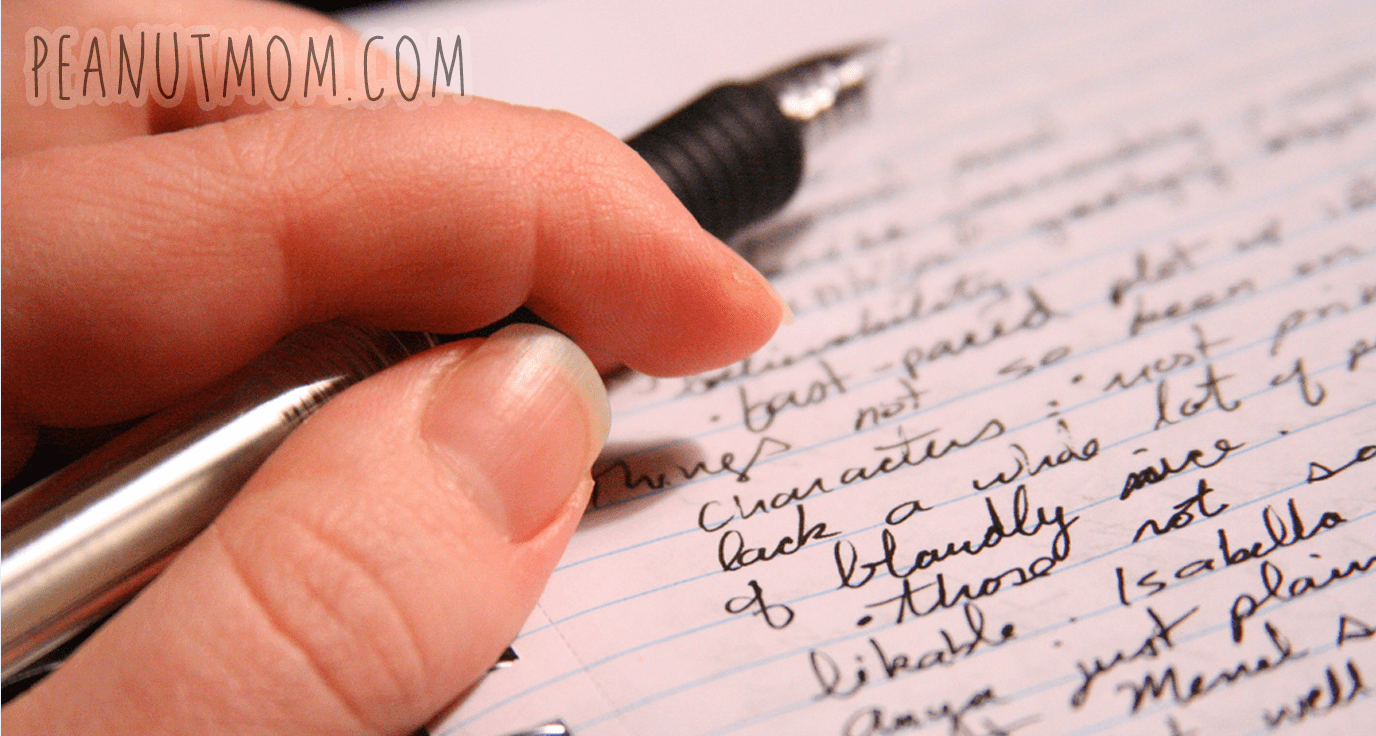 Squeak is turning two this month.

TWO. Wow. I know it’s cliché as all get-out, but I am in disbelief that it’s been so long since he was squirming in my belly, or a wrinkly-sweet newborn. Now he’s a chatty and stubborn little flirt, who knows the easiest way to get out of trouble is to flash that huge grin at us.

As his birthday approaches, I’m thinking about what I wish I had known when I started this whole parenting gig. A few messages are for my pre-kid self, in the hopes that No-Kids Lydia will drop her preconceived notions.

Other messages are for my one-kid self, because I can see now that choices I made with Peanut weren’t the same decisions I’d make now. Some of them are safety, and some are sanity.

The car seat: going from rear-facing to front-facing

When Peanut was nearing age two, her long legs seemed uncomfortably cramped. I turned her a few months before her second birthday, thinking she’d be much more comfortable that way.

Since then, I’ve learned a thing or two about baby spines. Their vertebrae are connected by stretchy cartilage, and in a crash, that same cartilage stretches several inches. The spinal cord inside it, however, can only stretch a quarter of an inch. That’s the recipe for a quadriplegic or worse. The risk of death or serious injury is five times higher for kiddos facing forward (in a front-impact crash), and four times higher for front-facing than rear-facing (for a side-impact crash).

In short: keep your toddler rear facing as long as your seat’s height/weight limit allows. Or, better yet, buy a seat with higher limits. Unlike his sister, Squeaker is going to be rear-facing for a long time, and he’ll be just fine with it, because he won’t know any different.

My kids’ safety comes before their comfort. We make our kids wear bike helmets, despite them being uncomfortable, because it saves them from brain injury. Why would car seats be different?

Get your boobs ready, sister. This is going to take a while.

This one is for my pre-kid self, who went into this whole pregnancy/parenting gig decidedly ambivalent about nursing. I surprised myself when I suddenly became very determined to nurse, slogging through the difficult early weeks and nursing Peanut for 14 months, when I had to stop breastfeeding so we could start our second iVF cycle.

Leading up to that 14 month mark, I tapered off my pumping sessions at work until I was down to just one at noon, around 10 months, and by 12 months I was able to stop pumping at work altogether.

I don’t know why I was in such a hurry. Maybe my body drove the timing, and my production dropped because she was sleeping straight through the night. Without the night nursing, there was nothing to stimulate supply.

Not the case with Squeak. I was pumping 2x a day at work until he was 16 months old; I cut back to one pumping session at 16 months, and finally stopped pumping at work when he was 18 months old. He also only started sleeping through the night consistently a few weeks ago, after we night-weaned in early April. I nursed that kiddo at least once, usually more, every night for TWENTY-ONE MONTHS. It was crazy-making. I don’t know how I functioned on so little sleep.

Basically, I’d tell my pre-kid self to get ready for nursing to be a very, very big deal for the next four years of your life. And I’d also tell her to throw out all those pre-baby bras, because they are going to be worthless when you’re finally ready to wear a normal bra again. *sigh* I miss milk boobs, and damn I definitely miss my breastfeeding metabolism. I could eat whatever I wanted, and now I have to readjust to moderating my calorie intake for the first time in almost five years. Yeah, yeah… I know some of you are shooting daggers at me through your screen, sorry, but it’s a crappy adjustment regardless.

Zip it when your kid falls down.

The first time I saw it, I was sitting in Bryan’s backyard (my husband’s friend), one sunny evening while his toddler played. Suddenly, the little guy took a big spill. Bryan watched it happen, and when his son finished his face plant and looked up at Dad, Bryan took both arms and swept them outward in a classic umpire signal.

“Safe!” Bryan said reassuringly, his smile never faltering. The toddler contemplated this for a moment, then got up and went back to playing. Bryan returned to his adult conversation.

I’d never seen parenting like that before. Most parents I knew took a sharp breath when their little ones fell, then snuggled them while they cried it out.

Nathan thought Bryan’s strategy was a no-brainer. “Kids look to Mom or Dad to know how to feel. If you don’t freak out, they won’t either. Duh.”

I implemented that philosophy with Peanut and Squeak from their first mobility days, and dammit if it isn’t the best thing ever.

When they tumble, we clap and cheer: “Great job, buddy! Good fall-down!” Sure, my kiddos cry sometimes, but only when it’s a big spill and face plant. Bonk on the head, or skinned knee? NBD.

When Squeak takes a tumble, he’ll rub his head, saying, “Mommy, bonk” with a furrowed little brow. Sometimes he’ll ask me to kiss it. Then he’s back to playing. I hope this means my kiddos will understand early on that physical pain isn’t the end of the world.

In summary: Let kiddo take the lead. If you don’t freak out, they’ll keep their cool too.

Before I had my own kids, my sister’s adherence to her kids’ nap schedule was annoying. I did not understand why we couldn’t stay at the pool an hour longer, or go shopping in the afternoon.

Woo boy, do I ever get it now. The nap schedule is SACRED. Sure, you can skip nap for your two year old. But should you, if that skipped nap means your child turns into a Gremlin at 6:30pm, forcing you to wrestle her into pajamas and down an entire half-bottle of Pinot Grigio on a Tuesday night?

My sister might have been the Nap Nazi, but I have joined her club.

I’m a little more flexible on bedtimes, especially in summer, and especially when we are at the grandparents’. Sometimes, for the sake of letting your kids have a childhood, you gotta stop watching the clock. Fourth of July fireworks, for example.

My point: Don’t get annoyed with moms/kids who have a schedule they stick to. They’re happier when kiddos are rested, and everyone around them is too.

Make them eat their f***ing vegetables, for the love of god.

The eating specialist we saw for Squeak and Peanut earlier this year put it to me gently: my kids eat as lousy as they do because at some point in their babyhood, after introducing solids, I caved when I should’ve pushed. I should have been spooning more avocado and less banana into their wittle mouths. I have to share some of the blame for their bad eating habits. And I wish I could do it over again.

The lesson: It doesn’t matter if they prefer the sweet stuff. Make them eat the veggies.

When you don’t, the only restaurants you can take your kids to are ones with 24 hour breakfast, or you’re stuck bringing your own food. Trust me, it sucks.

Mother knows best… unless it’s advice on parenting an infant.

Let me preface this by saying I love my mom. She’s a pretty great person and she spoils me and my kids rotten. We’re all crazy about her.

But when it comes to parenting advice, there was a lot I had to learn to ignore. And it was (and still is) really, really hard to completely disregard what my mother told me to do. Some examples of her advice:

OK, I will stop picking on my mom now. Do your best to be respectful when the advice comes your way, but don’t feel bad if you ignore it completely.

Suffice to say: Trust your gut, read lots of books before baby comes, and be strong in your opinions [so long as they are based on facts and not some blog you read from a nutso anti-vaxxer on the Interwebz].  People you trust will challenge you, so be prepared.

I can’t go back in time and talk to Pre-Kid Lydia. That’s probably a good thing though. I think I would punch her in the face if I met her socially. All she talks about on Facebook is working out, traveling, and home improvement projects. She suuuuuucks.

But maybe you’re pre-kid yourself. I hope some of my “looking back I wish I’d done X” ruminations will help you avoid the mistakes I made going in.