Point it down, son 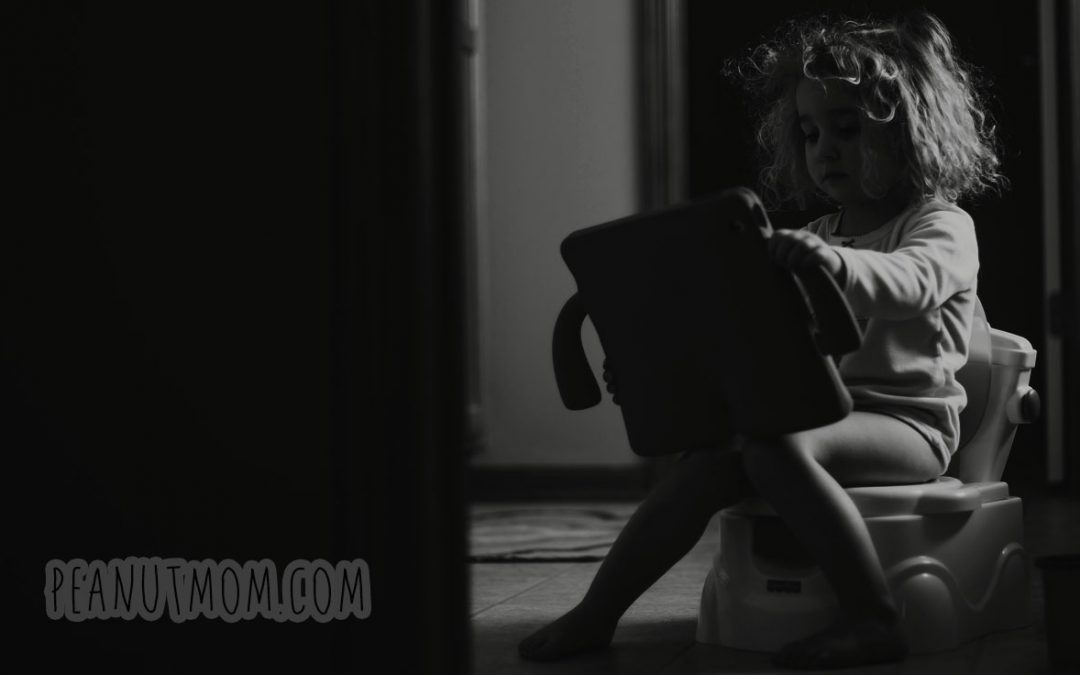 Squeak will be three years old next month, and he’s nowhere near potty trained.

Yes, I know, I know… boys take longer, every kid trains on their own schedule, blahblahblah. I’m just really super sick of changing poopy diapers, and in general, sick of buying diapers, period.

Screw you, Pampers, and you too, Amazon

One huge reason I’m sick of buying diapers: the box of Pampers Swaddlers we’ve been buying for ages has suddenly skyrocketed in price. Last month it cost $27, and this month the price jumped to $48.

What the hell, right? I checked the reviews, and I wasn’t alone; oodles of customers were pissed about the insane price swings. I was NOT paying nearly $50 for a box that had cost $23 less the month before. Suck it, Pampers and Amazon, and I’m including you both because I’m not quite sure who to blame for the price swings: the greedy jerks at Procter & Gamble, or Amazon’s pricing algorithm.

Our first box of Target diapers arrived this week, and I’m pleasantly surprised since the last time I tried them, back when Peanut was a baby (which would’ve been around 5 years ago). They’re softer than they used to be, and even have the “wet” indicator stripe, which is a must for idiots like us—we’ve been spoiled with Pampers’ wet-indicator stripe for a long time and pretty much never developed the ability to tell a wet diaper from a dry one simply by squeezing it (unless it’s a SUPER wet diaper, in which case, duh).

I know I’m not supposed to compare kids, but pardon me for a moment while I compare kids. 🙂

Peanut potty-trained just before two and a half. Prior to that, she’d been having a lot of dry diapers at daycare, and at every diaper change, sat on the potty (and oftentimes peed a little in the potty, too).

Squeak matched his sister’s timing with the dry diapers at daycare, but the big difference is the potty-sitting. He refuses to sit on the potty, whether at school or at home. He wants nothing to do with it, and every time the girls at daycare offer, he shakes his head adamantly: “NO WANT TO SIT!”

He could, but he chooses not to

Okay, fine. So we wait. We wait for signs that he’s ready. I know he is capable of training. After all he wakes up every single morning with a dry diaper. He announces his bowel movements in progress (“Don’t come here Mommy, I’m pooping!”) and immediately comes to me after pooping for a new diaper. Unless he’s having fun playing, in which case he delays the new diaper until he’s damn well good and ready to stop playing.

So he could do it; he just chooses not to. And I’m far beyond the point of ready, which is what makes this So. Incredibly. Frustrating.

I’ve tried all the tricks: the cheap little $3 receptionist’s bell, which you can only ring when you use the potty (Squeak didn’t care one whit about ringing a bell). I tried the Cheerio in the toilet trick (Squeak got upset that I had thrown a perfectly good Cheerio in there and tried to dig it out and eat it).

I even picked a weekend and declared it Potty Training Weekend, but we lasted only a few hours when Squeak would sit on the potty for approximately four seconds at a time and pop right back off, screaming if we tried to put him back.

So potty training will remain elusive in this household, while I wait for my almost-three-year-old to be “ready.” For a Type-A personality like me, this kind of zero-control waiting is super hard. I can do nothing but sit back and wait, with no real timetable, but with the general knowledge that someday he will potty train.

When he does start training, I’m resigned to cleaning up accidents. The funny thing is, I’m already doing that part. Squeak has a real affinity for playing around with his penis, and oftentimes when he’s done with one of these “mashing” sessions, he pulls his hand up out of his diaper and his penis ends up pointed up toward his waistband. The next time he pees, he gets a surprise: pee shooting up his stomach, all over his shirt, then running down his legs. It surprises him every single time, even though he manages this trick about once a week.