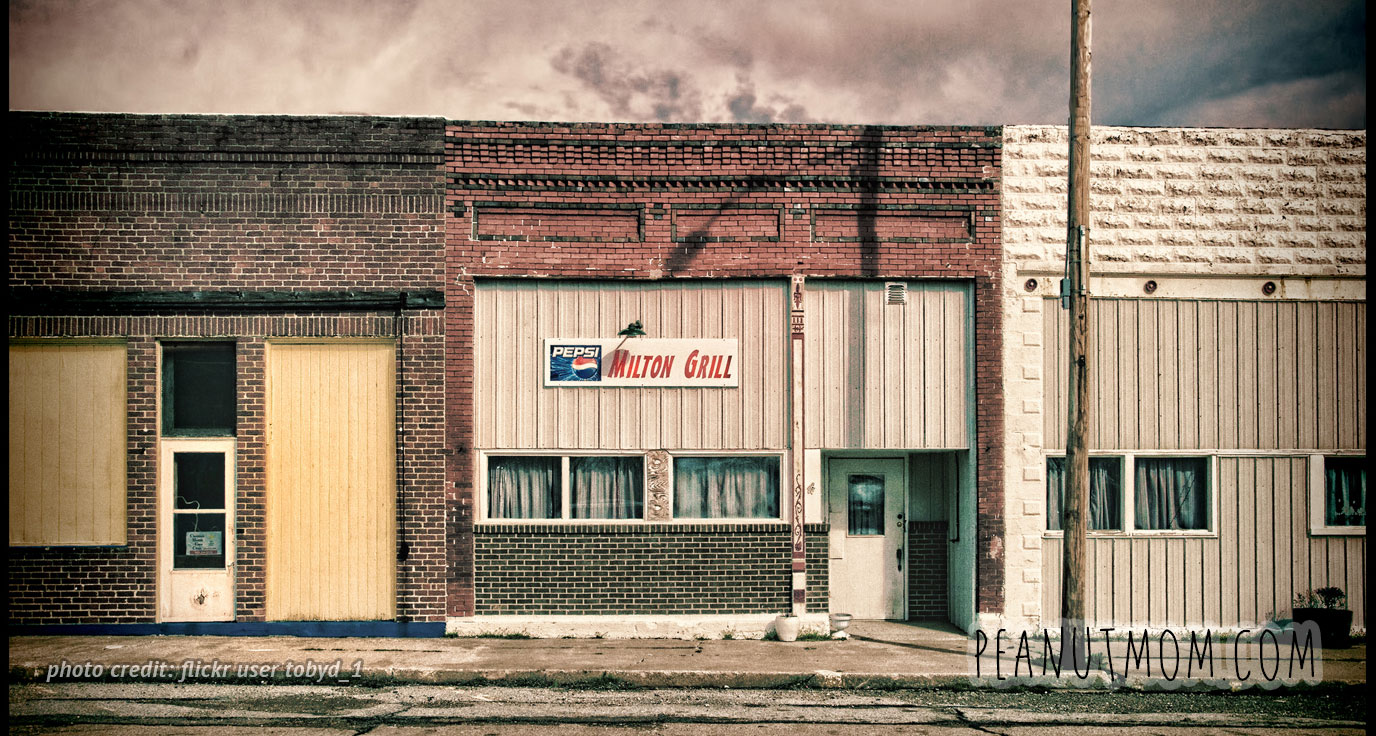 I grew up in a small Iowa town just a few miles from the Missouri border. There were only 575 residents, smaller than some major city high schools.

Most of us, probably 99%, looked the same: white. There were a few Asians, adopted from Korea as babies. There were no black students. During my sophomore year our first Latino arrived. He was a talented musician and a decent kid. He was nicknamed “Taco” in his very first class, and the moniker stuck through graduation.

Because we were so homogenous, race was never discussed. Racism didn’t seem to exist, if only because we didn’t think calling a Latino boy “Taco” was racist. And me? I saw black people on television, and listened to 2Pac, so of course it was obvious—I wasn’t racist, right?

I left home at 19, and headed for a large state university. I was terrified, and in awe of the melting pot called Iowa City. I could walk down the sidewalk and hear five languages being spoken! Whoa.

My first semester, I took a course called Human Relations for the Classroom Teacher. I needed a humanities credit, and my mother (a guidance counselor) had selected my courses for me. I didn’t know what to expect when I showed up.

At the first lecture, the professor—Scott McNabb—explained that the course would open our eyes to discrimination and our predefined ideas about race. He said we all had biases, which made me roll my eyes. I wasn’t biased; I listened to 2Pac, remember?

A few days after lecture came the discussion sections. Lecture is the full 200 students, while the discussion takes place in smaller segments, maybe 20 or so students. When I entered the discussion classroom, I was surprised to see a black woman as our Teaching Assistant. A glance around the classroom left me feeling uneasy.

There were several Latino students. A couple black students. A white girl with a huge human heart tattooed on her massive bicep, her hair shorn close to her scalp. I could see all levels of wealth represented (or at least I thought I could, based on the backpacks each carried and the clothes they wore). There were a few who looked like me—white, middle class. But many more who did not.

I was uncomfortable. The business college, where I took most of my classes, did not look like this.

But I wasn’t afraid to stand up for what I believed to be true: I wasn’t racist.

I remember one class very clearly. We were discussing Indian-themed mascots (Warriors, Redskins, Mohawks, etc.) and the recent push to do away with them out of respect to Native Americans. We were asked to choose a side, and then debate the topic.

I parked myself squarely on the “Keep the Mascot” side, along with another white student. Everyone else sat opposite us, supporting removal. The discussion got heated.

What the hell is their problem? They need to suck it up, I remember thinking.

Something about my participation alarmed the TA. Halfway through the semester I was called to a meeting with the Professor. In a lecture of over 200 students, I was being singled out to meet with him. I was flattered, but I shouldn’t have been.

He asked me what it was like where I was from—what the town looked like, and my beliefs about specific groups. Did I have friends who were black, Latino, or Asian? Jewish, Hindu, or Catholic?

He was kind, but also gently pointed out how my total lack of experience with these groups was making me unsympathetic to their plight—a plight I had steadfastly denied the existence of.

My best guess was that the TA had reported my pigheaded behavior, and this professor, thinking I could be dangerous at the front of a classroom someday, had felt responsible for my enlightenment. I was in need of a lightbulb moment; he was going to give it to me.

I remember trying hard not to cry throughout that meeting. I’m pretty sure I failed.

I left the professor’s office that day embarrassed. I had been blind to a huge gap in my racial and ethnic education.

The racism I’d been exposed to my entire life came into sharp focus. The way my grandfather referred to black people as “nig-ros” (he’d later call President Obama “that nig-ro”). The common term that was used when you needed to rig up a fix for something: “Just ni##er-rig it.”

(I actually said that to my first roommate in college once. She looked at me, mouth agape, as she should have. I thought everyone said it. Back home, everyone did, and I somehow had believed it wasn’t a racist phrase.)

I no longer looked at my quaint hometown with total respect. I was angry at its homogeneity. It had plopped me squarely inside a huge hole—one I now had to dig out from. I wasn’t sure I could do it.

I would never grow if I didn’t extend my social circle outside of the other white Christian kids. And I was still too scared to try.

I met a boy. Well, a man. We fell in love, and eventually got married.

My husband has lived in many more places than me. Los Angeles, Boston, and sixteen different cities in Wisconsin. Part of his childhood was spent in the inner city of Milwaukee. His best friend is black. His L.A. roommate was a Native American, and his large circle of friends, while not an entire rainbow, is still a pretty decent bag of Skittles.

Being married to someone who, thanks to a life lived among many races and ethnicities, sees skin color much less than I do, has helped me with my biases.

After the 2016 election results came in, the media talked at length about the uneducated rural voter and how racism played into their vote. Folks from all over the country, including my hometown, felt victimized; “We’re not racist,” they claimed. “How dare the liberal media paint us with the racist brush!”

Unfortunately, my own experience goes to show that yes, rural areas are often racist. Even if they don’t see it, rural areas have inherent bias built into their DNA, because they’re rarely diverse. Having limited “exposure” to other cultures via the television, media, or internet is not the same as living among people.

When your community has faces of every color and creed, and those families are treated exactly the same as any other, you can talk to me about a racism-free community. Until then, own up to the insufficient racial education that rural America provides. Be the family who doesn’t perpetuate it.

I can’t claim to have fixed my character flaw; I am not free of bias and subconscious racism.

Sidenote: In addition to racial miseducation, I was also painfully ignorant of many religions. I met my first Jewish person sophomore year of college. His name was Lawrence and he was from Minneapolis. I think I looked at him like he was a zoo animal, too scared to talk to him.

To further underscore the point, one Wednesday in the spring, I actually approached a girl near the union to ask what was on her forehead. I’d seen a smudged black mark on so many people, and had no idea what it was.

“Is it some kind of sorority thing?” I asked her. She scoffed and burst out laughing. My expression didn’t change, and she realized I was dead serious.

I shook my head; no idea what the connection was. She rolled her eyes. “They put ashes on your forehead, if you’re Catholic,” she said, then strode off.