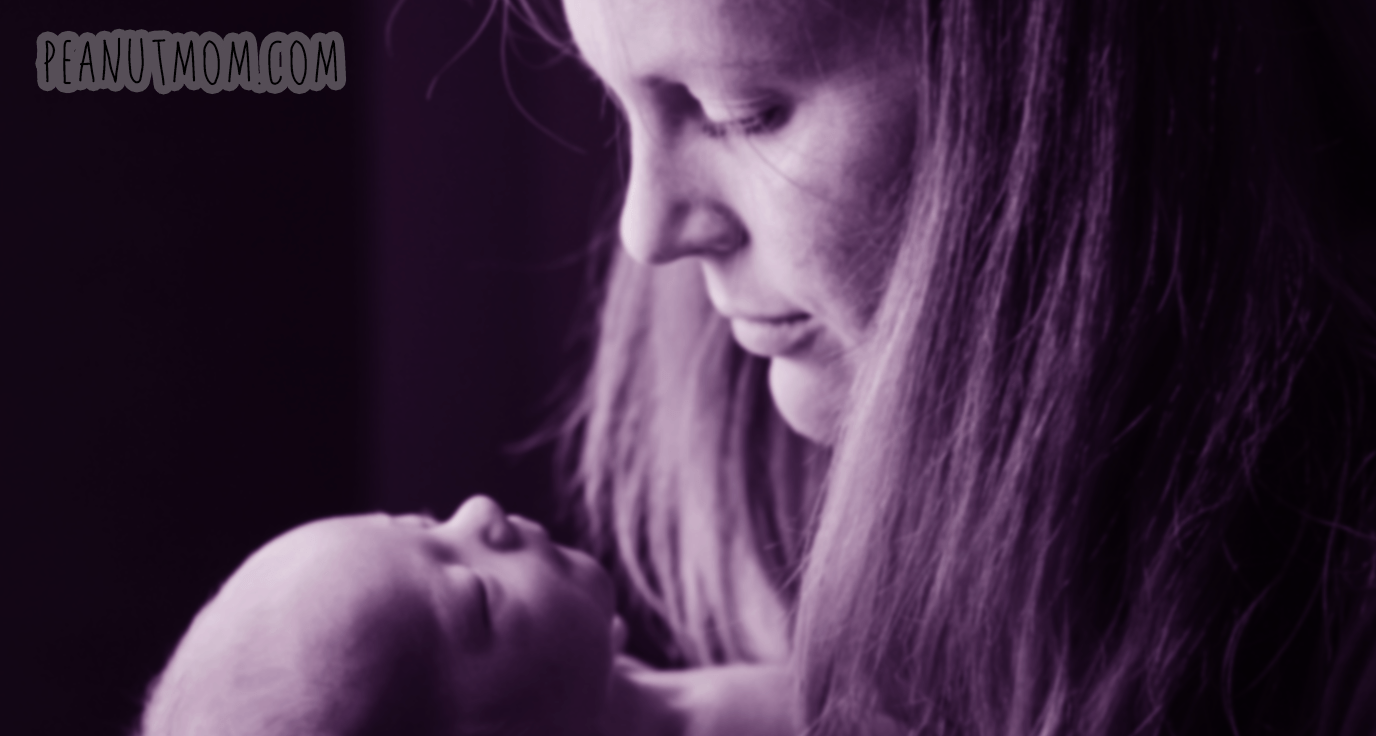 I remember how I felt as Peanut approached her first birthday. Excited. Proud. Happily anticipating her next milestone, and looking forward to snapping photos of a frosting-covered baby at her birthday party.

This time around, I was near-crazy with nostalgia.

In the days leading up to his birthday, I would wake up in the morning and wistfully think about that same day a year earlier: “Awww! This is the day that I started peeing 12 times a day, and got sent home from the hospital with false labor!” and the next day: “This is the day I bawled almost all afternoon, and cried over my noodles at lunch with my boss!”

When his actual birthday arrived, I found myself feeling weepy all day, and watching the clock, marking the anniversary of every minute. “It’s 5:41pm! One year ago at this minute was my first contraction!” and “It’s 7:05pm! My water broke one year ago right now.”

At 10:02pm, the moment he entered this world, I smiled, and though the birthday party around me was noisy with the sounds of my nephews playing, and my sisters and parents telling stories and laughing, I gazed off into space, thinking back to one year earlier.

I remembered that magical moment: the screaming, vernix-covered baby laid on my stomach, and panic rising up in my throat that this tiny protesting creature was mine to care for (I believe my thoughts were, “Holy shit, I forgot how tiny they are! How the hell do I hold him?”). I stared into the distance, remembering, and I was profoundly sad.

I have no idea exactly why such a happy moment made me so morose.

I could take a guess or two, I suppose. Maybe it’s the Last Baby thing. That’s the last first birthday I’ll ever celebrate with my kids. And Squeak’s birth was, and will continue to be, the last labor & delivery I’ll ever experience. (As weird as it sounds, I will really miss having babies. I was lucky to have a first and second birth that went super fast, pretty much according to plan, leaving me with really amazing memories, and an itch to do it again… I know, you can punch me in the face later!)

Or maybe it’s because my wittle baby boy is growing up. Which means the beginning of the end of all things baby. Like nursing (I hope we have many years of nursing left, but Squeak is running that show, not me), or snuggling a teeny human in my arms, or his face lighting up like a Christmas tree when I enter the room. Every milestone is 95% delightful but 5% sad, because my little guy is getting older. He’ll never be more of a baby than he is right at this moment.

I’m done having babies—I know that with certainty. But I’m mourning the end of my baby-making years all the same.

To be honest, I think I was ripped off in that department. Some women have babies for decades. My grandmother started in 1946 and finished around 1961. Fifteen years from start to finish. My own mother was pretty speedy, and spanned 7 years between her first birth and her last.

I got pregnant with Peanut in December 2011. I had Squeak in July 2014. The baby-making period of my life ended just two years and seven months after it started.

I never knew that “being done having babies” was a life stage. I just assumed you were so busy parenting that you didn’t really notice.

But I do notice. I see the pregnant bellies around me, the shiny newborns on my Facebook feed, and I’m wistful about those days. The amazing process of making new humans (even in a petri dish, it’s still amazing), the hope, the wonder, the anticipation. It’s pretty awesome. I loved it. And I’m mourning the fact that my time in that stage of life has passed.

Tonight, Peanut threw the world’s biggest tantrum over eating pizza for dinner. (That’s right, PIZZA. Seriously, what toddler doesn’t like pizza? Apparently mine. Ugh.) We finally backed off on the pizza and offered her something she rarely agrees to eat: chicken nuggets (Again, wtf?! My kid needs a lesson in Typical Toddler Food, because she won’t eat the stuff all the other picky kids will eat… urgh!). I sat with her as she nibbled the tails and legs off her dinosaur-shaped nuggets, while the dog watched her carefully, hoping she’d throw a bite his way.

“The doggy poops in the grass,” she informed me, out of nowhere. I laughed and nodded, and asked her where the cat pooped. She considered the question thoughtfully. “On the porch! On the cron-crete!” she answered, and I burst out laughing. (Our asshole cat spends most of the summer months outdoors, so he poops on our front porch.) The fact that Peanut had noted his faux pas was one of those truly funny moments… one that’s only funny to us, her parents. That’s parenting. And unfortunately it makes my husband’s job as a stand-up comedian that much harder. There are funny things happening all day long in our house, but he has to figure out the 1% of events that are truly amusing.

I’m not wavering in my decision to be done having children. I’ll get through this tough spot; hopefully by Squeak’s second birthday I’ll have embraced the next stage of my life: raising the beautiful little humans I made.

(And trying my hardest not to screw them up.)