The word of the day is: Muffin Top 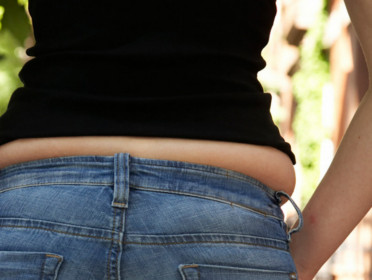 I go back to work October 2nd, which is over a week away. However, because I want to have a say in an upcoming project, I’m putting in a full day of work tomorrow. In preparation, I pulled out my dress pants and tried them all on to see what would fit.

I didn’t think this would be a depressing exercise. After all, I am back to the weight I was before I had Peanut. Note, I didn’t say I was back to my pre-Squeak weight, but I started this last pregnancy 10 pounds lighter than I started my first, thanks to 14 months of breastfeeding. (I promise, I didn’t work out at all. In fact I cancelled my gym membership after only going 5 times in 2 years. But maybe that fact just makes it worse. I’m not bragging. Just telling you that I didn’t go to any heroic measures, so I deserve no credit. My genes get all the props.)

I was still wearing the same dress pants as pre-Peanut, they were just a little big on me.

So… back to the “trying on my pants” thing. Yeah. To put it in Sesame Street terms, “The word of the day is…. MUFFIN TOP.” 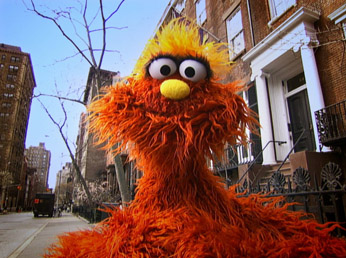 I must remember that the weight on the scale does not a pants size make.

I had to make an emergency run to Banana Republic Factory Store to buy a pair of dress pants one size bigger than everything I have, so I won’t have to wear yoga pants to the office tomorrow.

That said, I must remember a few things, and set a few new rules:

1) It took me 9 months to gain the weight, and my body did it for a reason. I’m not going to be too hard on myself until 9 months have passed post-Squeak.

2) I’m getting old. My pudge is redistributing. Boo on that.

3) Perhaps the reason I’m not losing weight as quickly this time is because they opened a cupcake shop in my town. New rule: only ONE cupcake per week. (sad face)

Regardless of my plan to attack this challenge, I realize that not being able to fit into your clothes, no matter how good the reason, is depressing.

Now, to find a bra that doesn’t make me look like a bushwoman out of National Geographic…..