First trimester, how I loathe you 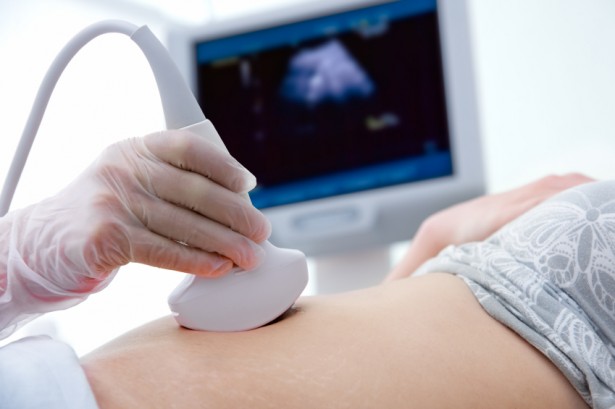 Having a baby screws with your memory. It makes you forget things, like how terrifying it is to poop the first time post-birth, and what contractions really feel like.

It also makes you forget the agony of the first trimester.

(To you ladies who had effortless, zero-nausea first trimesters, I dislike you immensely. Please don’t pipe up with your shiny happy stories. Just keep quiet. Kthx!)

I can’t remember feeling this shitty with Peanut. I almost positive I didn’t. In my 10th week with my first pregnancy, my husband and I went to Ecuador. Aside from some nausea if I didn’t eat crackers often, and having a big appetite for small meals, I don’t remember being miserable. I was well enough to be in Central America, for pete’s sake.

This time, my energy level is pretty much zero. I’m a vegetable, married to my recliner. I can’t get up the energy to do much.

My nausea is through the roof, and my entire digestive system has thrown up its hands and said “Screw this. Carpe vacay, motherf*&ker.” Nothing is getting accomplished in there; the whole team’s on hiatus. I’m pretty sure every meal I eat just adds to the clown car. Radiating cramps and stomach pain leave me curled up in a ball for hours after I eat. Once they stop, I have about 20 minutes of reprieve before the hunger pangs begin and we start over. 🙁

Then I went and got the stomach flu on top of it all! I actually threw up a couple of times last Monday night, and the next day I was freakishly achy and more exhausted than usual. My poor husband barfed all night, so I think we were equally afflicted with whatever we caught. Lucky Peanut went to daycare while the two of us slept until 11am and tried to regain enough energy to drink a glass of 7Up. He was on his feet by the next morning. It took me several more days to feel semi-normal. 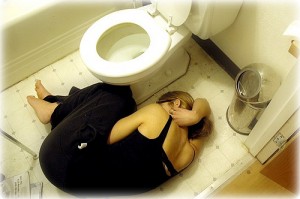 This was me on Monday night. And a few times since, but false alarms. Ugh! First trimester suckage!

As far as cravings, it’s still potatoes, bread, and carbs-carbs-carbs. One big difference between first-time pregnancies and second pregnancies, at least for me, is that I don’t even try to make my snacks “healthy.” If my stomach says it wants Cheetos, and everything else makes me gag, Cheetos it shall be. My body won’t steer me wrong. I’ll eat salads later.

My exhaustion is partly thanks to crappy sleep. After the embryo transfer, I stopped taking my medication (just as I did last time). It always screws with my sleep for several weeks (night terrors like crazy) until my brain gets back on track. I’m starting to have a good night here and there, so we’re on the home stretch… I hope.

Suffice to say, I am bitching and complaining here. Sick and tired of feeling sick and tired.

But the clock is running out on this misery. As of today I am 10 weeks and 1 day along. This shizat will end soon, thank god! (At least, it should.) I’ll have the bliss of second trimester to look forward to. And spring. And warm weather. And garage sales! Yippee!

Memory loss should kick in again by then and I’ll forget how crappy I feel now. It better. Or I’ll be that girl who warns all her pregnant friends about how much the first trimester sucks, and won’t shut up about it.