The Chuck Norris of IVF 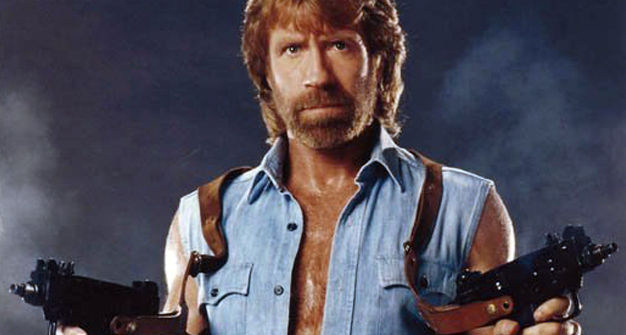 Finally, after 11 weeks, I started my cycle ALL BY MYSELF!

After that happened, things began to move very quickly. Or at least it seemed that way. I called the clinic and they laid out my schedule: I’d start taking Estrace two times a day (that’s to keep my body from maturing and releasing an egg on its own — the docs want to control my cycle closely for the frozen embryo transfer). On day 18 of my cycle, I’d have an ultrasound to check my uterine lining (it should be nice and fluffy for an embryo to snuggle into). They’ll also make sure I didn’t ovulate on my own. If I do, it will screw everything up hormone-wise.

On day 20, I’ll start the dreaded Progesterone in Oil shots (aka PIO shots). Five days later we’ll do the transfer. One (hopefully perfect) little embryo will go into the Uterine Hilton, ready to stay a while.

Ten days later I go back for my pregnancy test (in infertility lingo, it’s called a ‘beta’). Well, actually it will be 12 days later, because my 10th day falls on a Saturday. Turd’s luck, right?

If it’s positive — even just a little bit positive — I’ll have to continue the PIO shots until the 12th week of my pregnancy. And this is where Chuck Norris comes in.

Last time I did PIO shots, I had three people I could count on to give me shots — my husband, my next-door neighbor (I’ll call her Stacy), and my friend Dawn. My husband did about 65% of them. When he traveled, Stacy stepped in. Dawn injected me just once. (I gave myself one shot, in the leg; a nightmare you can read about here.)

But then Stacy up and moved. I’m still sad because she was one of my closest friends. I miss her like crazy.

And as we start this journey again, I am freaking out. Who will give me my shots when my husband travels now that Stacy is gone?

I have a neighbor four houses down who is a nurse, and she’d be happy to help. But I’ve got about 25 minutes to catch her each night before she heads off to the night shift. I could ask another neighbor, but that would require either packing Peanut to someone’s house in the subfreezing temperatures, or asking them to tromp through the snow to my house. Neither are very convenient.

My friend Christa is my infertility freak-out sounding board (she’s also the one who gave me great advice after my ‘just a little bit pregnant’ beta). She’s been through all of this and knows how to talk me off the cliff. She’s also one of those girls who sucks it up and get shit done. Her husband was gone for work a lot too, and she decided that giving herself the PIO injections was the way to go. And she just did it. I emailed her for some encouragement, and she delivered.

At Christa’s suggestion, I started Googling for how-to videos. “How to give yourself a PIO injection” brings up a LOT of videos (this one is my favorite). The more I watched, the more my resolve grew. I could do this.

After watching 20-some videos, I came across this blog post calling women who gave themselves PIO shots “The Chuck Norrises of infertility patients.”

I want to be Chuck Norris.

I think I will do as Christa suggested — lie on my side, legs scissored, and poke away. I might need a little encouragement, and for that, I am fully prepared. My bedroom wall is now adorned with some new artwork: 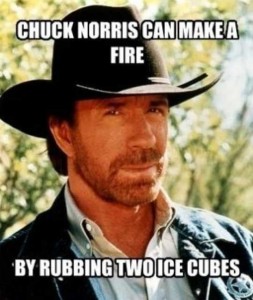 Bring on the needles.