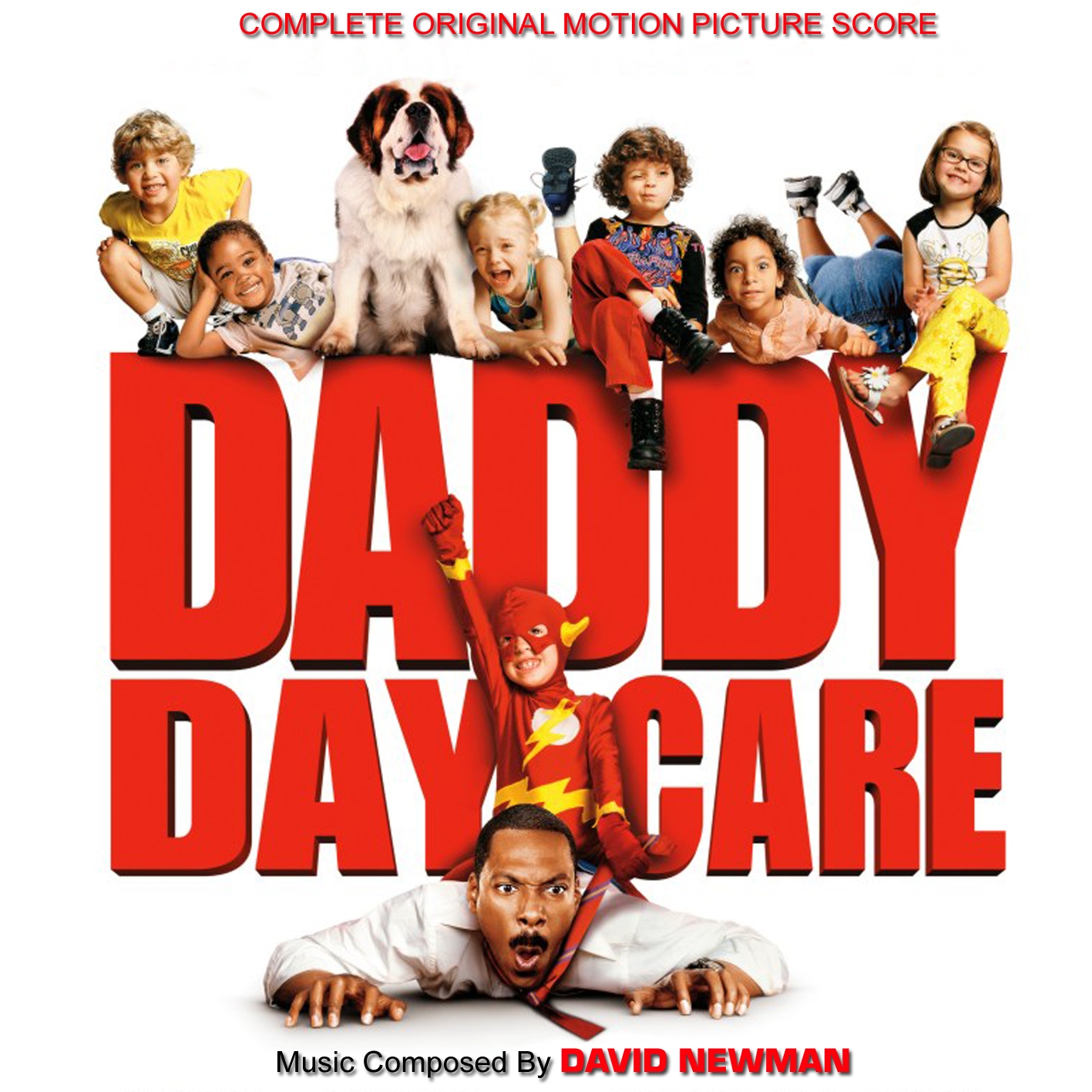 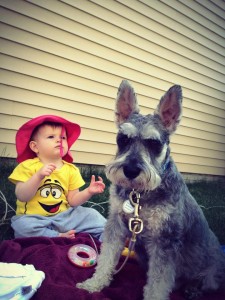 They were laying on a blanket in the shady front yard when I pulled into the driveway. She was wearing a little brown sweatshirt with a cupcake on the front, her naked little booty in the air, sans diaper. My husband was sitting next to her, keeping her corraled on the blanket despite her best attempts to escape. The dog sat on the grass, tie-out fastened to his collar, watching cars go past.

I joined them on the blanket and we sat there, for half an hour, watching the neighbor kids run through their sprinkler and other neighbors arriving home from work. Peanut climbed onto my lap, then face-planted on the blanket, then climbed up my chest again, just to face plant a second time. She was delighted with this trick.

Gnats aside, it was a fun little moment. I kept waiting for my husband to get up and go inside, to putter on his laptop or to leave for the gym. He’d been with her all day, and surely he was ready for a baby break. But he didn’t leave. He stayed on the blanket with us, enjoying the cool afternoon shade.

My husband stays home with Peanut two days a week. Typically he takes Monday and Tuesday, and she goes to daycare Wed-Thurs-Fri.

When we were dating, my husband talked about a friend of his. This fella had become a stay-at-home father when his wife had their first child, despite not being particularly well suited at the stay-at-home-dad gig. He wasn’t pleased with his new vocation, and while he performed his duties admirably, he was grumbly about it.

I was scared my husband would resent me if I put him in the same position, so I promised him I’d never make him do ‘daddy daycare.’

When we hit the second trimester of our pregnancy and started shopping for daycares, I assumed we’d look for full-time, 45 hours a week. But my husband insisted on part-time. “I’m home a few days almost every week,” he argued. “There’s no reason to spend money on daycare when I can take care of the baby.” He wasn’t over the moon about the idea, but my husband is nothing if not thrifty.

After my maternity leave, he started his Daddy Daycare routine, two days a week as promised. I kept waiting for him to change his mind. I’m still waiting. Every time she has a bad day, a fuss-pants day where she insists on being carried or refuses to nap… I keep thinking he’ll ask for a take-back. But he never does.

In fact, he’s militant about his days with her, and talks about it all day on Sunday. “Tomorrow it’s just you and me, Peanut!” If he’s been out of town for work, he’ll sometimes cancel the babysitter so he can stay home with her and get his Peanut Time.

I love these little moments. They make me love my husband so much, because as lame as it sounds, seeing him love our daughter like he does is… indescribable.

An article in Businessweek explains that the struggle with work/life balance isn’t a female thing. “For women, work-life balance is an issue they’re struggling with consciously. For men, this is life as it’s always been.” I had never thought of it that way.  It was an eye-opening article.

I’m seeing it lived out in my own house. My husband has a different work schedule than I do, but he’s still concerned with getting enough Peanut time. Very concerned.

I hear stories about husbands who don’t see their non-work hours as precious time with their babies. Husbands who bury their nose in fantasy football or online poker as soon as they get home from work, not caring that they’re missing bathtime. There are only a few hours in the day that they can spend with their babies, but they fill those hours with things that don’t matter. Nobody on their deathbed wishes they’d spent more time playing World of Warcraft.

Maybe the women married to these men don’t mind. But I would. I’m damned happy I married a man who wants to spend time with our baby as much as I do.

(Even if he does let her run around diaperless so she can “air out.” Hey, it’s free daycare after all…. I pick my battles.) 😀