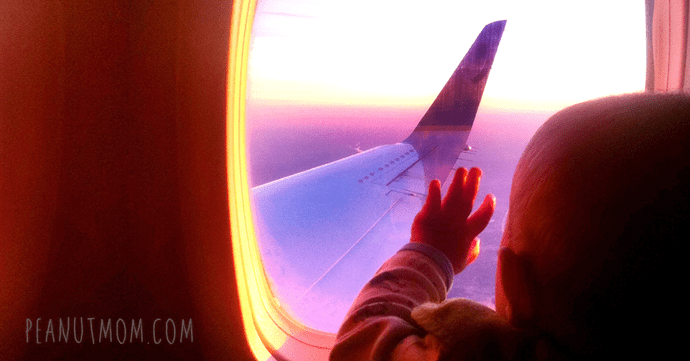 It’s the year 2085. You’re about to climb into the Family Truckster for a vacation. The drive is 8 hours, and your Truckster is one of the new models that goes fast. Very fast. Like 300 miles an hour fast. Your family consists of two parents and a one-year-old. Your spouse has a lot of experience driving the speedy car, and you and your son have ridden in it plenty of times.

Due to advances in technology, driving in 2085 is significantly safer than it was back in 2015, but every so often, there are storms or driver errors, and people get killed. But not many.

Also, let’s pretend that due to extreme politics taking over the U.S. government, there are no seatbelt or child restraint laws anymore. You decide and deal with the consequences.

So—back to loading the car. Knowing what you know about the situation, would you put your baby in a car seat, or just hold them on your lap?

Sounds ridiculous, right? You would always, always put your baby in a car seat. Especially at speeds of 300mph. Even if driving gets insanely safe, it’s hard to fathom a time when safety restraints aren’t a must for the well-being and survival of our babies.

Now let me turn the tables a bit.

It’s 2015. You’re booking an airline ticket for your family—mom, dad, baby—and you buy two seats. Then you call the airline and notify them you’ll have an “infant in arms,” intending to hold your baby on your lap during the flight.

See what I did there?

Are you making the connection?

Our society demands, and our government mandates, that babies be in approved child safety seats in cars. They start rear-facing, then turn forward-facing (though research shows we should be waiting to turn them, because their vertebrae are not solid enough yet). We mandate safety for babies in cars, despite the fact that most automobile travel maxes out around 75mph or so.

Yet we commonly step onto an airplane — a tin can that flies through the sky at over 500 miles per hour — and put our babies on our laps.

Why? Because it saves a few bucks.

Maybe you’re thinking that you can just put baby in a carrier strapped to your chest. Boom, problem solved. Not really. Regulations from the FAA do not allow babies to be in a carrier during takeoff and landing (the most dangerous times in a flight). So you will have to put them on your lap or on the floor. When you’re at cruising altitude, wearing your baby on your front will turn them into your personal airbag in case of a crash or sudden, severe turbulence. And baby head versus tray table = not a good combination.

I never thought much about flying “infant in arms.” In fact, we did this when we took Peanut to Mexico two years ago; she was just 11 months old.

Then one day I turned on the radio to an interview with Jan Lohr, a flight attendant from United Airlines Flight 232, which crashed near Sioux City, Iowa in 1989.

This particular crash was the result of an engine failure that rendered the plane’s systems useless. The pilots had to use the two remaining engines to steer the plane and lower its altitude. But without flaps, they couldn’t slow it down, and had to land at a frighteningly high speed.

The flight attendants prepared passengers for a crash landing. Four passengers on the flight were holding infants in their lap. One mother was distraught when she was told, by Jan Lohr, to put her baby on the floor in front of her seat. Lohr wasn’t going rogue; the FAA regulations clearly stated that infants in arms had to be placed on the floor in the event of an emergency landing. The FAA knew—quite correctly—that human arms are insufficient to hold onto a child in high G-force situations.

(Tiny science lesson: a 17-pound baby seems like no big thing to hang onto. Now imagine a 51-pound baby. That’s how much your 17-pounder will weigh when 3Gs of force is being applied. Not so easy anymore.

Here’s the bad news: 3Gs is not even close to what will actually occur in a crash. A “survivable” crash (striking at a relatively low angle, versus diving toward the earth like a javelin) will inflict about 12Gs of force on the people in the front third of the plane, 8Gs on the middle passengers, and just 6Gs on the folks in the back [yes, the back is the best place to be if you would like to survive a crash].)

The plane landed, cartwheeled, broke apart, and caught fire. Dazed survivors wandered out of the cornfields. That same mother confronted Lohr on the tarmac. She was hysterical. “You told me to put my baby on the floor AND NOW HE’S GONE,” she sobbed.

He was gone. Killed in the crash. Two of the four mothers carrying infants couldn’t find their babies after impact.

I’ll pause a moment to let that sink in.

If that story alone isn’t enough to convince you not to fly infant in arms, nothing will.

The second mother was luckier. The pilot of Flight 232 later wrote, “One of the survivors started climbing out of the aircraft and heard a baby crying; he went back inside, found the baby in an overhead bin where she had been tossed [during the crash], took her out of the aircraft and brought her to her family that had been driven out by the thick smoke.”1

Jan Lohr testified at an NTSB hearing after the crash of Flight 232. She said, “We are required to secure all items from carry-on bags to galley items, including coffee pots, to comply with regulations aimed at ensuring safety onboard the aircraft. We do this because we are trained that in an emergency loose items can become missiles flying through the cabin. A lap child is one of those ‘loose items’ in the cabin that may not only suffer serious injury themselves but also injure others.”2

Lohr has lobbied in Washington ever since, trying to convince the FAA to heed the recommendation made by the NTSB in the Flight 232 crash report: require babies to have a seat with an approved restraint system (basically, a car seat for babies up to 22 pounds, or an FAA-approved harness for 22 to 44 pounds).

For us, infant in arms isn’t even a possibility anymore. But we also know how tempting it is to save money on a flight. For that reason, we’ll probably avoid air travel until Squeak is 2 years old. No air travel equals no temptation to save moolah. We won’t choose to drive instead of fly—we just won’t go. It’s a small “price” to pay, in my view.

Nothing is more important than the safety of my children—nothing. My eyes have been opened to the incredible danger posed by flying with an infant in arms.

Hopefully yours have, too.

It seems overwhelming, but trust me, you can do this. Get tips and tricks from my other post, Air Travel with Babies & Toddlers: Car Seats and the CARES Harness.

TL;DR version: For a small kiddo, a Cosco Scenera carseat that’s light as hell and easy to transport, plus a GoGo Babyz Mini carseat caddy which will make changing planes and getting to/from your plane a BREEZE. For a bigger kiddo, a CARES harness for a kiddo between 22 and 44 lb. (~10-20 kg) in weight, less than 40 inches (~101 cm) tall that’s capable of sitting upright and forward facing. Guess what? You can also rent a CARES harness for about $13, but if you travel often, it’s worth it to buy your own.

Postscript — Car Seats for the Littles, a great car safety website, has a great article about air travel. Here’s a small excerpt that I thought was worth sharing:

Most parents, when asked, will say that a car seat won’t save their child if the plane drops out of the sky. I will concede that fact; two hundred dollars of plastic and harness will not likely help at the stop of a six-mile vertical drop. However, crashes from cruising altitudes are remarkably rare, thank goodness. Far more likely are runway emergencies or turbulence during flight.

At 150 mph your child would be your airbag, or they would go flying inside the cabin. A 20 pound child in a 150 mph crash would have 3,000 pounds of force to them. That’s enough to be fatal to themselves, and whomever they impact.

Even if baby is fine after being a projectile, and no one has been injured, if you have ten seconds to get off the plane due to toxic gasses or smoke filling the cabin, you’ll want your baby to be next to you to easily go. An infant can be six rows up and under the seats and easily overlooked during an emergency evacuation. If your child is next to you in a car seat, they’ll still be there after the crash. Remove baby and go.

Read more on this subject here, here, and here. And what the FAA says here.