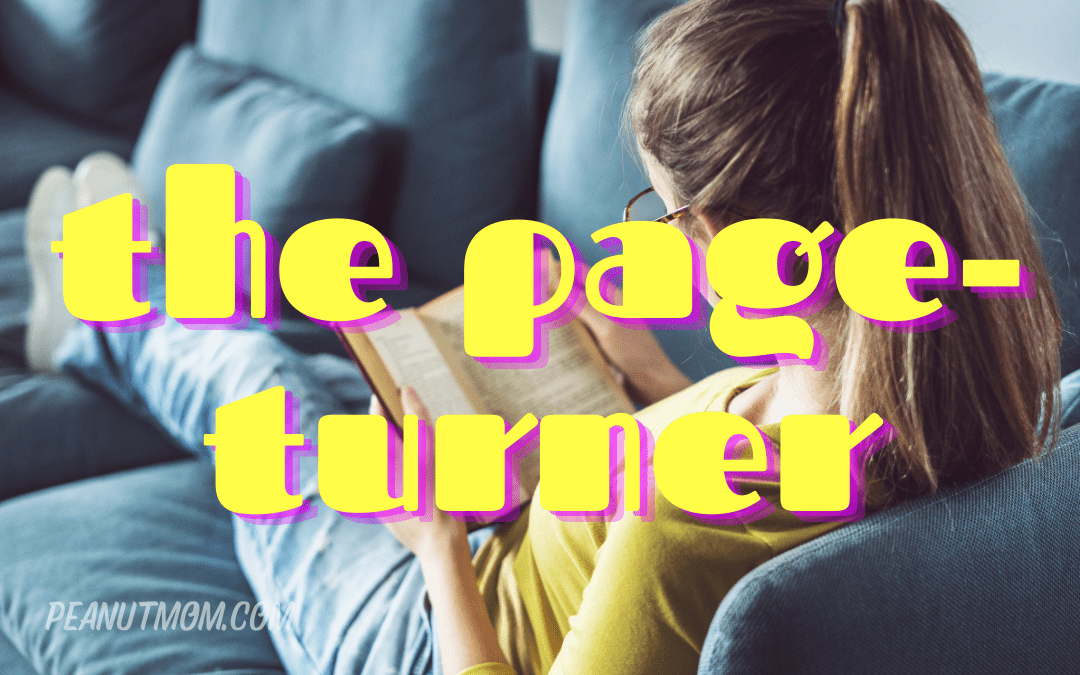 Back in Iowa it was cold and rainy. But soon I would be in sunny southern California! Even though I was there for a conference, I couldn’t wait to land and bust out the shorts.

Despite my excitement, when I arrived at the hotel and rendevouz’d with my coworkers, I told them to go to the free happy hour without me.

(I know, right? Something was really wrong. I never pass up happy hour on someone else’s dime!)

I couldn’t go to Happy Hour because I needed to finish the book I was reading. It was a crime drama, and soooooo good that I absolutely had to know what happened next.

The book wasn’t completely finished; I was reading an advance copy as a favor to the author.

I would have to wait months before I could read the ending. But still, I plowed through it, all the way to the final page. It was worth missing Happy Hour, and worth the wait to read the ending.

Enough suspense, Lydia! What book was it?!

The book I was reading that day in San Diego was We Are 100. It’s published now, and available for purchase on Amazon and Kindle. 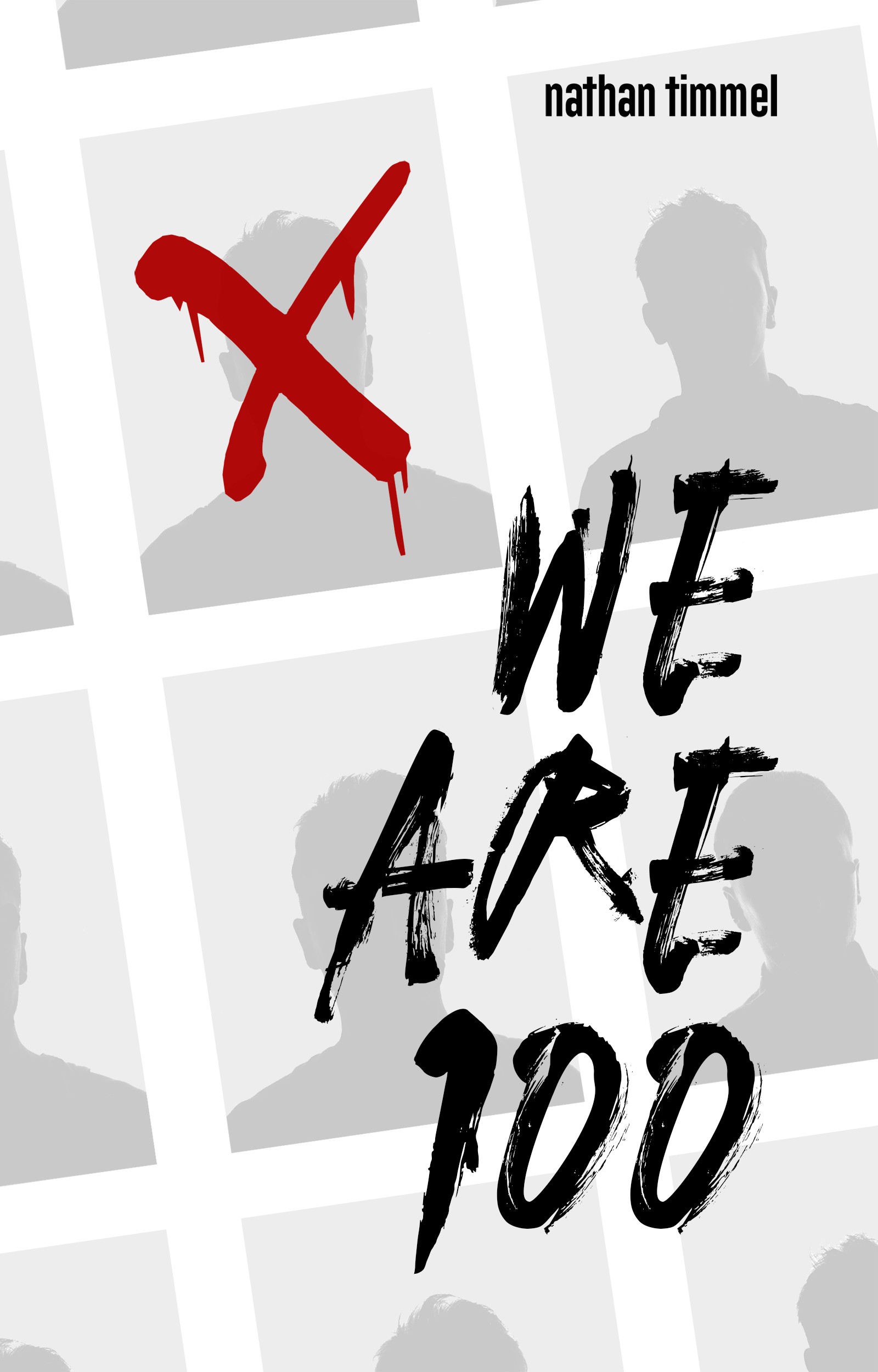 One of the many things I liked about the book from page one was that it’s not another tired crime drama with “been there done that” plot lines. It’s new, fresh, and novel.

Here’s the gist: There are lots of “bad guys” in the world, doing their “bad guy” thing, but not getting into trouble. Like pharmaceutical company CEOs that jack up prices, or district attorneys who won’t prosecute rapes because they might lose, or TV preachers who promise riches and happiness if you donate a bunch of money…

These people suck, but the system allows them to operate with impunity. BUT! What happens if you find a match for each of these bad actors? Someone who hates them with a fury and has nothing to lose? They’re willing to do anything… they just need a little push, right?

In We Are 100, someone has rounded up 100 of these angry people, and they’re giving them all the right nudges to act on their grudge in a big, un-ignoreable way.

Like the first guy, Evan, a widower whose wife died after her medication’s price increased like 400%. His ginormous grudge against the pharma company + his suicidal state = blowing up the building during a board meeting.

We follow two FBI agents, Susan and Michael, as they search for who’s behind The 100, trying to stop them before more people die.

The entire time I read it, I wasn’t sure I wanted the FBI to find the mastermind. After all, those being taken out were pretty awful people. Maybe it wasn’t so bad….?

I absolutely love-love-love books where the lines between hero and villain are blurry. It makes for a fun read.

*sigh*… I need to confess something.

I know what you’re thinking: you don’t think you can trust my review of the book now, do ya? It’s okay. I’d probably think the same thing.

But here’s the thing: My husband has written several books already. (This is his fourth, and the first work of fiction.)

His earlier books are perfectly good. But if I’m honest, none of them would’ve enticed me to miss happy hour.

This one did. It’s that good.

He originally planned to self-publish it, but I felt strongly that it was just too good to get buried in the self-published garbage pile.

For many months, my husband and I pitched it to literary agents. They were uninterested in an unknown author, nevermind that every major author was at one point “an unknown.”

We decided self-publishing would have to do, and that’s what we did. I say “we” because I was pretty involved in creating the finished product: I laid out the interior, did the developmental and copy editing, fact-checked the content, designed the cover, and took the author photo.

During layout of the interior, I noticed he’d forgotten a dedication page, so I added one and jokingly dedicated it to myself.  I fully expected him to change it, but he didn’t. He gets a kick out of telling people that his wife dedicated the book to herself. Ha!

How you can help

I know you didn’t ask if you could help. But I’d be tickled if you did. COVID has been pretty hard on entertainers like my comedian husband. (You know how clubs like to pack people in like sardines? I don’t know when—or if—we’ll ever feel comfortable doing that again. So who’s to say when his business will really “recover”?)

Write a review (if you’ve read it of course)

Reviews are the single best tool for others to find the book. Amazon is the best place for you to put your review.

Tell people about the book

Share about it on Facebook. Write a Tweet. Text it to your mom. Share it with your book club.  Tell your cousin’s boyfriend’s brother who writes that book review column (if you have a connection and Nathan can send a free copy their way, let me know… just leave a comment below or contact me).

And hey, if your book club decides to read it, I can arrange an author meet-and-greet!

It’ll be no big thang. Besides, the author owes me a favor.