Potty-training My Stubborn Toddler: A Lesson in Economic Theory 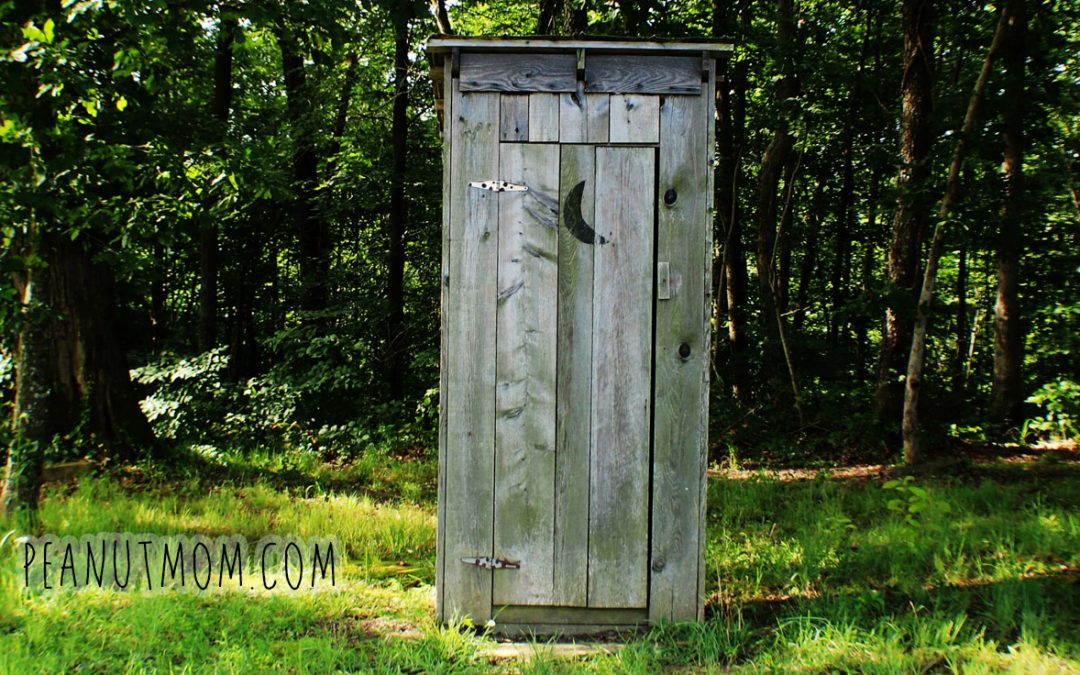 When you Google “How to Potty Train,” the results across the web are pretty homogenous.

“Let them run around naked!”

“Lots of water and salty snacks!”

And arguably the most important bit of advice:

The parenting experts want you to believe that the same strategies work with every kiddo. Reality, however, is not so sunny sometimes.

This past October, Squeak was three years and two months old—more than ready for potty training. We’d been leading up to it for almost a year, encouraging him to sit on the potty before bath and asking if he wanted to wear his big boy Thomas the Train underwear.

For nearly two years, I’d been responding to questions about when we’d potty train him with the Crunchy-Granola Baby-Led-Weaning Amber-Teething-Necklace Essential-Oil-style answer: “We’ll train him when he’s ready, and he’ll let us know when that day comes.”

But I was getting really sick and tired of changing diapers. When I logged on to Amazon to buy a box of diapers one morning and saw the price had jumped from $27 to $47 (wtf, Amazon?!), I said SCREW IT.

We picked a three-day weekend to start Operation Potty Train, and started at 8:00am on a Friday. My husband took the first shift, 8:00am–2:00pm. We set a timer and put him on the potty every 25 minutes.

He hated sitting on the potty. I had to feed him M&Ms just to keep him on the toilet. At the end of day one, we had chalked up eleventy-billion accidents, but I was feeling okay. This was normal. We would surely succeed soon.

The next day was awful. Every accident he had was within seconds of leaving the potty. He couldn’t even answer me as to why he kept peeing in his pants. He didn’t seem to care about being uncomfortable in wet underwear and pants, either.

My kid is a psychopath, I reasoned. That’s the only explanation.

As the day dragged on, I started to lose my sanity. My patience was thin, and I became very yelly. I was not the parent I wanted to be. I cracked open a bottle of wine at 4:00pm, texting my girlfriends in near-tears, declaring that I was giving up. We were on Hour 32 of Operation Potty Train and I had zero to show for it.

They encouraged me to keep at it. One friend gave me some tough love: “If you give up now, you’ll have to start all over. You’ve put this much time into it, you have no choice but to KEEP GOING.”

She was right, of course. I soldiered on, and called my sister to cry on her shoulder.

“How much water is he drinking?” she asked. I told her I was offering water every hour.

“Not enough!” she reprimanded. “You need to be shoving his water bottle in his face every five minutes, if not more. Annoy him. More water equals a better chance he’ll actually be sitting ON the potty when the urge to go hits him.”

(My sister is smart.)

I carried his water bottle with me everywhere. “Drink drink drink,” I commanded. He didn’t question me and drank obediently.

Finally, at 7:30pm that night, 35 hours into Potty Training Boot Camp, we had a breakthrough. Hearing that steady stream of tinkle ranks right up there with the best moments of my life. Squeak’s little face lit up like Christmas morning.

There was a lot of squealing and cheering. I was so relieved, and so happy we’d stuck with it, and so proud of my little Squeak. He did it!

By the end of Boot Camp, he was consistently peeing when he was placed on the potty. We still had to take him at regular intervals. It sucked, big time, and it made leaving the house a chore. But there was no other choice—if we didn’t, he’d pee his pants.

That’s because he’d conquered just one of the three steps in potty training:

Squeak had Step One down pat. The second step took three solid weeks, but he finally figured it out.

Squeak’s reward system evolved from getting M&Ms just for sitting, into getting M&Ms for putting pee in the potty.

We were nailing the pee about 85% of the time, and getting better every week. But he still wouldn’t poop in the potty.

Squeak would be immersed in playing trains, squat-straddling the tracks, and he’d pause for a moment. His eyes would glaze over as he stared into space, and a few seconds would pass. Then he’d go right back to playing.

We’d discover the poop after walking through the poo-smell cloud. Occasionally he’d tell us when he’d pooped, but mostly he was content to let his turds hang out inside his underpants for quite a long time.

“It’s alright,” I reasoned. “It took him three weeks to get the ‘urge to pee’ thing down… I’ll allow another three weeks for him to figure out the poop. By Week Six, he’ll have it.”

Week six came and went. It was time to pull out the big guns.

Prizes and Rewards and Bribes, Oh My!

We started with M&Ms, his favorite. Then we moved on to bigger treats, like mini Snickers and Oreos.

No dice. I was still cleaning up two or three underwear poops per day.

Then we moved on to the Sticker Chart. He couldn’t have cared less.

The kid loves TV, so we used that as a bargaining tool. If he pooped in the potty, he could watch his favorite Pixar movie. He ignored it.

I was at a loss. We were on Week TWELVE—it was now January—and still the kid was pooping in his underwear every single day.

Up next: negative reinforcement

Our next idea was to take away TV if he pooped in his pants. He and his sister watch a couple of PBS Kids shows each day, and occasionally a Pixar movie. The hard part about this punishment is that it affected Peanut, too, who hadn’t done anything wrong. (Our kids don’t have TVs in their rooms, and they never will.)

We implemented this plan anyway, and it was miserable. Squeak seemed no more inclined to use the potty than before, except now his big sister was pissed all the time because she couldn’t watch PBS Kids, either. Back to the drawing board.

One night in the middle of all this, as I was tucking Squeak into bed, I had a stroke of genius. Just that morning I had been listening to a rerun of the Hidden Brain podcast on loss aversion.

Loss aversion describes the fact that the pain of losing is psychologically about twice as powerful as the pleasure of gaining1. People are willing to work harder when faced with losing something they care about—harder than they’re willing to work for an equivalent-sized reward.

As I thought (with dread) about yet another evening of begging Squeak to stay in his room, I realized that I could apply loss aversion for my strong-willed little man. Squeak lay there clutching his toy shark and Lightning McQueen car. I knew what I needed to do.

“Buddy, if you come out of your room tonight, I am going to take your Great White Shark and your Lightning McQueen. Do you understand?” I asked. His eyes grew large, and he nodded. I repeated myself to be sure he had it, then I kissed and hugged him and slipped out of the room.

For the first time in months, he stayed in his room. He didn’t venture out even once. It was a Christmas friggin’ miracle. And it worked every single night thereafter.

A few days later, we applied the same strategy to Squeak’s pooping problem. My husband was skeptical—he thought we should keep trying the “no TV” plan—but willing to try my plan.

Every time Squeak pooped in his pants, we took away two toys and placed them on top of Mommy and Daddy’s dresser. He could see them, but couldn’t reach them. We intentionally chose whatever toys he was playing with at the time of the accident, for maximum effect.

Within 48 hours, Squeak was pooping on the potty.

It took 92 days of potty training before Squeak took his first potty-poo. We’re not at 100% yet, but we’re getting there. He’s regularly taking himself to the bathroom when he feels the urge to go.

The Lesson Here: Do What Works

What I learned from this slog through potty-training purgatory: what works for one child does not work for all.

Sometimes, you have to shrug off the parenting advice coming at you from all corners. You need to ignore the “here’s what worked for us” suggestions. Find out what motivates your kiddo and work it—even if their motivator is loss.

It doesn’t make you a bad parent. In fact, quite the opposite. It makes you a conscientious parent—one who takes the time to appreciate the unique, one-of-a-kind nature of each of your tiny humans.

Photo by Amy Reed on Unsplash. Post may contain affiliate links, so if you buy something, I get a little cash money. Woop!