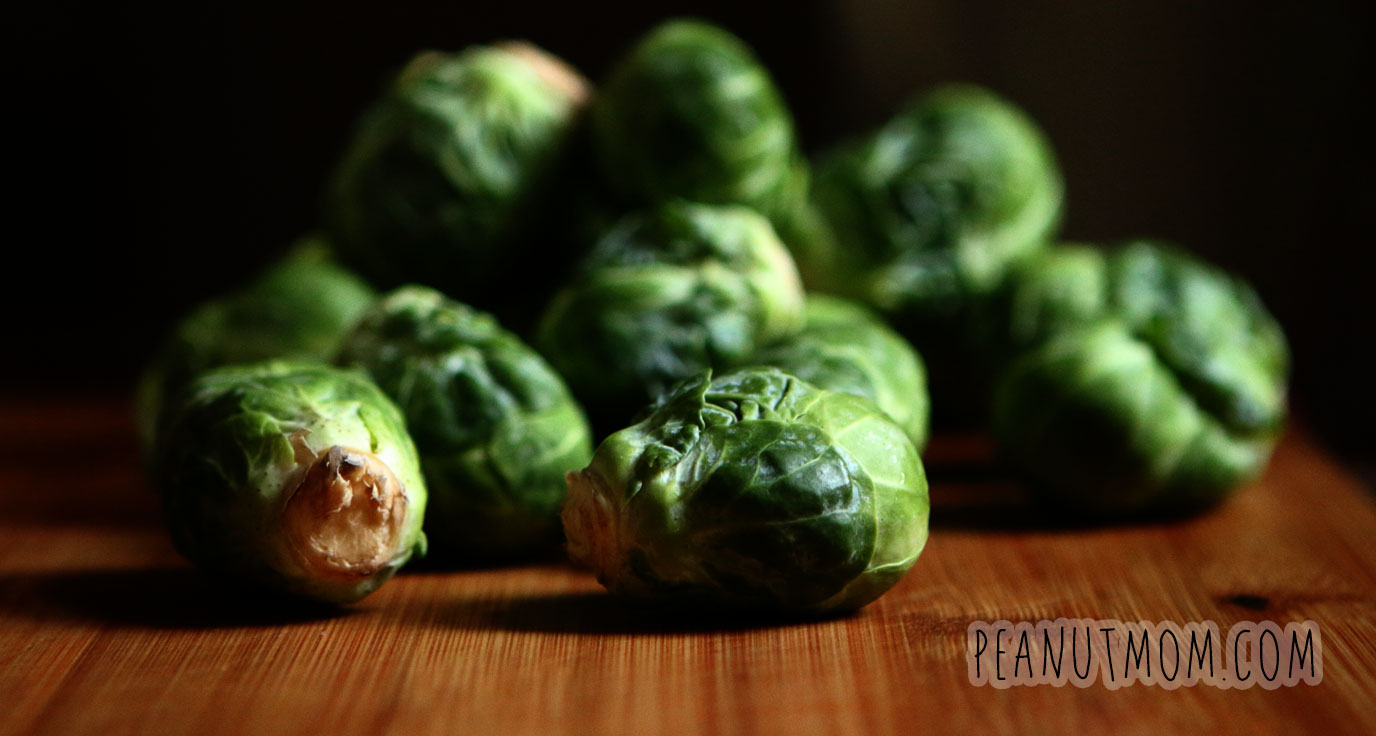 I turned 37 on Friday. On Sunday, I tried my first brussel sprout.

How did I manage to go so long without trying brussel sprouts? Honestly, it wasn’t hard. A brussel sprout never once made an appearance in the family kitchen during the first 19 years of my life. In the 18 years since, when I’ve been out on my own, I’ve had no urge to try them.

But on Sunday, at a birthday surprise dinner, my friend and neighbor said I had to try the brussel sprouts the restaurant served. So I did, and holy shit, they were good. They were roasted with apple cider gastrique (??), walnuts, sea salt, and sausage. I scarfed them down.

Don’t knock it ’til you’ve tried it

Trying a brussel sprout was a big deal for me. They were squarely on the List of Foods Lydia Does Not Like. But after my friend prodded a bit, it was quickly discovered that I had prejudged brussel sprouts. I had never tried one, yet I had declared them evil based solely on their reputation.

Why? Because my reaction to a new food is usually fear.

(I am dying at the irony of what I wrote up there. I am spending countless hours trying to teach my kids not to fear new foods, while openly admitting that I have the exact same problem.) I don’t know why I go straight to fear. But I’m guessing it has something to do with how I ate as a kid.

I always thought my mother was a decent cook. As I’ve gotten older, and my palette has expanded, I’ve realized that my mother was a good cook—she just had a very, very limited menu. And she had no idea how to prepare vegetables that tasted good. But honestly, it’s not my mom’s fault.

Mom learned to cook from her own mother, who had a limited menu, too. Grandma once asked me if I’d ever heard of “par-MEE-sian” cheese. (Yes, I had heard of parmesan cheese, and had been using it since I could shake a plastic canister.)

Grandma also looked befuddled when I asked her why our sweet potatoes at Thanksgiving were always boiled, not roasted or baked. She seemed surprised that other methods of making them existed at all. (She does make a killer sweet roll, though, one I will spend my entire adult life trying to replicate.)

It’s clear that the root of my mother’s vegetable-knowledge-gap is her own childhood. And I, quite sadly, inherited this knowledge gap.*

When I was a kid, my mother stuck to meat (chicken and beef) with steamed potatoes. New foods, often vegetables, would appear on occasion, always prepared the same way: steamed or boiled.

Because they tasted so bad, we all resisted eating them (my father included). So they became a punishment food.

If my sisters and I walked in the door and smelled broccoli, we’d look at each other with wide eyes: “Oh shit. What does she know?!” Cauliflower and sauerkraut were on the punishment menu, too. To this day, I cannot stand the smell of all three.

I’m determined to end the cycle. The bad-vegetable buck stops here. And there’s no better time to do it.

As the culture of amateur cooking has become widespread, food blogs and step-by-step instructions are abundant. I’ve begun learning how to cook—really cook.

This experiment has meant making dishes I’ve never made before, and preparing foods I was never served as a kid. It’s scary, but I am doing it anyway. Time to put on my big girl panties and set a good example.

I made chicken thighs a few weeks ago, which marked my first chicken dish with BONES in it.

(I didn’t even know how to eat them. Luckily I had guests that evening who were…well, normal people. Alice taught me how to attack the chicken thigh without an ounce of judgment. It was delicious, too.)

I’ve learned how to de-stem kale, roast sweet potatoes, snip green beans, bread a chicken breast, make a killer meatball, and the many merits of a cast-iron skillet.

I now know how to sautè, use a garlic press (minced garlic in a jar is soooo much easier), and make a roux on the stovetop. I learned that you can sub greek yogurt for sour cream in pretty much any recipe, and make the food much healthier.

I’m turning into a regular Martha-friggin’-Stewart, I tell ya.

Sadly, I’m the only person in my house willing to eat my cooking, so all of this experimentation is only benefiting me. Someday maybe my kids will try some veggies, too.

(We have used soy glazed green beans as Peanut’s challenge food several times, and although she struggles a bit, she does eventually eat it, and doesn’t even gag. Soy sauce makes everything better. I wish it wasn’t pure sodium though. Urg.)

My mom learns to cook veggies, 15 years too late

Hilariously, my mother is having a cooking rebirth, too. She remarried, and last year she and her husband went to Diabetes School (he’s a diabetic). They learned various ways to cook foods that would keep him healthy, and my mother graduated from Diabetes School with a major jones for roasted vegetables, especially zucchini and cauliflower. She raves about how good they are.

I can’t help but laugh, and think about how her roasting chops might have helped my own eating habits—if she’d discovered how to prepare vegetables the yummy way when I was five, instead of 35.

*After I posted this, my mother pointed out that most of her childhood, the veggies she ate came from their garden—but months after they were harvested. Anything they didn’t eat fresh (and I didn’t get the impression they ate many veggies fresh) was canned in the good ol’ fashioned process of “canning.” That meant green beans that looked like this, and tomatoes that looked like this. Not exactly fodder for delicious roasting.