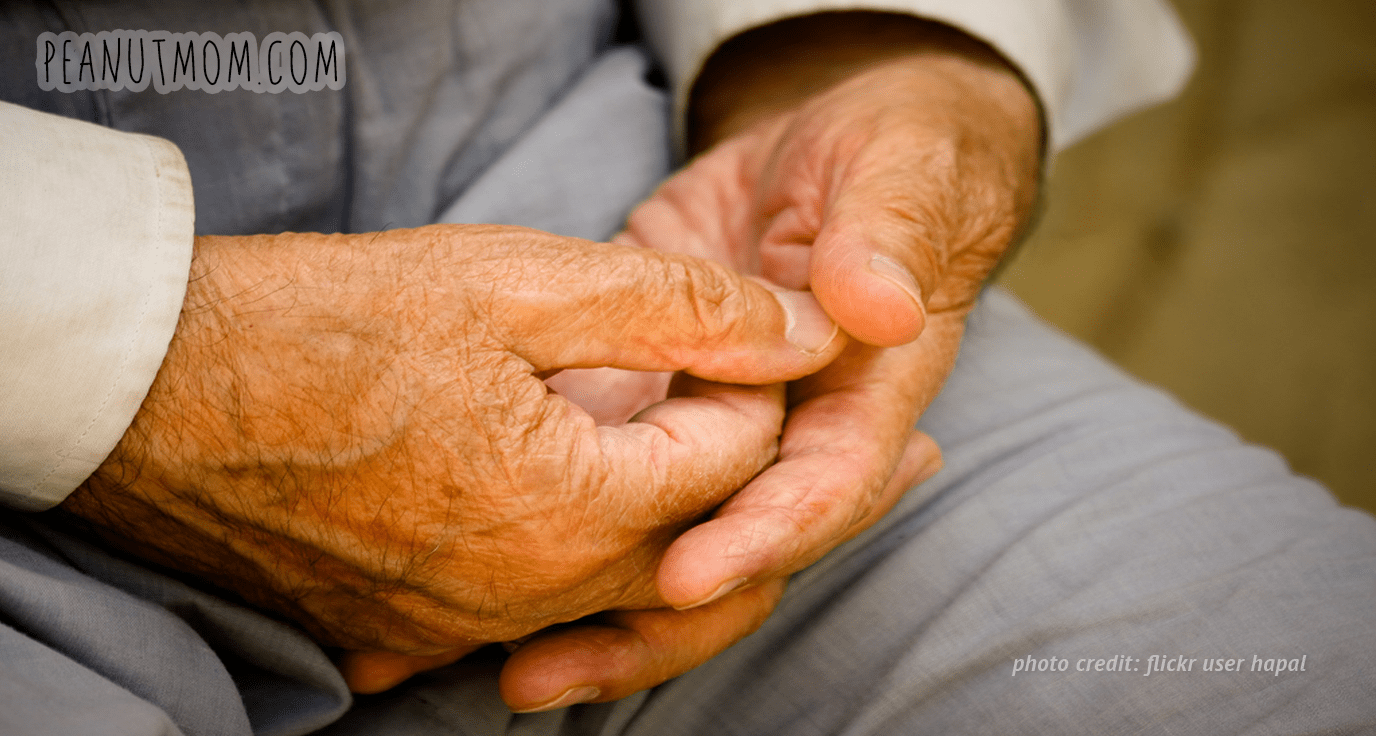 “I’ve been meaning to call you, kid,” my friend Orv said to me, opening his front door wide. His smile was missing, replaced by a furrowed brow. He had so many frown lines at age 94 that it was hard to tell which were permanent and which were reliable indicators of his mood; after four years of visiting him, I had learned to recognize the difference.

He looked at my worried face, and spoke: “I’ve got some bad news.”

I didn’t know what to expect. Given his 90-plus decades of life, my friend was often losing loved ones to disease, or old age. I thought maybe another of his children had passed away, or one of the handful of wonderful friends and neighbors who regularly checked in on him. I wondered if it was his own health, but he didn’t appear to be ill. At least not on the outside, and no more ill than usual.

My friend had an abdominal aneurysm, one he’d known about for years. Abdominal aneurysms are balloon-like bulges in the aorta, the one-inch artery that transports blood from your heart down to your lower extremities. Since we first met, he joked about how someone was going to find him pitched over on his living room floor, a victim of that burst aneurysm. Surgery to fix it was illogical at his age, so it was a ticking time bomb, just waiting to go off. He had sheets of paper taped up on the wall of his living room, directives to the paramedics that might be called to assist in an emergency: orders including “Do Not Resuscitate,” “Do Not Intubate,” and “No Lifesaving Measures.” The first time I realized what the papers were, I was rattled. His casual approach to death was unusual, and therefore unsettling.

But my comfort wasn’t what mattered. Orv had explained multiple times that he wasn’t afraid of death. He almost seemed to welcome it. He missed his wife, he told me. Every time a friend or loved one younger than him would die—including his oldest child—he’d lament the fact that he was still here on earth. He talked often about the monotony of being a shut-in, unable to go anywhere on his own since surrendering his driver’s license at age 91. Many of my visits included him sadly talking about his week as if it were one long blur of looking out the window, sleeping, and hoping for company.

When I thought about the day that he’d fall asleep for the last time, I was comforted by the fact that he was at peace. Orv seemed grateful for his 94 years on this earth, and ready for his body to decide when his time was up.

On this visit, Orv welcomed me inside and I held his arm as we walked over to the sofa. “What’s going on?” I asked, scanning his face for signs of what he was about to tell me.

“Well, I’m not doing too good.” He looked down at his lap, shook his head, then continued. “Doctor says I got a year, tops. My kidneys are shuttin’ down.”

My mind spun. What was the right thing to say? How do you respond when someone tells you they’ve been given a timetable for their own death? This was new to me.

“I’m sorry.” I grasped his hand, felt the rough and sandpapery skin earned from years of hard farm labor and rope braiding.

I watched his face as he nodded slightly, thought about what he would say next. “I’ve been real upset ever since he told me. I thought surely I’d live to see one hundred. But I guess I won’t get there, will I?”

I studied his face, and stayed quiet. Partly because I had no idea how to respond, and because I could tell he just wanted to get some things out.

“My friend Penny’s been helping me this week. I gave a little money to some family. Ain’t no use hanging onto it. Also gave a couple grand to Penny for taking care of me like she does, though she fought me real hard on takin’ it. I wouldn’t let her say no,” he said, showing off the stubborn streak that served him well over the years.

“Penny’s been helping me figure out who gets all this stuff,” he explained with a sweep of his arm, taking in the china cabinets full of antiques and the framed photographs on the wall.

Between the ‘Do Not Resuscitate’ orders on the wall, and the ticking time bomb in his abdomen, I thought Orv had long ago come to terms with the fact that his life could end at any moment. Wouldn’t you have to by age 94? I was surprised he’d never before considered who would be the final owners of his worldly possessions. Did he really believe, right up until that doctor delivered the news about his kidneys, that he had plenty of time?

I stayed and chatted with Orv for 45 minutes or so, talking about my recent trip to the state fair and the Cowboy Mounted Shooting I watched for the first time. He loved to talk about anything horse-related. I showed him the box of large-print Reader’s Digests I had brought with me, and the eight large-print novels my grandmother had given me, intended for Orv.

When the evening sun dropped toward the horizon, I said my goodbye. I had a mile-long walk ahead of me, and wanted to get home before dark. He walked me to the door despite my protests, so I kept my hand firmly under his elbow to support him. I gave him a hug, and we stood there side by side looking out the front door, his arm around my waist, squeezing occasionally. He reassured me that I didn’t need to feel guilty about not visiting him as often as I used to. “You’ve got two little ones,” he said, “You’re busy, and I’m just an old man, you don’t have time anymore to spend with the likes of me. You’ve got more important things to do.”

He was more emotional than usual. I fought back tears. “Orv, it’s nice of you to say you understand, and I know you do, but it doesn’t change the fact that I wish I could visit more often. And you’re my friend, so you’re important to me. I’ll see you in a couple weeks, okay?” He kept his hand around my waist, and nodded.

“You come if you feel like it, kid, and if you don’t feel like it, well, you come anyway!” It was one of his favorite farewells, one he’d been saying all the years I’d known him.

As I walked home, I called my grandmother. We hadn’t spoken in a few weeks, and visiting Orv reminded me I needed to call her. She always asked after Orv and I told her the news, and how surprised I was at his emotional response.

“Nobody’s ever really ready to die, Lydia,” she chided. “No matter your age, or how prepared you should be, or how lonely you are. We’ll all be upset when we learn we’re living our last days.”

I guess it’s true. My grandmother recently survived a back surgery that several doctors said she wouldn’t. She beat breast cancer at age 82, enduring chemotherapy that left her weak and too sick to see her 30-odd grandkids and great-grandkids. She’s been without her husband for over six years now, and attends more funerals than weddings. She gets it.

Visiting Orv is always a gut-check for me. When I’m stressing about work, or my kids’ picky eating habits, a quick visit with Orv gives me perspective and reminds me to prioritize what’s most important: love and happiness. The rest is just background noise.

I believed that Orv’s clarity of focus came from recognizing that his days on earth were numbered, and preparing for each day as if it were his last. Turns out I was wrong.

Like all of us, ages eighteen to eighty, he doesn’t want to shuffle off this mortal coil any sooner than he has to. Life may not always be sweet when you’re a 94-year-old shut-in, but it’s still life. And that’s worth fighting for.