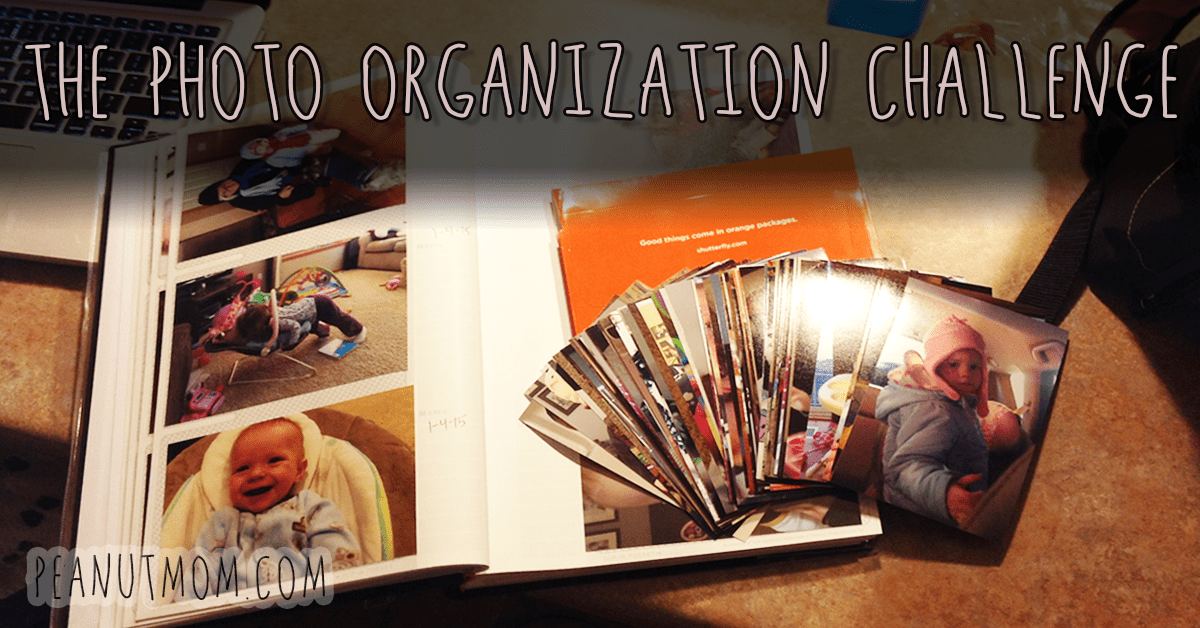 It was his idea to put a fantastic camera right inside my iPhone. The perfect little fits-in-the-palm-of-my-hand device that I carry everywhere.

The upside: I always have a camera in my hand to capture baby smiles, milestones, and toddler/baby cuteness.

The downside: I have an overabundance of photos languishing on my phone, taking up space, and causing me to pay the nice people at Apple for more iCloud storage just to save me the trouble of culling my massive photo collection.

That used to be the case, but I’ve finally nailed a system for getting photos out of the cloud and into tangible form. Better yet, my system makes it relatively easy to organize the photos in chronological order. And oh yes — it’s cheap.

Best of all, I’ve got high-resolution copies of the photos available to me anywhere with an Internet connection and on my iPhone, my home laptop (a Mac), my work PC, and my iPad.

Now what about organizing the photos once they arrive? I think we all have at least one (maybe many?) of those damn photo boxes. A lot of good they do, because flipping through pictures in a box is a pain in the ass. I want an experience like I had when I was a kid, turning big pages in our family photo album of vacations and birthdays. Luckily, there’s a photo album I’ve found that works great and isn’t over the top expensive.

Meet the Pioneer 300 Pocket Fabric Frame Cover Photo Album. It’s about $15 and comes in eight (!!) very lovely colors. It’s sturdy, well-made, and has space to caption the photos. I like to at least date each page, so it’s handy.

When the pictures arrive, I pull out the album and do what I can right off the bat. I almost never finish in one shot, so the photos, still in their pretty orange Shutterfly package, and the unfinished album get set out on the breakfast bar (somewhere that little toddler hands can’t get at them). Then slowly, slowly, slowly, I put them in the album, a little at a time. Sometimes while I eat breakfast, other times after the kids are in bed. It usually takes me a week or more to get through the stack, but I don’t work for more than 15 minutes at a time. It’s the kind of thing you can easily step away from and continue later.

As I add photos to the album, I write on the back of each photo. Nothing big — which kid it is, where we were, etc. Most of the time I write stuff like, “Peanut and Grandma tickle Grandpa until he pees” and “Squeak learns to barrel roll off the changing table” (kidding). I don’t bother with the dates because they’re already on there! BOO YAH.

When it’s complete, I’ve got an organized and orderly set of photos I can page through on a lazy Saturday. Better yet, Peanut absolutely loves to look through the albums, too: “Mommy, it’s baby! Mommy, it’s Graw! Mommy, it’s DOGGY!”

(Yes, and you are Captain Obvious, my darling.)

Having all my photos in Shutterfly makes it easy to create keepsakes. Every year on the kids’ birthdays, I create a Shutterfly “yearbook” of the past year. It’s a small softcover book with a spread for each month. On the cover I put two photos: one of kiddo on their previous birthday and another of the same kiddo one year later. I drop in my favorite pictures, add a few captions (I do not caption each photo), and order. I can almost always find a coupon for these books too. Peanut’s Year 2 book was 22 pages and only $15.55 with a “10 pages free” coupon. Pretty sweet. 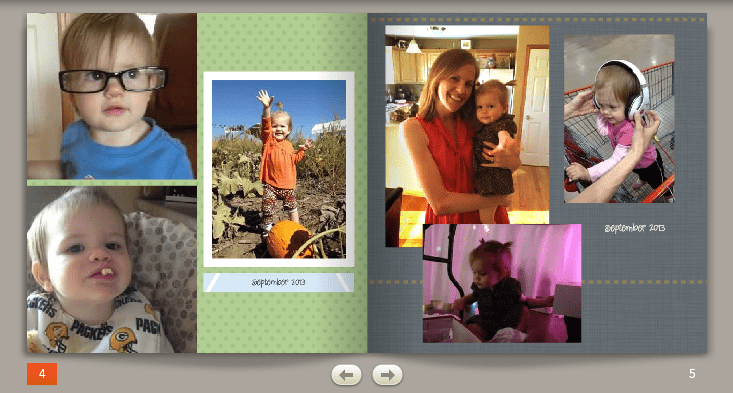 This is a screen shot of Peanut’s “Year 2” book. I usually end up with a spread for each month of the year, and ~24 pages total.

So there you go. It’s not a perfect system, but it works for me. My photos aren’t stuck in the cloud, never to be seen again, but neither are they saved only in paper form.

That’s the thing to remember about Shutterfly — you can upload high-resolution photos all the live-long day. But if you lose your originals, you can’t download them back from Shutterfly. They hold your photos captive. A second place to store your digital versions is needed, which is where Dropbox comes in.

My only complaint about this system is Dropbox-related. Because the pictures and videos automatically upload, I find that there’s a lot of garbage in my Dropbox –> Camera Uploads folder. If I’m trying to capture a perfect Squeak smile and I take 12 pictures, but only 1 is any good, I have to immediately delete the other 11 or else I’ll have to go into Dropbox and delete them, separately, later on. (This isn’t hard to do; you can do it via the mobile app or your desktop, but its an extra step.)

It’s the nature of the beast though. That auto-upload feature is what gives me peace of mind that I won’t lose things that are important to me. So I guess I’ll take the bad with the good this time.

How about you? Do you have good tips for organizing the eleventy-billion photos we all take of our kiddos/animals/?

*Neither Shutterfly nor Dropbox paid me to write this, though it would be awesome if they’d throw a little freebie love my way. 😉 hint hint.

This post contains an affiliate link (the photo album). If you click my link and go buy one, I get a little somethin’ from Amazon. Sweet!