Hello, my name is Lydia, and I let my kid cry it out 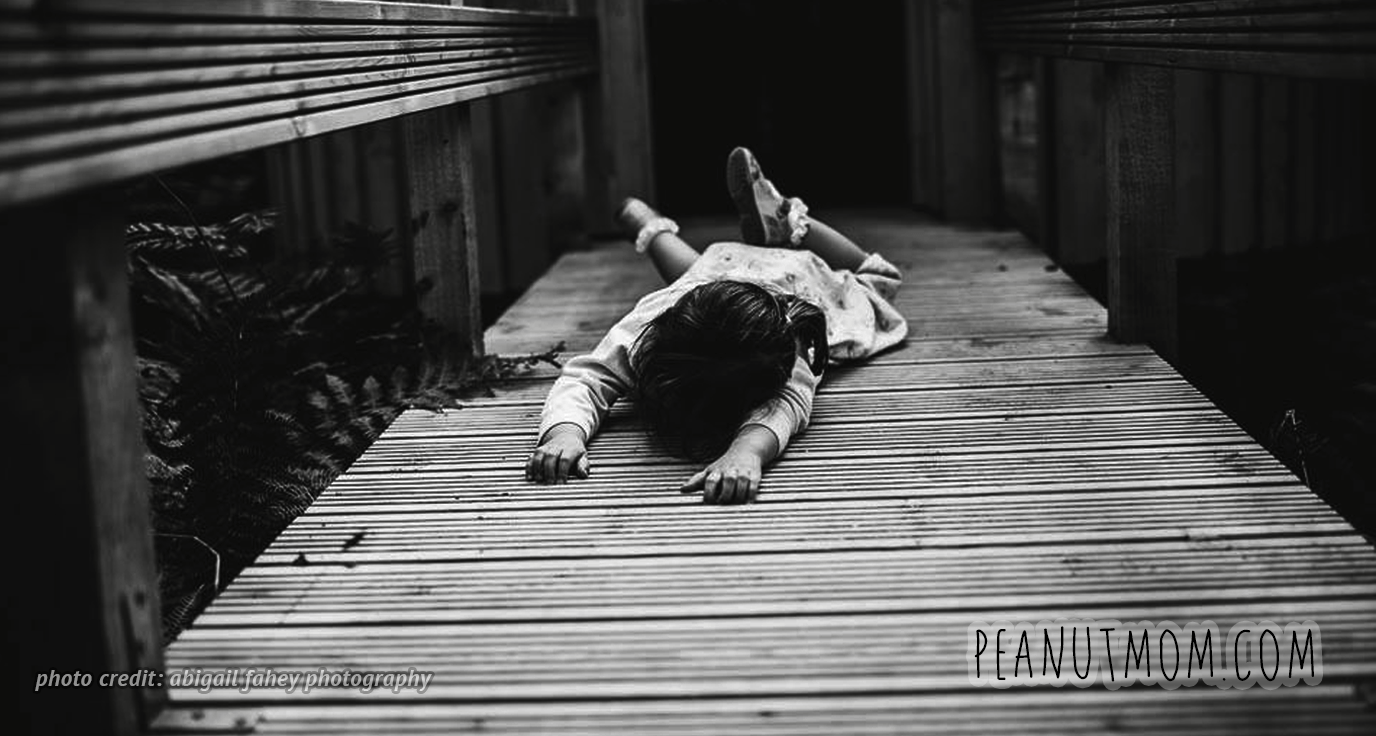 I’m in a couple of Facebook groups for moms. Most days, I have no issue with what I read. But over the past few months, there’s been a certain attitude prevailing more and more. I’ve had about enough.

My husband and I have decided that it’s just too hard sharing the bed with our 9 month old, and we need to transition baby to his crib. We’re not getting any sleep, and baby isn’t either, and we’re worried he’s going to fall off the bed. Plus my husband would like his marriage bed back, if you know what I mean! My doctor said it’s OK to let him cry for up to 2 hours while checking on him repeatedly, but this is killing me! Other Cry It Out (CIO) moms: how long did it take for baby to ‘get it’?

The first few commenters weren’t supposed to be commenting at all, since the mother had directed her question at “Other CIO Moms.” But these women chimed in anyway. Again, I’m paraphrasing:

I don’t believe in CIO. Have you considered co-sleeping with an Arm’s Reach Co-sleeper?
We don’t believe in CIO in our family either. Maybe tell your husband that baby’s needs come first, or see if he can sleep in a guest room.
Our family doesn’t believe in CIO either. Have you read some of the studies on cortisol in babies? [Link to terrifying article about lifelong effects of CIO including jail time and obesity and schizophrenia and other equally petrifying outcomes]

Before I address the overall attitude here, let’s talk about “I don’t believe in CIO” for a moment.

The phrase “I don’t believe in ___” is, all by itself, a middle finger to the face. You almost never hear it outside of parenting and religion.

It’s a big leap from “I don’t cry it out” to “I don’t believe in cry it out.” The first reveals preference. The second declares not just preference, but also clear judgment of someone else’s belief system.

As a society, I feel like we’re more tactful with the topic of religion. If a Christian friend asks me which church I attend, I just say, “Oh, we aren’t really religious” or something similarly benign. I would never be so bold or confrontational as to say, “We don’t believe in your interpretation of God.” Why? Because it’s rude.

But I’m bothered by more than the not-so-subtle judgment of beliefs in these statements. I’m bothered by the prevailing attitude–in these comments and in society in general–that in order to be a good mother, you must always put your child’s needs first. Before your own. Before your partner’s. Before your marriage. Always.

The mom in the post is prioritizing her own sleep and her marriage over baby’s desire to have unfettered overnight access to the boob.

A generation ago, moms would’ve thought it was strange to put baby first. My mother let me and my three sisters cry it out at four weeks. It was totally common and not at all unusual. I’m sure her mom friends did the same thing. And co-sleeping? If anyone did it, they definitely didn’t talk about it.

Adults used to “be” a parent rather than “do” the job, but now, parenting has become a skill to master, something to do better than other parents. The result: creating successful children who are able to compete with–and triumph over–other children.*

All moms put their child’s needs ahead of their own on a regular basis. It’s why we go out in public with snot on our clothes, or forego a gym membership so our children can go to a nicer daycare (instead of a sketchy one).

It’s about balance. Sometimes, mama’s needs should come first, for her own sanity. My daughter needs swimming lessons, and the only times available are Tuesday nights. That’s my women’s volleyball league night, the only exercise I get all week. Guess what? She’ll learn to swim one way or another, but it won’t be from Tuesday night swimming lessons.

Always putting my kids’ needs first does not make me a better parent. In fact, I think the opposite is true. There’s a balance between meeting your child’s needs and meeting your own.

Does it make you “more of a mom” if you’re willing to suffer baby kicks in the face and nipple bites all night? Do you “win” at parenting if you’ve been having sex on the couch for 22 months so baby can slumber peacefully in your bed?

Yet these Judgey Moms claim there’s only one option. How dare you even think about prioritizing yourself, you selfish you-know-what?! To be a good parent, you have no choice but to subvert your own needs… or so they say.

I’ll believe it when experts and doctors and peer-reviewed empirical studies declare it to be true (which hasn’t happened, btw).

One fact is indisputable: a well-rested mom is absolutely a better parent than a sleep-deprived, half-insane mom who’s having shouting matches with her husband because they haven’t had sex in months and he resents sharing his bed with a toddler. A well-rested mother is more patient, more rational, and feels better about herself. She’s healthier and happier than her wiped-out brethren.

When my 16-month-old sleeps in his own bed, everyone sleeps better. We did some co-sleeping early on, when he was waking up 4-6 times a night. I had no choice; the alternative was becoming a non-functioning member of society.

For all of Squeak’s life, I have gone to him when he cries. I nurse him at least twice a night (that’s an improvement from 3x, which only stopped two months ago). I never denied him, either because that’s just what infants do, or because he was underweight and needed calories.

When I wake up to feed, my husband wakes too. He often struggles to get back to sleep, and I yawn through my workday, feeling scatterbrained. Sixteen months of broken sleep, for all of us.

So you know what? I’m done. This has gone beyond normal night nursing; it’s affecting his calories during the day. I am tired of being tired: Mama needs sleep.

Starting one week ago, Squeak gets to nurse at his first wakeup. After that, when he cries, my husband goes in and consoles him to let him know he hasn’t been abandoned, but that’s it. No milkmaker to the rescue.

We’re six nights in and Squeak is handling it like a champ. When Nathan leaves the room, Squeak gets mad, cries for a while, then sleeps ’til morning. I’m resisting the urge to tell you how many minutes he cries; the only reason I’d be telling you is so you don’t think I’m a bad mom.

I’ll ignore the naysayers and remind myself that I’m a good mom. I know what’s best for me and my family and my kids. A good night’s sleep is good for all of us. I’m no less of a mom for this decision.

*Borrowed in part from Paul Pearsall’s The Pleasure Prescription: To Love, to Work, to Play – Life in the Balance

Image courtesy of I’m About to Pitch a Fit, photographed by Abigail Fahey Photography