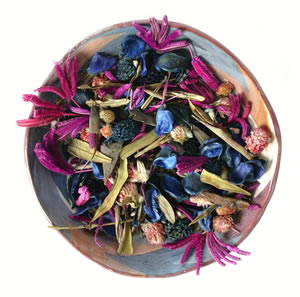 I don’t have anything prolific to share, but I did think of a few little musings. And because it’s a mishmash of things, just like the Potpourri category on Jeopardy, I’m calling this smattering ‘potpourri.’ And yippee for me that I spelled it correctly without even googling! 🙂

I felt my first Braxton-Hicks contractions this week. I never remembered feeling them with Peanut, but this week, I’ve felt at least two (and probably missed several more). They’re hard to distinguish from Squeak’s normal pushing, which causes my belly to get tight, usually at opposite ends. The BH contractions make the entire thing tight, but they’re still hard to discern. Maybe that means I’m gearing up for another silent labor? I could only be so lucky.

My first cervical check is this week, and I’m excited. Because it was at my second cervical check last time (at 36 weeks) that I discovered I was already 4cm dilated and things were happening down south. I don’t feel as hopeful this time. None of the signs are there. *sad trombone*

I’ve been forced to stop eating significant meals of any sort, which makes me very sad. My heartburn progressed to pure misery levels in the last week, and basically plagued me all day long. I switched to eating little meals (and by meals, I basically mean snacks) all throughout the day and that’s helped a lot, except at bedtime. Nothing helps the heartburn when I lie down. Yay for Tums!

I remember the heartburn going away instantaneously when I gave birth to Peanut. I cannot WAIT for that this time.

At the end of my Peanut pregnancy, I got bored in the summer heat and did a few crafty DIY projects to keep myself busy. I whipped up an outdoor flower box and painted a birdhouse, along with all the typical baby preparation things. When I’d post photos of my handiwork on Facebook, people would immediately chime in with “Nesting!”

But one friend disagreed. She pointed out something about me to everyone in her comment: “That’s just her. She gets shit done.”

I think she’s right. It’s just my personality – Type A all the way. When there’s something to prepare for, I get prepared, and well in advance. Already at 35 weeks I’ve got my hospital bag packed, my bottles and pumping supplies washed and sanitized, the carseat base installed, and the nursery closet filled with newborn and 0-3 month gender-neutral clothes. Nesting? Nah, I don’t think so. Planning, preparation, and organization. Which I do anyway. Suck it, nesting. 🙂

My husband gets upset when I use male pronouns to describe little Squeak. I don’t know Squeak’s gender, but I picked a pronoun months ago, and I’m sticking with it. My gut said ‘boy’ early on, so ‘he’ it became. But my husband wants another girl (odd, isn’t it?).

He feels like girls are a known entity; he knows how to take care of a girl, so another would be less adjustment. I keep telling him that the gender decision was made a long, long time ago (September 2011, when Squeak’s embryo was fertilized, to be exact) and I have nothing to do with it. The pronoun I choose will have no effect on the little guy or girl. The horse is out of the barn, as they say.

I told my husband yesterday that there are things about this pregnancy that point to girl while other things point toward boy. For instance:  my pregnancy boobs didn’t arrive until 14 weeks this time (boy). But when they did, they grew to the same size as last time (girl – it’s scientifically proven that women pregnant with girls expand more on top). Baby is incredibly active and kicky (boy). As a teeny weeny embryo, the baby survived less-than-ideal uterine conditions from a subchorionic hemorrhage (girl – female embryos are tougher). I was a teeny bit sicker this time than last (boy – only because it was different than last pregnancy). I’ve been having dreams that Baby is a girl. So you see, it’s a crap shoot.

I must admit though that I will be pretty tickled if it’s a girl. Because I had sisters growing up and I want that for Peanut, too. But if it’s a boy, I’ll smile and think, “Yeah, that’s what I thought all along.” Because my gut instinct way back in November, the day of the embryo transfer, was Boy.

We shall see. The big reveal is coming!