Conversations with a pregnant girl 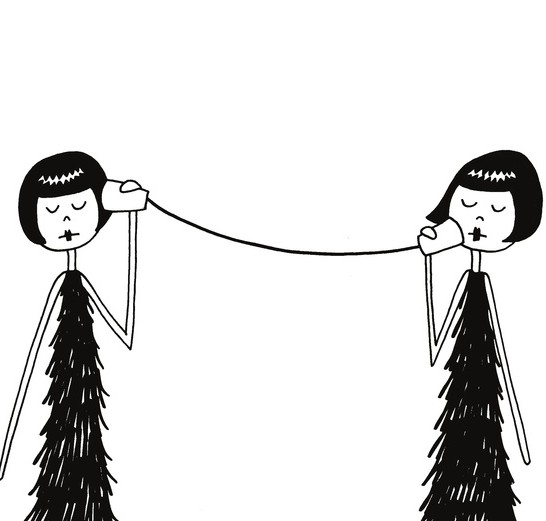 Scene 1:  The waiting room of my dermatologist.

As I sat down to wait for my name to be called, a woman in her 30s who was developmentally disabled struck up a conversation. I will admit that normally this type of situation frightens me a little. I’m a tiny bit scared of developmentally disabled adults, due to a couple of incidents I’ve witnessed where their caretakers lost control and were physically assaulted by their charges. This particular woman, however, had a happy, innocent look about her, so I threw caution to the wind and engaged fully in the conversation with a smile. I’m glad I did, because it was the best conversation I had all day. She said whatever popped into her head without reservation.

Me:  *lowers my pregnant self into a chair with some difficulty*

Woman: So, you’re gonna have a baby like any minute, huh?

Me: (glancing up at the woman just in time to see her insert her finger into her nostril to retrieve a booger) Well, not quite. I’ve got a ways yet.

Me: About six weeks.

Woman: Whoa. You’ve got a long time. Do you know what you’re having?

Me *smiling*:  No, but I know it’s a baby. Probably not a puppy, even though that’s what my daughter thinks.

Woman (not blinking at the puppy comment): So you want a surprise? Will you find out when it’s born?

Me *more smiles*: Yes, we’ll find out when the baby is born.

Woman:  So you’ll be happy with either a boy or a girl, as long as it’s healthy?

Woman: What does your husband want?

Woman: Your husband wants a girl? So you both agree then?

Me:  Yep. But I am fairly certain this one is a boy.

Me:  Because this baby kicks all the time, and I can’t imagine a girl abusing me from the inside the way this baby is. But I could be wrong.

Woman: I live an hour from here and my doctor back home is pregnant and having a baby in July. I’m here with my sister, this is her dermatologist.

Woman: Will you have your baby here at the hospital?

Me:  Yep. Right over there. *pointing to the adjoining wing of the hospital, where labor and delivery is located*

Woman:  Do you live close so you can get here in a hurry?

Me:  Only about 20 minutes away, so we can get here fast.

At that moment the nurse came through the door and called my name. I ran into my purple-dress friend at checkout, who was standing with her sister and a young man named Matt that I presume was their brother. He was being a pest, and they kept telling him he wouldn’t get any ice cream if he didn’t settle down and stop being annoying. She spotted me at the rear of the line and waved enthusiastically as they left the clinic.

Hopefully to get Matt some ice cream. 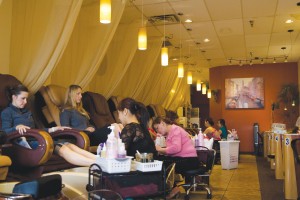 I’m at a quicky nail place, where I have settled into a pedicure chair. I have chosen my color with Squeak in mind, and thought, “This might be one of the first things he sees… I better pick a calming color, nothing too trampy. Don’t want him to think Mommy is a tart.”

After soaking my tootsies for a while, a woman in her early 40s sits down in the next chair. We don’t talk, but then my husband enters carrying Peanut.

Hubby: How long will you be?

Me, shrugging: I don’t know. Maybe 20-30 minutes more? Is everything okay?

Hubby:  She’s just getting squirrelly. Text me when you’re almost done and I’ll tell you where we are.

The Thai woman doing my pedicure grins at me: “She cute baby!” The woman to my left finally speaks.

Woman:  She’s adorable. How old is she?

Me:  Two. Well, almost two. She’s turning two the day before I am due with this one. *patting belly*

Woman: I’ve got four-year-old twin boys at home. Toddlers are a handful, aren’t they?

(My curiosity was piqued with the twins comment. As I’ve blogged about before, my mind goes straight to IVF whenever someone says twins, so I decided to give her an opening to discuss it if she wanted to.)

Me: Ah. We could have easily had twins. Both this baby and my daughter were from IVF.

Woman, excitedly:  Mine too!

Me, feeling pretty satisfied that I was right: We were really worried about the complications that can happen with twins, so we did single embryo transfers. Took two tries to get her, and just one frozen transfer for this one.

Woman:  That’s smart. I went into labor at 24 weeks and went on bed rest, then I had my boys at 26 weeks. They were just over two pounds each, which is good for 26 weeks.

Me, incredulously: Wow, 26 weeks? I bet that was hard. Were you here at the Big Hospital?

(The major hospital in town is a Level 1 trauma center with the best NICU in the state. If something’s going to be wrong with your baby, it’s where you want to be.)

Woman: Yes, thankfully. I had an incompetent cervix and one of my amniotic sacs had ruptured. I was at 6cm before I knew anything was happening. No contractions, nothing.

Me: The same exact thing happened to me — a silent labor, and 6cm with a ruptured sac. Mine was at 37 weeks, but it’s weird how you can have zero indication that anything is happening, right?

Woman:  Right. After being on bed rest two weeks, my other amniotic sac ruptured. I called the nurse and they came and checked me, and saw my son’s arm sticking out of the cervix. They had to push him back in. I remember a med student with what looked like her entire arm inside of me, pushing on him so they could do the C-section.

Me: Why didn’t they want to deliver vaginally?

Woman: There was something going on with my uterus and the twins so that if I delivered vaginally there was a good chance they would have pulled my uterus out along with them and I would have had major internal bleeding. So we did an emergent C-section. The doctors said if all that had happened while I was at home, I’d have bled to death before the Medivac even got there.

Woman:  Exactly. My boys are perfectly healthy and very big four-year-olds now. I’m so thankful. The other families we met in the NICU weren’t as lucky. After ten years of trying to get pregnant, and the super scary delivery, we were so worried about them.

Woman:  *nodding* Not a single positive pregnancy test in all that time. Four rounds of IUI, and four rounds of IVF before we got pregnant with the twins.

Me:  Wow. We only tried for two years, but I was panicked a little. My husband is ten years older than me–

Woman: *interrupting* That guy who was here? He’s TEN years older than you?

Me: *laughing*  I know, right? He’s got some amazingly good genes. I wish I had his genes. He’s 44 and I’m 34, and I was worried that he’d drop dead before our kids hit junior high.

By then my toes were painted and already drying as I chatted, so I hoisted myself off the chair and said farewell to the nice woman.  “Good luck!” she said, and I smiled.

As I flipped through a PEOPLE Magazine, letting my toes dry under the little fans and UV lights, I thought about the woman and our conversation. When she sat down next to me, I’d never have thought we had something so major in common. But IVF is like that. It brings together all of us who’ve been through it, a community of women who understand the agony, the waiting, the ups and downs of it all. And the unique joy of parenting babies that come from IVF.

I’m proud to be part of this amazing community of women. I hope I never stop having experiences like this one.