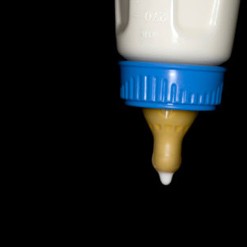 It was a Sunday afternoon and I was feeling awkward.

I was meeting a friend at a local event for moms. She had a longer drive than I, so I arrived several minutes before her. I decided to go in alone and see if I knew anyone. Luckily, I spotted a friend from grad school — Audrey — and asked if I could sit with her. She graciously invited me to join her group.

Audrey explained that they all knew each other from a Book-Club-Turned-Mommy-Group; they’d been meeting regularly for years. We sat around a large round table, the girls catching up with each other while I listened and tried not to feel too out of place. 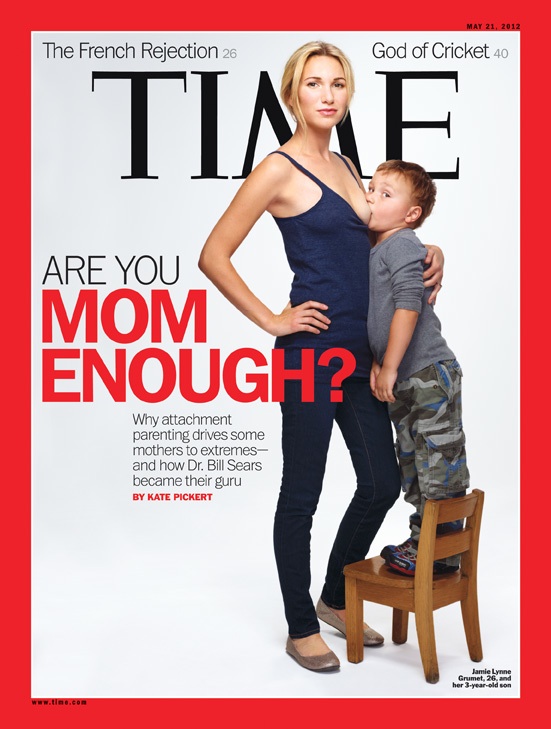 One girl sat down with her plate of food and another said how good it was to see her. “I almost didn’t come,” the new arrival said. “My daughter has been so fussy since Tuesday, and we’re at our wit’s end, we don’t know what to do. But my husband said I should come and get out of the house.”

The others murmured their sympathies. “Well, we all know what a fussy baby is like!” one reassured her.

The new arrival, Anna, grew tearful. “But I know what’s wrong. We had to switch to formula.” And then, to my horror, Anna started to cry. Her face crumpled and tears rolled down her cheeks. I felt like I was intruding on a private moment, and tried to shrink into my chair.

Two of the women jumped up from their seats to hug Anna, reassuring her that everything was going to be okay.

I tried to contribute something meaningful. “Hell, ‘formula’ used to be sweetened condensed milk with water added. We all turned out fine!” I said. Audrey nodded at me; she wasn’t breastfed either and we both had a Master’s degree under our belts.

Anna tried to get her emotions under control, but I took my cue to leave the table. These girls knew each other well, and I was the awkward stranger in the circle, making this poor girl’s embarrassing moment even more difficult.

I mumbled something about raffle tickets, slinking away quietly, and I thought about poor Anna and her guilt-fueled reaction. Why did she feel such pressure when she’d obviously tried hard to make it work?

It reminded me of my friend Lisa, who I visited recently to meet her newborn daughter. As she thought about her impending return to work, she explained that she was “a bad pumper” and asked if I had any tips for pumping at work. But as we talked, I learned that there was nothing ‘bad’ about Lisa’s pumping. She pumped religiously and as often as she could, never missing a scheduled pumping.

She was a good pumper. She simply had a body that didn’t like the breast pump, and no matter how hard she tried, her milk wouldn’t let down fully like it did when she nursed. Lisa felt like a failure, yet nothing was farther from the truth. We work with the tools we’re given, and that’s all we can do. It’s all Anna could do, too, and for whatever reason, her body (or her baby) wasn’t cooperating. Who knows?

Suffice to say, this is not the mom’s fault. There’s no reason these women should shed a single tear over their inability to breastfeed for as long as they had planned.

I’ll admit — I am part of the problem. I get a little uppity about breastfeeding because I am knowledgeable about its health benefits; most proven by legitimate research (some are lofty speculation). Hell, I would have kept breastfeeding Peanut past 14 months if I could have.

That said, I limit my Judgey McJudgerson attitude toward women who don’t even try. The vain ones who forgo breastfeeding because they’re afraid to lose their perky boobs. The ones who think it’s ‘weird’ or ‘gross.’ Or the girls who give up after one week because it’s a little inconvenient.

Your milk has barely come in and you’re throwing in the towel? News flash: there’s a lot about parenting that’s uncomfortable. Suck it up, and give breastfeeding a chance at least.

Like anything worth doing, it’s probably going to be tough at first. Use your resources — the lactation consultant from your hospital, a friend who breastfed, a local support group, and yes, Google — when you need help. Push through, mama. For many, many women (me included) it’s extremely hard at first.

On the other side of the coin, you shouldn’t continue to breastfeed if you are driving yourself mad. Better a happy mama with a formula-fed baby than a lunatic with a breastfed kiddo. Recognize when you’ve hit the point of “I’ve tried really hard, and this shit ain’t working.” Know your limits, ladies. There is a point where throwing in the towel is the right thing to do.

For first time moms, having realistic expectations is part of what can help you push through the initial hard stage. Don’t go in thinking it’ll be a walk in the park. Like a lot of things that parents do, it’s a challenge that will have you second-guessing yourself. As long as baby’s gaining weight and healthy, keep it up. It gets easier for most people.

There are people who are really passionate about breastfeeding, and those who don’t really give a shit. In both groups, there are women for whom breastfeeding just “works” and those for whom it just “doesn’t.”

I don’t judge either Anna or Lisa. The fact they’re upset shows they really, really care. It’s for their sake that we should all try harder to keep the Judgey McJudgerson comments to a minimum, so moms like them understand that it’s okay.

Nobody should have to cry in front of a total stranger over booby milk.