The Hunt for Health Insurance 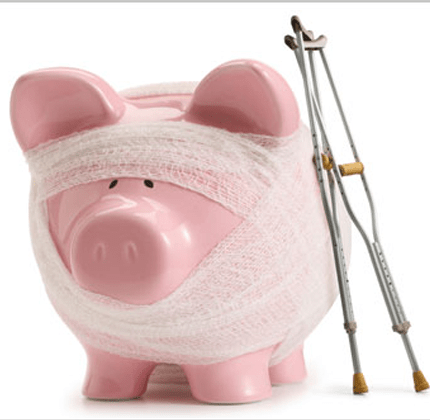 When most people look for a new job, they consider a handful of key aspects of the job:

I’ve been at my current job for five years, and have been keeping an eye out for the next right step for a while now. I’m in no hurry, but if something great came along, the timing seems right.

But as I contemplate the idea of a new and different job, one item from this list is at the top of my list: the health insurance. Specifically, health insurance with infertility benefits and good prescription drug coverage. 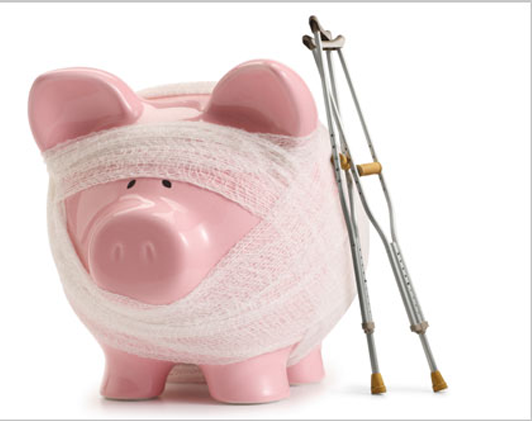 (Cute little piggy, even all bandaged up!)

On the off-chance I am able to convince my husband to have another child at some point in the future, the chances of conceiving naturally are a complete mystery. It might work… or it might be another fantastic failure.

So let’s say he agrees to another one (which at this point is looking highly unlikely, but for the sake of this discussion, let’s pretend he’s open to the idea). And lets say we try the old-fashioned way for a while, resulting in a bunch of BFNs (big fat negatives).

The next plan would be a frozen transfer. We have four embryos in cold storage at the IVF clinic. Without insurance coverage, a frozen transfer is about $1,800. It doesn’t break the bank, but it’s not pocket change either. The prescription drugs are a few hundred bucks on top of that. Not too bad.

The cost for a fresh cycle of IVF without insurance is over $10,000. With insurance, you can usually get the price negotiated down to closer to $8,000. Few people have that kind of money just sitting around idle. Us included.

So as I look for my next professional move, the quality of the health insurance offered is at the top of the list of must-haves. I turned down a pretty exciting job a few months ago based almost solely on the fact that the insurance was awful. High deductibles, no infertility coverage, and horrible prescription drug coverage. There were other concerns, too, but what ended up being the kicker was the benefit package.

It sucks that I’m making a decision like this based on something I might never need (another round of IVF). A lot of things have to happen first. And I have no idea what will happen over the next few years.

I wrote about it a while back, but there are a few states that mandate infertility coverage as part of employer-sponsored health plans. I wish I lived in one of them, but I don’t.

For now, I’ll keep looking for a good next career move, whether it’s inside my current company (which has excellent infertility coverage) or somewhere else. But I don’t have the luxury of choosing a job based solely on the responsibilities and the paycheck.

I’ll continue to hope that ten — maybe even five — years from now, this will be a non-issue. Because the people who carefully and intentionally have a child are exactly the kind of people that should be parents. And if it’s within our means, we should help to make that happen.