“An only child? That’s just cruel.” 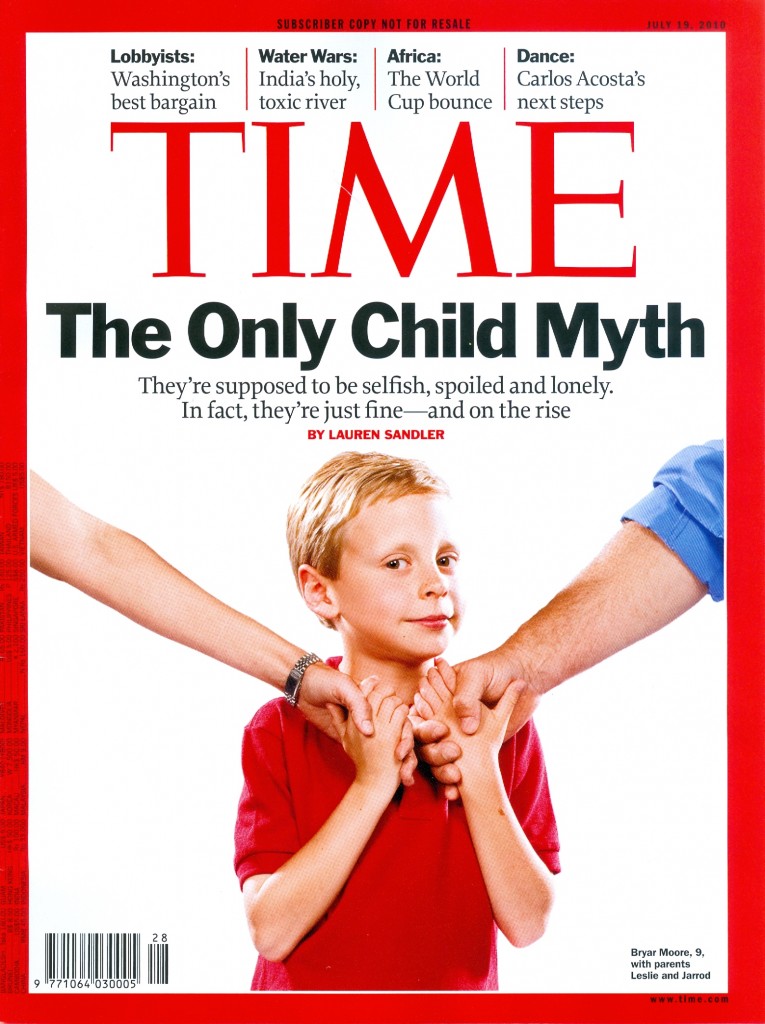 A great story in TIME (click photo to read it) debunks the “Only Child Myth” that they are spoiled and obnoxious. Though I’m sure my child will be both of those regardless of how many siblings he has. I mean, come on, have you MET his father?

During a night class for my master’s, I spent breaks shooting the shit with Landon, a friendly guy in the next row. He mentioned his five year-old son, and I asked him, “When is #2 coming? You aren’t making the poor kid an only child, are you?”

He gave me a look that told me he’d heard this spiel before. To his credit, he didn’t smack me, but I kind of deserved it.

Turns out the first pregnancy had nearly killed his wife at every stage — during the getting pregnant part (cysts and complications), the pregnancy itself (eclampsia), and finally during the birth (some sort of horrible snafu I don’t even want to think about).

Was he going to risk her life by having another child? No way, José.

For some people with secondary infertility  — the medical term for a woman who managed one baby with medical assistance, but her second try puts her back in the Can’t Get Preggers boat), the first kid cost them upwards of $20,000. They likely already have two mortgages, and banks don’t give third ones.

In those cases, a second kid isn’t an option financially. Adoption isn’t cheap, either. Others who are trying for Kid #2 endure miscarriage after miscarriage and can’t take the emotional toll any longer. Whatever the reason, people who choose to have only one child almost always have a damn good reason for doing so.

The message here is to keep your yapper shut about someone’s very personal choice of how many kids to have. Even if that number is ZERO. It’s their choice, not yours. If you want to lament their choice, do it privately and don’t be judgmental about it.

Face it — kids are hard work. Just ONE will make your life go all topsy-turvy. And not everyone is keen on that kind of disruption, despite the benefits.

(For a short list, see my ‘Dogs are, in some ways, better than kids’ blog)