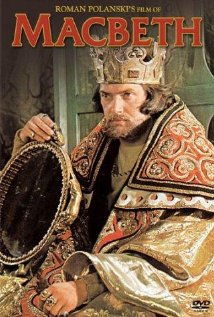 I woke up this morning feeling just like I had the day before. My mother-in-law made her awesome blueberry pancakes, like she always does when she visits. It was a great morning. Until I took a bathroom break and saw spotting.

It was dark brown spotting, and not much of it. But I was immediately worried. I called my husband into the room and explained what was happening. His eyes grew wide. I explained that it usually was nothing, and that it often happened in the first few weeks.

“Did you have this with Peanut?” he asked, his forehead furrowed with concern.

“No. But it’s not unusual from what I can tell.” I had googled it quickly and read in several places that fifth-week spotting is fairly common, but should always be reported to your doctor.

Next, I paged the IVF nurse and sat down nervously to wait for a return call.

It was almost an hour later when the IVF nurse called me back. I described my symptoms. Just spotting — and only a little bit in the past few hours — but no cramping. She tried to reassure me, saying that this type of spotting at 5 weeks is usually not significant. But if we wanted to, we could reschedule the ultrasound, from the 23rd to the 12th. We wouldn’t be able to see a heartbeat, but we could see if a miscarriage was happening.

I put her on hold a moment and asked my very worried husband. He nodded vigorously: Yes, move up the ultrasound. We scheduled it for Thursday afternoon, the 12th, and I hung up the phone feeling only slightly better.

A few hours later, there was a bit more spotting. An hour or so after that, I thought I felt a few cramps (but it was hard to tell for sure; I’d had a large lunch that made me tooty). It was hard to say. Luckily the crampy-type feelings stopped soon after.

It’s now been about 7 hours since I saw the first spotting. I just keep thinking that I jinxed myself. I believed that things might actually go well for me. By telling people, and more people than I probably should have (I suck at secrets). I did this to myself.

But that’s the irrational crazy side. I know I probably had nothing to do with it, if something bad does happen. I’ve not had a drop of caffeine since the transfer. No lunch meat or soft cheeses, no heavy lifting, no crazy cardio workouts. I’ve been good.

And I’ve gotten my hopes up, which probably wasn’t very smart.

I have three girlfriends who are between 4 and 6 weeks pregnant right now; all of us are due within a few weeks of each other. One is pregnant through IVF, one is pregnant after over a year of surgeries and fertility meds, and another naturally after trying for about 4 months. Nobody that I know of is having spotting. Their pregnancies, at least so far, are progressing normally. By the book.

The medical literature says that 1 in 4 women experiences spotting. I guess I’m that 1. Urgh.

I guess we’ll see. But I remember now why this whole process sucks so bad. We try so hard, and things don’t always go to plan. Today was a very stark reminder of the fact that nothing, absolutely nothing, is certain.

(The Macbeth image is an homage to “out, damn spot.” Try finding images related to spotting that aren’t disgusting. It doesn’t work.)