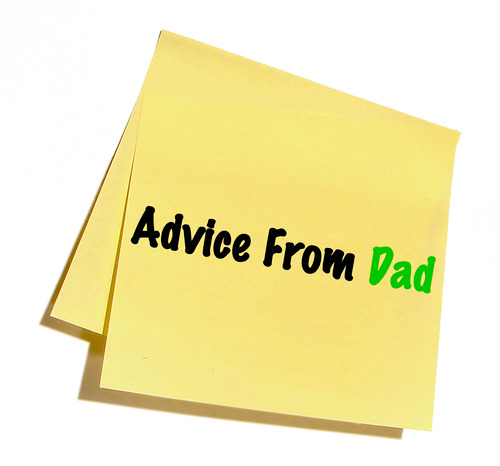 It was my father’s birthday recently, and I was trying to think of the perfect Facebook post in his honor. Funny, sweet, grateful, and true. I thought back to my childhood, and tried to remember some of the valuable lessons my dad taught me during my formative years.

Unfortunately, only one conversation came to mind. It’s embarrassing.

I was about 10 years old, I would guess. My dad had his own semi truck, which he used to transport the wares of his business. My sisters and I would often accompany him on the undoubtedly long road trips to pick up loads of cargo and bring them back to the warehouse.

On one such trip. I sat shotgun in his giant semi, a tiny girl in a very large bucket seat. I was sipping on a bottle of Mt. Dew (my father fed us Mt. Dew and Twinkies; he didn’t know any better).

I started to have horrible pains in my stomach, and I was very uncomfortable. I squirmed in my seat, arms wrapped around my little-girl stomach. 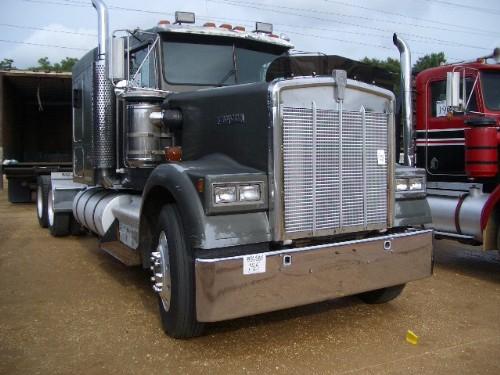 (My chariot looked a lot like this. It probably smelled a little funky inside though.)

I whimpered a bit. “My tummy hurts.”

My father contemplated this for a moment, then imparted some of his grown-up wisdom upon me.

“When my stomach hurts,” he explained, “I try to fart. It helps sometimes.”

I was in such discomfort that I was willing to try anything, even a ‘cure’ as unorthodox as this one. I bared down and managed to conjure up a pretty decent toot. And like magic, the stomach pains disappeared as soon as the gas escaped my little bottom.

I sat there staring out the windshield, wondrously happy. My dad must be the smartest person alive, I thought. And he must have a lot of tummy aches, based on the amount of farts he rips at home and in the car.

Twenty-odd years later, on his birthday, as I searched back in my filing cabinet for a moment where my father taught me something I would never forget, this is the memory I landed on.