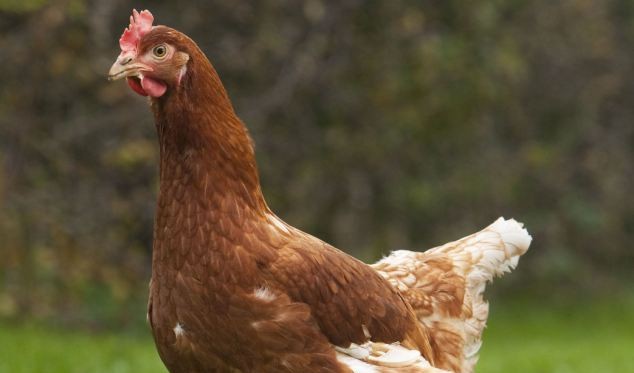 I waited as long as I possibly could before calling the clinic — now almost two weeks ago. They had instructed me to wait until October 20th and if I hadn’t started a new cycle yet to call and check in. I made it to October 15th and picked up the phone, hoping they wouldn’t scold me for jumping the gun.

I left a message with the nurse corps and the next morning, while in a meeting, I saw the return call come in. I had to send it to voicemail, and I was just leaving the meeting 45 minutes later when I got a second call from the same number.

It was Doris, the IVF clinic nurse. “Hello! Just ignore the voicemail I left a while ago, because I talked to Dr. Pancake and he would like you to come in for an ultrasound this week. Are you free this afternoon?”

I was happy that we didn’t have to wait 5 more days before checking what was going on in my reproductive parts. We set up an ultrasound for the next day.

When she hung up, I listened to the voicemail from earlier. I smiled when I heard Doris’s voice explaining that it wasn’t yet October 20th, and according to my chart, I needed to wait and call back then. I don’t know what Mr. Pancake said that overruled the nurse, but he’d given the green light to check me out just a few days early. (I silently chalked up another win for Dr. Pancake. He seriously is one of my absolute favorites.)

The next day was my first ultrasound since my pregnancy, and I didn’t recognize the ultrasound technician, but the routine was the same. She laughed when I entered the room and beelined it into the bathroom to get white-sheeted up. “You’ve done this before, haven’t you?” she laughed.

“Old hat!” I said with a smile, closing the bathroom door behind me.

(Some women in the IVF world are constantly complaining about these transvaginal ultrasounds, and “The Wand” they use to scan your lady parts. I don’t mind them one bit. Is it a rockin’ good time? No, but it doesn’t hurt [usually] and it’s way more comfortable than a speculum. Suck it up, weenies.)

We got started a minute later, and I was surprised to see that the ultrasound looked different from what I remembered. Lots of little black spots I didn’t recall, and I said as much to the tech. “After you have a baby, the blood flow to your ovaries and uterus changes, so it looks different on ultrasound,” she explained.

Hmm. Neat. And weird. So much for being “good as new” down there. 😉 Don’t tell my husband.

Right ovary looked fine; 17 follicles, which is a little lower than I remember having during my cycles before. Lefty, however, had a little surprise for me. A big black spot right at the edge. “What’s that?!” I asked, alarmed.

“You just ovulated,” the tech said. “Probably a few days ago? Hard to tell.”

I was immediately pissed. Thanks for the heads up, ovaries. You didn’t even give me a SIGN that you were laying an egg, you lazy bitch! We could have tried on our own, but we missed it. Boo hoo.

Overall, the ultrasound was all good news. I had ovulated on my own, meaning that I was going to start my next cycle in about two weeks — without the help of medicine! And my lining was nice and thick, something I’d also done completely on my own. Check and check.

The doc gave me a script anyway for Provera, in case I wanted to start my cycle earlier. I don’t, but it’s nice to have in my back pocket in case it doesn’t come on its own. I’ll give it two more weeks and then I’ll take the Provera if it hasn’t shown up — and only so we can do our transfer in the uptime that ends December 22nd.

(In case I haven’t mentioned it before, my clinic does several weeks of IVF “uptime” followed by a few weeks of “downtime.” I used to wonder why the hell doctors needed more vacations, but then I went through a cycle and realized that IVF is not a Monday-Friday ordeal. There are IVF staff members answering phone calls / emails, reading charts, prescribing courses of action, adjusting dosages, and doing early-morning follicle count ultrasounds seven days a week. IVF patients come in on Saturdays and Sundays for ultrasounds while the rest of the usually bustling clinic is dark and empty. The clinic needs downtime to recharge and give the staff a break.)

Some days I think I’m completely insane. Days when Peanut won’t eat anything I offer her, or when she’s irritable and won’t stop crying unless I carry her 24/7. Other times I think, “Okay, I could do this with two babies.” Like yesterday, when I asked her to bring me a sippy cup so I could put it in the dishwasher, and she happily obliged. It was awesome.

Now, as usual, we wait. While having two kids is something completely new, this “waiting” thing is right up my alley.