She’s off her meds 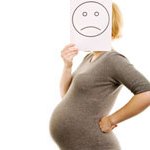 This is a bit of a touchy subject.

But I’ve never been known to avoid taboo topics. So I’m going to write about it anyway. 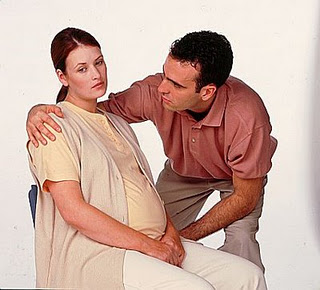 Aw, look, a concerned husband. Mine usually waits until something he said as a joke has made me cry, then he won’t stop snuggling me against my will.

First, a little backstory. I’ve struggled with depression since childhood. I don’t have a smoking gun to point to (though some events or people may be held partially responsible). My parents loved me and I was never abused (unless you count the occasional beatings delivered by my sisters for raiding their closets, but those are par for the course). Sometimes it’s just biology, though I wish someone had recognized the signs when I was young, and I could have gotten treated earlier.

Leaving for college was the straw that broke the camel’s back; well, that and a little foolish adolescent experimentation. A good friend recognized the signs, pushed me to see a doctor, and I was officially diagnosed with depression. I started seeing a therapist and after 6 months, my doctor started me on anti-depressants.

I was never afraid of starting medication, like some are. I was more than ready to leave “sad me” behind, and I’m glad I did, because the change was amazing. The paranoia I’d felt my entire life upon leaving a room (the feeling that those I left behind were talking about me, saying horrible things) finally disappeared. The self-doubt, second-guessing everything, feeling like I was always just outside the circle… all gone. It was my first taste of what the rest of the world must feel like: normal.

That was late in the year 2000; I’ve been on anti-depressants for 12 years now. I’ve switched meds several times (Paxil, Lexapro, Celexa, and Zoloft had bad side effects; Effexor actually made me violent and the withdrawal alone was reason enough to switch; we finally landed on Wellbutrin, which I’ve taken for 6 years). My dose has been lowered bit by bit over the years, but I’ve never been totally medication-free.

I’ve never wanted to be off my meds… until we decided to have a little critter.

When we started “trying,” I wanted to attempt going off. My doc halved my dose as a first step, but after 4 months, I recognized that my paranoia was back in full force, as were the other symptoms. We decided it wasn’t worth it to be miserable, and I went back up to my previous dose.  The “me” I was used to returned quickly, and my doctor and I discussed that since Wellbutrin was one of the few anti-depressants prescribed to pregnant women, I could stay on it even after I got pregnant.

Fast-forward to December 2011. I was 2 weeks pregnant and met with my doctor. I had suddenly become hypersensitive about everything I put in my body (as is typical for pregnant women) and wanted to discuss my meds again. I was terrified to go off and hoped my doctor would reassure me Wellbutrin was safe and I could go on taking it, or maybe just reduce my dose a little.

To my surprise, she didn’t. She looked at me cautiously and said if she were me, she’d go off. There just wasn’t enough research on long-term effects to guarantee safety 100%. My dose was low enough I could go cold turkey that very day. So I did, with much trepidation.

I didn’t notice anything for several weeks. The euphoria of finally being pregnant overrode the negativity. But at 10 weeks, I started to feel the old tell-tale signs. Paranoia, for starters, and my sleep was messed up. I’d wake up every night around 2:30am, my mind swirling with random images and fragments that were completely nonsensical. To get back to sleep, I’d have to meditate. I had a ferocious temper, especially at work. Nothing felt easy anymore. Getting out of bed was hard, just like in those lame commercials.

I knew the signs. Even on medication, I used to have 2 or 3 episodes a year where my depression would resurge. But I had a tried and true strategy that I’d used for years:  first, I’d cut out even the occasional once-a-week beer. Then I’d double my workouts and gym visits. The exercise-induced dopamine helped boost my mood. Last, I’d tell my close friends, family, and coworkers what I was experiencing. Their extra support and compassion made a big difference.

My first thought was to attack the depression as I had always done. But my normal plan of attack — no booze, more gym, ask for support — was shot.  I was too tired to hit the gym as much as I should have, and depression doesn’t exactly provide extra motivation to work out. And I already wasn’t drinking.

I tried anyway. My husband helped motivate me to do some yoga and cardio classes at the gym. I told my coworkers, the people who were seeing most of my bitchy behavior in action, what was up. We even came up with a code word they could use to let me know when I was being over-emotional and unreasonable (“GIRAFFE!“). My hubby was extra careful when he joked around with me, too.

Soon after I took these measures, the depression abated enough that I felt normal and happy again. My belly starting to pop out helped a little, because I could start to enjoy the perks of being visibly pregnant. A little extra attention from my husband, the kind smiles of strangers, and the delighted reactions of friends, family, and others when they saw my little bump.

I’ve got 5 months more to go. I’ll have my stash of Wellbutrin ready when I give birth, because I plan to start my meds again immmediately. But not for entirely selfish reasons. A mother crippled by post-partum depression isn’t a very good Mom, and depressives have a freakishly high chance of PPD. I’ll be taking preventative measures to prevent it if I can, or at least reduce its severity.

Until then, it’s week to week. It takes effort though, and I have to give myself a lot of pep talks (“They’re not talking about you, just walk away from the door and quit being an idiot”).

I’m not trying to tell anyone else what they should do if they’re pregnant and considering stopping, or changing, their medication. Everyone’s different and you’ve got to do what works for you. But I didn’t have anyone to talk to except my doctor. There weren’t exactly a lot of people in my social circle talking about behavioral meds and pregnancy.  So maybe my little story will help someone, somewhere, sometime.

Until then, stay happy. Or at least do the best you can. 🙂