No Tears to Report 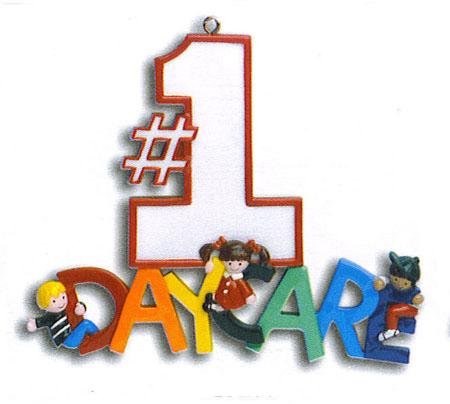 From the start, we knew we wanted an in-home daycare for Peanut. It was a decision reached quickly after we toured a couple of daycare centers close to my house, which to me felt like baby concentration camps, unfortunately. 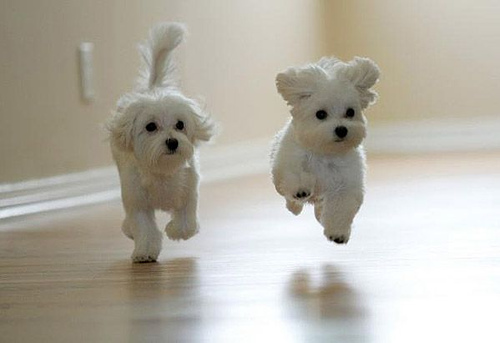 Originally I googled “bad daycare” to find a photo for this post, but the pictures that came up made me so sad, I almost cried. Instead I googled “CUTE PUPPIES” and I felt better immediately. Come on, how could you not? Look at that little guy on the right! His little fwoppy ears! Omg!

I fully see the value of a center for a toddler, but for an infant, it just felt cold, uncaring, and inconsistent. I went to in-home daycares as a child (my favorite babysitter was Sheryl, but my sisters claim that my fear of thunderstorms is Sheryl’s fault… she was terrified of them and would herd us all into their spider-filled basement at the sight of a dark cloud). And both my sisters used in-home daycares for their infants. For us, it just made sense.

I asked my Facebook friends for recommendations and got a few, but the only one who returned my calls* wanted $40 a day (for 3 days a week) and had zero flexibility. We would have to set the days in advance, and if we needed an additional day, we’d be on our own. (A big problem, given my husband’s irregular work schedule.)

Luckily, at my neighbor’s birthday party, I met a woman who had an in-home daycare in my city. She had no openings, but said she’d email me a couple of providers she’d heard good things about. I called three of the recommendations, and like before, only one called me back — a woman named Betsy. Thankfully, Betsy was great – affordable, super flexible, and as laid-back as I am uptight. Even better, she was a mother of seven! This gal knew her stuff.

When Peanut was born, Betsy asked if she could come over and meet her. I was delighted that she was so interested, and wondered if she did this with all of her new babies. She visited for nearly an hour, and I watched her feed Peanut, burp her expertly, and handle her with ease. Six weeks later she asked if she could see Peanut again, and this time we went to her house. When she saw how much she’d grown, Betsy got teary-eyed. “I just love babies so much!” she said. It was super sweet.

During our second visit, Peanut was cranky and gassy. I watched Betsy work her magic, trying different tricks to move the gas through her little baby gut until she found one Peanut liked, which calmed her immediately. I left that evening feeling reassured with our choice of daycare provider.

A week or so passed and the 8th of October arrived: Peanut’s first day at daycare. I would be getting her off to daycare and getting myself off to work for the first time. (Blessedly, she chose that night to have her very first one-feeding night. How do babies know these things?) I woke at 6am and got both of us fed, clothed, and ready for our day easily.

We arrived right on time at Betsy’s that morning with Pack ‘n Play in tow, plus a package of diapers, wipes, an extra outfit, and 15 ounces of breastmilk. I talked to Betsy for a minute, then gave my little girl lots of kisses (she’d fallen asleep in her seat on the way over) and stole away to my car. I drove away, waiting for the overwhelming emotion that I’d been warned about to come over me. The dreaded “First Day of Daycare Crying Spell.”

But the tears didn’t come. I was sad to leave her, sure. But I was comfortable with Betsy, and knew she’d love on my baby girl all day.  Which I know she did, because she texted me a couple of pictures throughout the day. I felt completely at ease. And honestly, like there must be something wrong with me.

But the more I think about it, the more I think that my lack of tears was a good thing. It didn’t have anything to do with how much I love my Peanut. It was a reflection of just how comfortable I was with Betsy.

If I’d chosen a center, I am certain I’d have cried as I drove away that morning. But I knew Betsy was fully capable, and that she’d love and care for Peanut as if she were her own, just as Sheryl did when I was little.

The choice between an in-home and a center is a personal one that every mom makes, and she has to choose based on her family’s needs — for example, two of my nurse friends send their kiddos to centers because they need to drop off at 6am, and many in-homes don’t open until 7. But one of the big selling points for me was the knowledge that I’d always know who was caring for my little one. Finding someone I who would love my daughter so much meant my cheeks remained dry that day.

I think we did good.

*Nothing infuriated me more during the daycare search than the fact that most (or maybe all?) in-home daycare providers have an unwritten rule: if they don’t return your call, it means they don’t have room for your child. That’s the case even if they personally answer the phone and tell you personally that they’ll call you back once they’ve determined if they have availability. Apparently professionalism is optional! Super classy.