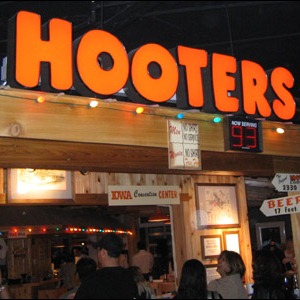 I had always heard that you could look to your sisters and mom to predict how your own pregnancy would go.  If they had sore boobs, so would you. If they barfed for 12 straight weeks, you probably would, too.

My sisters had easy first trimesters. A little bit of sore boobs, some tiredness, but no nausea and nothing crazy. And mine started off that way…. but it didn’t last.

At week 7, it all went to shit. I felt like barfing when my stomach was empty; I felt like barfing after I ate (even when my meals were tiny). I woke up at least once every night with my head spinning like a crazy person’s. I came home from work and went straight to bed, spending Saturdays and Sundays sleeping in, napping in my La-Z-boy, and going to bed early. I bawled at the most ridiculous things — including the Book of Mormon soundtrack and The Pina Colada Song. Yep, the “If you like pina coladas, gettin’ caught in the rain!” made me cry. Seriously.

Now that I’m 13-1/2 weeks, the crappy parts are beginning to slowly subside. Good riddance!  But there’s one thing that’s sticking around, and I am fully enjoying it — er, them. The boobs. 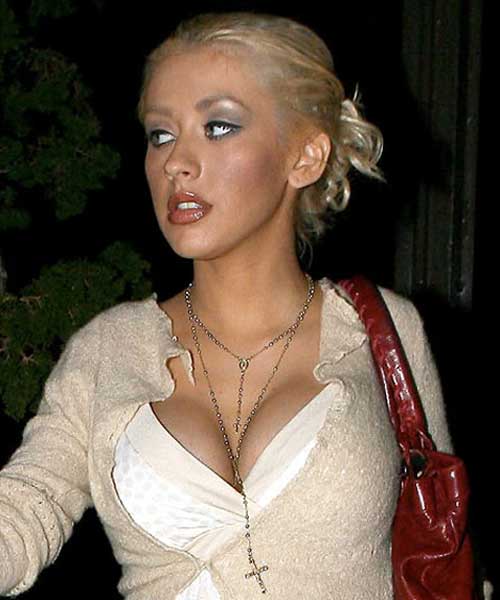 I found this awesome picture of Christina Aguilera’s pregnancy boobs. Now this girl is ENJOYING them.

Well, “enjoying” is relative. I’m definitely not wearing any sexy tight pants and low-cut tops and hitting the bars, the way I would have if my pair of little Bs had suddenly transformed into Cs back in my single days. So they’re not really being enjoyed much outside my own house.

But when combined with a Christmas present I got from my Mom — an Express top my little sister declared was the “greatest boob shirt ever” — even my boss commented on my Uncharacteristically Giant Hooters (my boss is a chick, btw).

One downside: my bras don’t fit anymore. I can’t buy proper Victoria’s Secret bras at $46 a pop for my temporary boobs. I’ll have to get some Target bras to tide me over.

There’s another downside too — I’m having trouble getting used to their new circumference. The boobs are now creeping into my armpits, and it freaks me out. Boobs are supposed to be right out front, and only in your armpits if you lay down.

I started telling my husband at around 6-7 weeks that my boobs were growing. He’d sneak a glance as I got out of the shower and shrug. “Meh. They are not.”

We were in South America during my 10th week of pregnancy, putting on bathing suits to sit in the hot springs (yes, I know, pregnant women aren’t supposed to be in hot tubs, but they were only 84 degrees, so it was safe). My husband’s eyes skipped past me, but screeched to a halt and came back, stopping at my chest. “Oh my God, your boobs got big!” he said, eyes bugging out. “They look fake.”

*Yes, I’m picking on women who get fake boobs. I limit this mockery to women who get fake boobs because they think it will make boys like them, or because they aren’t satisfied with the boobs nature gave them. I’m perfectly okay with fake hooters as a result of a major weight loss or double mastectomy. I have a right to ridicule stupid B-cups who go under the knife just so they look better in a swimsuit.*

I hear they get even bigger when my milk comes in. No doubt, my husband will enjoy them. He’s entitled to be an obnoxious boob guy for a little while. He didn’t marry me for my boobs (obviously), so it’s a nice bonus for him that he gets to (temporarily) enjoy some hooters on his wife. At least until he makes a million dollars and buys me a silicone pair. 🙂