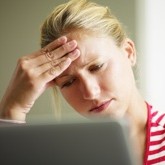 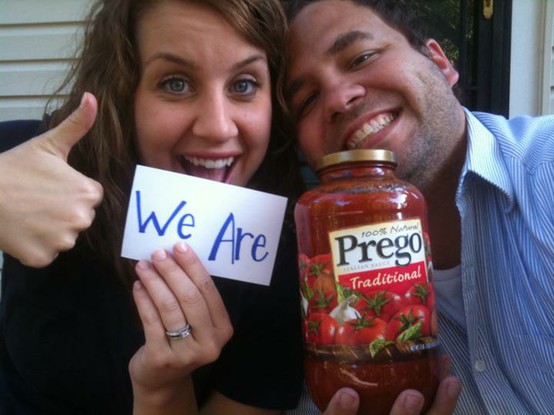 I googled “Facebook pregnancy announcement” and saw a ton of the same old boring crap. This one was slightly unique, so it gets a shout-out.

It’s that time of year again.

The holidays. When we find ourselves surrounded by carb-laden meals and sweet treats. It’s a time when you’re reminded that your family is indeed a bunch of crazy people, when your friends dream up 30 things they’re thankful for, and Christmas newsletters fill your mailbox.

It’s also the time of year for a flood of pregnancy announcements.

The tidal wave happens every year in late November and December because families get together, and it’s the ideal time to announce the news to everyone at once. Many couples will delay the big news until everyone’s gathered, then burst forth with it on their Facebook page right after they’ve spilled the beans to family.

Here’s my request for those of you who are drafting your own Thanksgiving or Christmas Facebook pregnancy announcement:

Before you shout the big news to the entire world, pause for just a moment.

Ask yourself: “Do I have a friend who’s trying to get pregnant right now too?” Perhaps your friend started trying just a few months before you did, or perhaps she’s been trying much, much longer. Maybe she miscarried a few weeks back and is still grieving the loss of her pregnancy. Maybe she’s already under the care of an infertility specialist, starting assisted reproduction like my husband and I did to get our little Peanut. 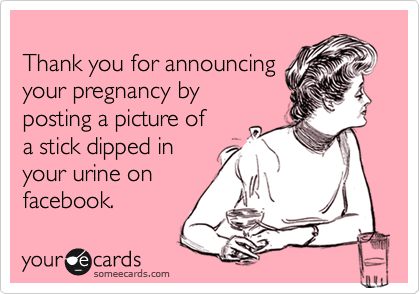 So stop typing that status update. Instead, send your friend a message, set up a coffee date, or start writing her a kind and heartfelt email, or better yet, if she’s a close friend, pick up the phone and call her.

In short, TELL HER FIRST.

She will love you for it, and though it might hurt her to hear the news, telling her first will give her a chance to process the disappointment and sadness privately, so she can share in your happiness publicly.

P.S. — For fun, you can check out my blog on Facebook Pregnancy Etiquette, written in June 2011, when I was in the midst of my own infertility. It’s a glimpse into the head of a girl who was struggling, and more than a little frustrated.

P.S. #2 — You can also read my 2011 blog about a sweet, sweet friend who told me about her pregnancy before announcing it to the world. I was envious, but so grateful she told me. The last part of that blog is about a shitty friend, so you can skip that. The first part is about a good one. 🙂