People can really surprise you. 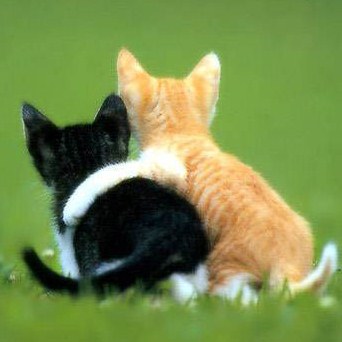 In the two weeks leading up to my egg retrieval, two things happened. Both gave me a glimpse into human nature and the way we treat each other.  One uplifting, the other disappointing. All the same, it’s revealing.

First, an old college girlfriend, Kristen, started chatting with me on Facebook. We chat on occasion, when we have something to talk about — like a mutual friend who married a dude she just met, or the Hawkeyes’ pathetic collapse in the fourth quarter. She lives 5 hours away. I don’t have her phone number, and I don’t have her email — we’re simply Facebook buddies.

So here we are, chatting one afternoon, and Kristen says, “I wanted to talk to you about something before I announced it to the rest of Facebook. My husband and I are expecting again, and I wanted to tell you first.”

I was floored. And thanks to all the hormones I was injecting on a daily basis, I started tearing up immediately.  For Kristen to think of stupid little me at this very important moment in her life was just…. wonderful.

Don’t get me wrong — I don’t expect all 328 of my Facebook friends to think about me before the big announcement. It seems reasonable to expect that from my close friends, those who know what’s happening. But the fact that this casual friend was sweet enough to tell me before telling the rest of the Facebook-sphere…  I was speechless. I still am.

A few days later, the morning before my egg retrieval, I got an email from a close friend — a woman I’d been friends with since Kindergarten.

Let me preface this by saying that I’ve always had trouble with female friendships. I grew up with 3 sisters, and with all those girls in the house, we tended to say exactly what we thought, hurtful or not:

But sisters are different — you can say things that are awful, and they forgive you anyway. The funny thing about friends:  they don’t have to.

And over the years, when I’ve been a little too honest, several of mine have chosen to walk away.  So having had this particular friend for nearly 25 years was a point of pride for me.  I never really stopped to analyze the friendship; I didn’t really think about those things. I was just excited that it existed at all.

But when it came to an end, via a 4-sentence email, the day before my egg retrieval, I was devastated.  And shaking as I typed a quick reply, asking for an explanation. Then crying rather uncontrollably for the better part of a half hour, trying to make sense of it. Then I was just furious.

The reason for the “break up” wasn’t clear, but it must have been good enough for her to break the news to me the day before my egg retrieval. The one week out of the year I was supposed to remain stress-free.

I’ve stopped trying to understand the reason behind the break-up. I don’t expect an answer to my email. I’m still hurt, incredibly so. But I’ll get over it. As more time goes by, I gain clarity about what our “friendship” really was, and the fact that it was probably not a rewarding relationship for either of us.

But man, that timing…

Like I said, people can surprise you. Too bad it’s not always good.