Is the entire WORLD pregnant? 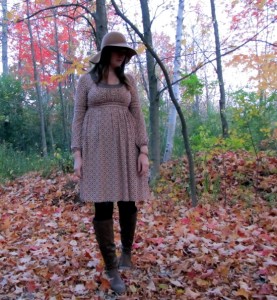 The empire waist: A fashion element that makes everyone look pregnant!

It’s the “new car” rule. Until you buy a Toyota Corolla, you don’t notice that there are a TON of them on the road. No sooner than you drive off the lot with yours, in Graphite Blue, do you see 14 others exactly like it on your four-block drive home.

Same goes for butterfly tattoos. I didn’t realize the entire world had the same tattoo until I got one. Suddenly, I was no longer unique and different, I was just one of many tramp-stamped butterfly-lovers. *sigh*

When you start thinking about having babies, that’s when you first notice all the pregnant people in the world. At the grocery store, at Target, at concerts, at the pool, at Epcot Center… they’re like locusts, bringing a plague upon your people of…. well, more people.  As you get further into the baby-making routine, most women get more sensitive to sighting pregnant chicks in public, so it only gets worse from there.

I’m never pissed off at these strange women (not yet), but it’s a small kick in the face. It feels like God is laughing at me, pointing his finger in my face every time he puts a pregnant chick in my line of sight.

If there’s one place in the world where you can guarantee everyone else there is as not-pregnant as you are, it’s the infertility clinic. But when I started seeing my infertility doc, I began to notice that she was a little… shall we say, oddly rotund. As the months went by, her white coat was buttoned less and less, and I thought she had either canceled her gym membership or she was carting around a passenger in her pouch. Soon, the answer was clear.

The infertility doctor has a bun in the oven.

It’s really a huge bummer when the oh-so-helpful and supportive doctor who’s been holding your hand from Day One becomes The Enemy. Okay, she wasn’t really the enemy, but she had what the rest of us wanted. To her credit, she tried to keep it covered up (literally). And she never, ever mentioned her own pregnancy or her upcoming maternity leave.

New rule, I just made it up: Women who work in infertility clinics go on maternity leave in month 6 of their pregnancy. For their own health, so they can avoid the clientele shooting “I hate you” eye daggers at them while they’re incubating. And for the sake of the infertile women walking by them and thinking, “Dammit. The entire world is pregnant except for me.”