All I want for Christmas is the truth 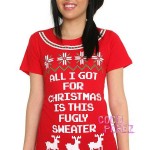 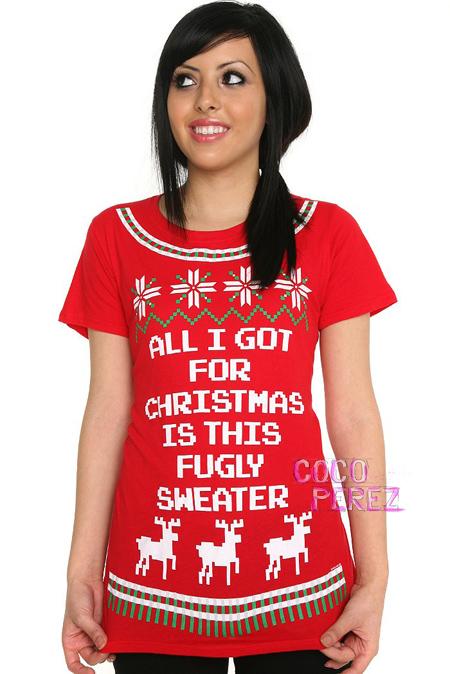 She makes it look cute, somehow.

One of my biggest pet peeves in life is the Christmas letter.

You know what I mean. They’re carefully folded and inserted into Christmas cards, usually replete with blurry photos, and almost always created by someone with a sub-par knowledge of Microsoft Publisher. The design, however unattractive, isn’t the worst part. It’s the content that usually offends me.*

Why do I hate them? Because most Christmas letters glaze over the bad stuff, which is a load of crap. Life is NOT all positive, and anyone who tries to pretend otherwise is a horrible, awful person.

But inevitably, someone drafting a Christmas newsletter will think they can pull a fast one and write a “sunshine and puppy dogs” letter.

“We’re so blessed! The children are getting straight As and testing three levels above grade. We moved into our new seven-bedroom dream home in June, after John got a big promotion and 72% pay raise. I’m now a full-time stay-at-home-mom, and when I’m not helping out at the kids’ school, I volunteer at the children’s hospital and teach Sunday school at the National Freaky Cult Church. Praise the Lord!”

“2011 was amazing for me! I was selected for a starring role on Two And a Half Men after a very wonderful and talented young man decided to leave the show. I was able to get some much-needed muscle relaxation through hot water therapy, made better by the company of a lovely young woman who I befriended. And in late fall, Demi’s successful career allowed us to buy a second home for her!”

Yeah right, AplusK. A crackhead got fired and you were a distant second. You shagged a strange blonde in a hot tub and your wife divorced you, even though she’s about 34 years older and you should be the one dumping her. Life didn’t work out so pretty for you now did it?

My family has never enjoyed my “alternative” form of Christmas letter, mostly because it usually reveals some family secret — a big fight or some family drama. I’ve always felt, however, that honesty is best (this blog is just one manifestation of that philosophy).

Sometime in the next week, I’ll post my very own Joys of Infertility Christmas Newsletter – focused on this blog’s topic: making (or failing to make) babies! I’ll have some free time this weekend after my embryo transfer, so keep an eye out next week for my attempt at a Christmas letter.

*There are a few Christmas letters I actually look forward to — my mother-in-law’s sister writes the best one I’ve ever read. It’s pure truth but completely hysterical.  I love the ones from my graphic designer friends, too, but mostly because they are awesome to look at!