Love is a four-legged word 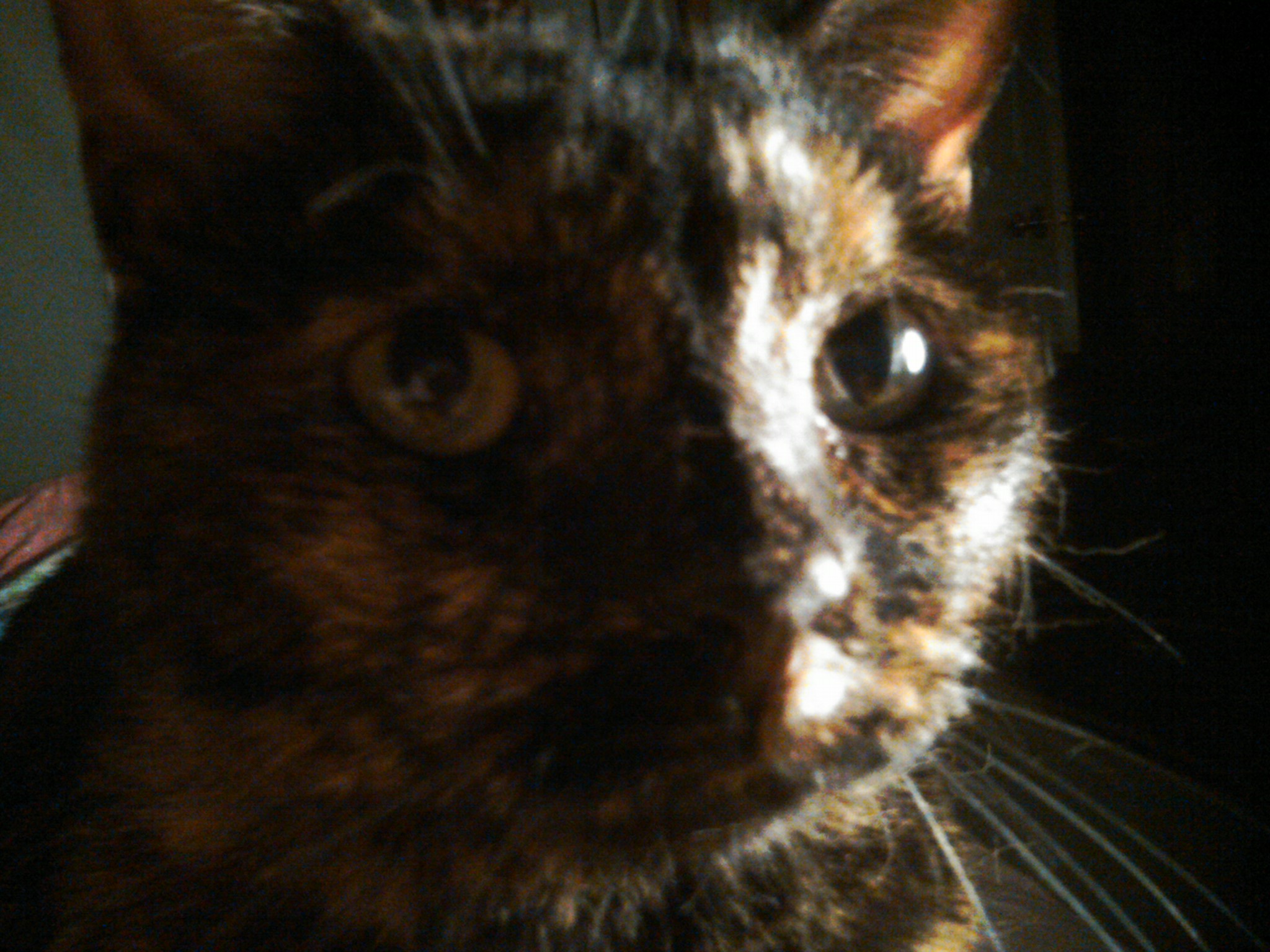 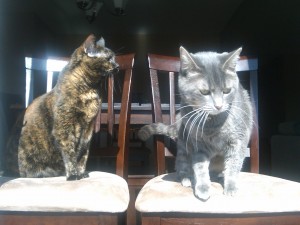 Nothing with four legs survives very long when you live on a busy two-lane highway. Our farm was home to about 50 head of beef cattle, and was always full of animals – mostly cats and dogs.

Thinking back on my childhood, there’s much that’s different about the way we treated our animals compared to the way I treat my pets today. It could be a “rural mentality” that animals are disposable or dispensable. But when I remember some of the atrocities commonplace during my younger years, it makes my stomach turn. Unwanted puppies were “dumped” alongside a remote gravel road. A yellow Labrador we rescued got aggressive with the meter reader (among others), and was taken to a wooded area and shot. And our black lab puppy, Mickey, was struck by the tractor while our driveway was being bladed after a snowstorm.

Our cats were constantly being run over. In most cases they didn’t make it through kittenhood. Each time a litter was born, we’d call “dibs” on a kitten that would be “ours.” One day in my teens, angry at my sister, I stormed out to my mother’s Ford Taurus, started it up and backed out without checking under the tires. I felt a bump and slammed on the brakes, my stomach dropping as I leapt from the car. My own kitten was lying on the gravel, writhing in pain. I ran to her, picked her up and cradled her to my chest, pleading and apologizing, as she twitched and then lay still. I burst into tears and didn’t stop crying for hours.

A year later, I was pulling out of the driveway, but had to pause to wait for an oncoming car. As if in slow motion, I watched our cat, Pooky, try to cross the highway at that moment. She darted under the wheels of the oncoming car, where mercifully she was killed instantly. My sisters and I stood at the edge of the highway with a shovel, waiting for a break in cars to retrieve our beloved pet. One jerk actually went out of his way to run over the body, despite seeing us standing a few feet away, our faces streaked with tears.

The rural area I grew up in continues to amaze me with its disrespect for animals, a permeating attitude that pets are second-class citizens. Last summer, I visited my hometown, and took my dog with me to a softball game at my old high school. My grandmother, who is in her 80s, was recovering from a course of chemotherapy, and I wasn’t about to ask her to puppysit. I kept the dog on his leash, religiously picked up his poo, and shushed him every time he barked. Many people fawned over him. Despite that, signs went up at the ballpark shortly after my visit:  NO DOGS ALLOWED. I’m embarrassed to have grown up among that mentality.

My mother was staunchly against cats in the house, but occasionally we’d sneak them in. I remember one cat, Gracie – an all-white cat with a black tail – who suddenly lost use of her leg. After weeks of dragging it around, it was raw and certainly painful, so I begged and pleaded my mother to take her to the vet, where they amputated the leg. I remember my mother grousing about the cost for her care. When she came home, now a three-legged kitty, I snuck her into the house often and snuggled with her. That winter, my sister and her boyfriend had just pulled out of the driveway, headed to town, when they reappeared at the front door. The boyfriend unlocked my father’s gun cabinet and took out a handgun, informing me flippantly that they were going to shoot my cat. She’d been hit on the highway and they were going to put her out of her misery. I’ve yet to forget the gleeful look on his face when he strode out the door, the loaded gun heavy in his hand.

This mentality permeated my first 20 years on this planet, until I moved away for college. Shortly after getting my first apartment, my roommate and I adopted a two-year-old cat, a shorthair torti we named Pandora. We rescued her, but not in the traditional sense – she came to us from a friend whose father had been keeping her in the laundry room for weeks (his new girlfriend was allergic).

Panda, as we called her, was haughty, reserved her affection for me alone (and later, my husband), and kept a wary distance from strangers. But she had little quirks all her own – like dipping her paw into a glass of milk if we happened to leave it unattended. She slept at night on my husband’s pillow, with her long body curled around his head. Each night, around 4am, he’d awaken to her licking his scalp, grooming a small spot of his hair, intentionally and methodically.

As I grew accustomed to having a pet in the house, with me every morning and night, I began to look differently upon the way I’d seen animals treated. I couldn’t bear the thought of sweet kitties like my Panda girl being stuck outside in the freezing cold.

My disgust with the “rural mentality” toward animals got worse after I got my first dog. I learned everything I could about dog training beforehand, and spent $80 on a puppy training class at the community college. I took my dog-parenting responsibilities very seriously. After Kitty stole my heart (which took about 20 minutes), I found that I couldn’t read news stories about animal cruelty anymore. I squeezed my eyes shut when I visited my hometown and saw dirty, ignored golden retrievers chained to filthy doghouses. I couldn’t understand it – how could someone be so cruel to a defenseless animal that depends on you for survival?

Yesterday, after 12 years with Panda, we took her to the vet for the last time. We made the very difficult decision to put her down after over a year of declining health. Now 14 years old, her weight had dropped from 17 pounds to six. She’d stopped sleeping in our bed, and had begun emptying her bladder around the house. Her liver cancer became so advanced that she was frantic for food at all times, since her body wasn’t properly converting food to energy.

In childhood, I’d never had a pet long enough to get attached the way I did to Panda. I’d never known a cat so well before, nor had an animal ever been so close to my heart. The idea that a cat’s death would be intentional, a decision to be made, was something so foreign to me that I couldn’t fathom it.

The drive to the vet was interminable; my husband crying quietly, me holding Panda to my chest, scratching under her chin. We walked into the clinic and were immediately taken into a room, where the compassionate vet explained what would happen. He gave her a tranquilizer shot, and I held her closely, whispering to her quietly as she lay her head down on my shoulder and slowly drifted off to sleep. I lay her limp body on the table and turned away, burying my face in my husband’s shirt as the vet administered the injection. I sobbed so hard my entire body shook.

A moment later the vet spoke softly: “It’s done… she’s gone.” He turned and left us alone with her.

We kissed her forehead and told her we loved her. I didn’t want to stay long; I was scared that the sight of my lifeless kitty would crowd out the many wonderful pictures of her alive and well in my mind. My husband hugged me and reminded me that we had a beautiful Peanut waiting for us at home, and our puppy dog, and our other cat, Simon, who was probably peeing somewhere at that very moment.

I laughed through my tears.

My Panda was with me for all of my adulthood, through college, the tumultuous years afterward, my first home, meeting my husband, and the birth of my daughter. And for 12 years, every time I was upset or crying, she’d appear from nowhere and snuggle in by my side, comforting me. This time I’d have to cope without her reassuring presence.

How we treat our animals is a direct reflection of who we are as people. While I was exposed to the worst of this growing up, it’s reassuring to know that how I was raised – and the atrocities I witnessed — didn’t turn me into a heartless jerk. The grief I’m experiencing today, and will experience in the weeks and months to come, is a reminder that no matter the horrors I have seen, my heart is still capable of loving an animal just as it loves a human. 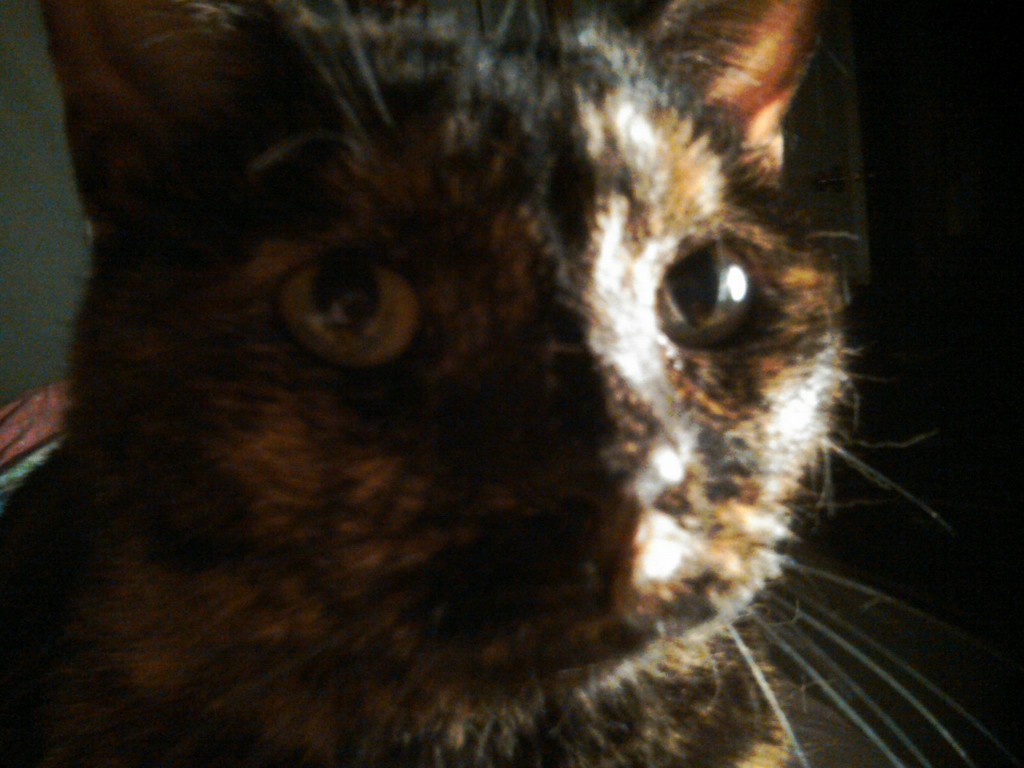 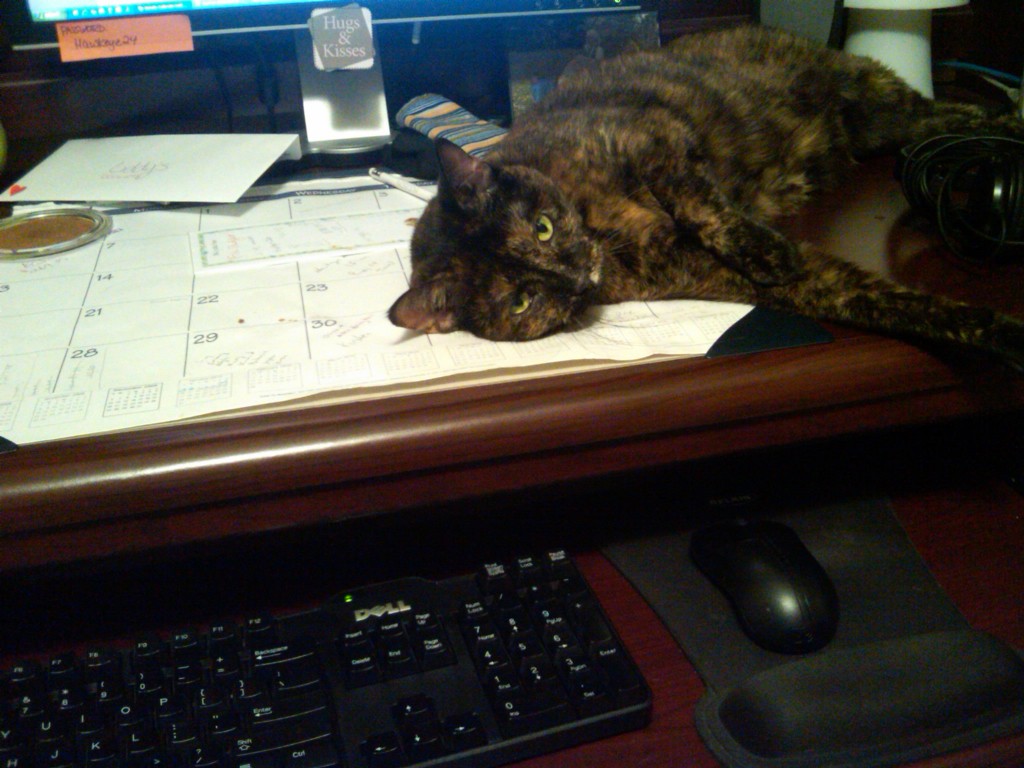