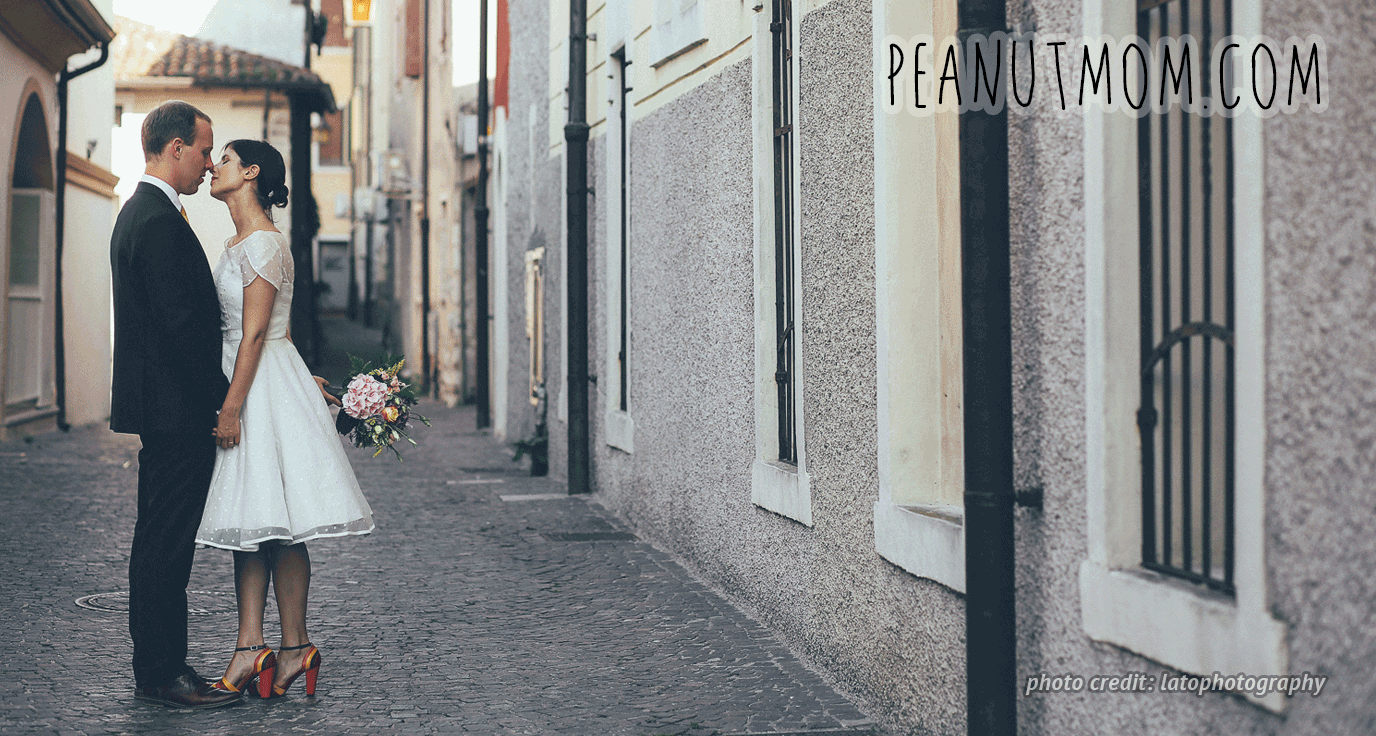 It was a beautiful summer night, and I stood chatting with my backyard neighbor over the fence as our four combined children squealed gleefully, playing on our backyard swingset. When the weather is nice, our kiddos play together nearly every day. My neighbor (I’ll call him Will) glanced toward the house, where his wife (let’s call her Erin) was cleaning up after dinner.

He leaned toward me, like he had a secret, and spoke quietly. “We won’t be here tomorrow night,” he said. “Well, the kids will be, with my mom, but Erin and I won’t. I planned a surprise trip for her to Chicago,” he said with a big, proud smile. “I got tickets to one of her favorite bands, too.”

I was impressed. “Wow, really? Does she have any idea?”

He shook his head. “Nope. I’m packing a bag for her. I have no idea what to throw in, but hopefully I’ll guess right.”

“That is the most awesome thing, ever. I wish Nathan would do something like that,” I sighed wistfully, glancing over my shoulder at Nathan, who was puttering around near the patio.

Just then, Erin walked out the back slider and into the backyard. Two of the kids had wandered over by then, and were listening to the end of our conversation.

“What are you talking about?” his six-year-old asked, not at all quietly.

We recovered quickly. “We’re talking about your first day of first grade, big girl!” I said brightly, hoping to distract them, and cover our tracks with Erin, who was almost to the fence. The girls got bored and wandered off, and I talked for a few minutes with Erin about nonsense.

That night as Nathan and I settled into bed, he put on his “hurt husband” face. “You didn’t have to say those mean things to Will about me,” he muttered.

I was incredulous. “What mean things?!”

He seemed shocked that I didn’t know what he meant. “About the surprise he planned for her!”

I smiled. “Oh, honey, it’s not a competition. I was just saying how lovely it would be if you were to do something like that sometime, that’s all. Because honestly, it’s not something you’ve ever done.”

He harrumphed and posed a counter-argument. “I got us tickets to Sting and Peter Gabriel, and I did that all by myself!”

“You’re right, you did, but it’s not even close to the same thing. That concert was in Milwaukee, on the last day of our week-long vacation. I had to do a ton of stuff to get us to that point. I had to pack for two kids and myself for the entire trip, figure out what I was going to wear, make sure we had food the kids would eat… that was a lot of work,” I explained.

He still didn’t get it. I tried to explain.

“What makes Will’s surprise so awesome is the fact that Erin didn’t have to do a damn thing. He just took care of it for her.”  I was still in awe over the enormity of this task, and more than a little green with envy.

Nathan didn’t want to talk about it any more. He rolled over and went to sleep, and I let him. He just couldn’t possibly understand.

Since I became a mom, I feel like my days are spent taking care of things. Not just tasks and responsibilities, but I take care of people (large and small) and animals, too. I kiss boo-boos and wipe snotty noses. I wash hair and scrub crumb-covered faces. I scour pots and attempt to cook food my kids will eat (usually failing). I pick up toys and straighten bookshelves. I locate missing princess wands, water bottles, and puzzle pieces. I make sure everyone takes their vitamins and brushes their teeth. I remind Nathan to stand up straight and call his mother on her birthday. I schedule well-baby checkups and flu vaccinations. I set calendar reminders for birthdays, friends’ due dates, and Peanut’s field trips. I email the bug man to set up a whole-house spray so those goddamn wolf spiders will stay out of my house. I set up playdates for Saturdays when Nathan’s out of town. I make a meal plan for the week to feed me and the kiddos. I feed the dog, shoo the cat outside when he’s fixing to barf, and then clean up cat vomit when I don’t move fast enough (or just call in the dog to take care of it, LOL). I water flowers, trim the hedges, fix the broken birdbath, and sell crap we don’t use anymore on Facebook. I bust my ass to find time I can spend with my friends so I don’t go insane. I plan trips to see my family, even when it’s a crazy long drive that I have to do all by myself. I arrange dog care when I go out of town. I saw a quarter-inch off the bottom of the laundry room door because it’s sticking to the jamb. And I take Squeak by the hand and lead him back to his bed 8 to 12 times every night.

(I am not implying that Nathan does nothing; I could create a nice healthy list of the things he does to keep our household running, not the least of which is all of the laundry, grocery shopping, and errand-running. But it’s beside the point here.)

Even if I focus only on the things in my realm of responsibility, I still feel like my life is one giant, miles-long list of things and people to take care of.

What made Will’s surprise trip to Chicago so amazing is the fact that Erin didn’t have to take care of anyone or anything.

Will cleared it a month ahead of time with her boss, who scheduled a “fake” training session on Erin’s calendar, and let the rest of her coworkers in on the secret (they too had the “fake” training on their calendars, so it would be believable). He arranged child care with his mom all on his own. He packed her suitcase (Erin told me later that he packed something like 10 outfits and seven pairs of shoes for an overnight trip, and threw in every toiletry he’d ever seen her use in the last decade—the man was thorough, I tell ya). And he bought the concert tickets. All without her knowing or lifting a finger.

When Will and Erin returned from their trip, Nathan walked over to their backyard that night to shoot the shit while the kids jumped on their trampoline.

“Yeah, I’ve been hearing that a lot,” he said. Erin’s Facebook post about the surprise trip had gotten several scornful comments, like, ‘Gee thanks Will, for setting the bar way too high for the rest of us!’

It’s not a high bar, husbands. Seriously. You can do this too.

Think of something your wife would like to do. Dinner and the new Jack Reacher movie, seeing a Counting Crows concert, tickets to Book of Mormon, a weekend away from the kids…whatever. Then think of everything that would need to occur for that event to happen. Take your time, and write it all down.

Then DO IT ALL YOURSELF.

Even if you’re not sure, take a stab at it. Be conservative (e.g., pack 10 outfits and seven pairs of shoes for an overnight), and thorough, but do not involve her.

Hell, it doesn’t even need to be a surprise: “Honey, I’m taking you out to dinner next Saturday, and I’m taking care of the babysitter. You just show up and look cute. I’ll handle the rest.” Pick a restaurant she’ll like (if you’re married and don’t know what food she’d like, you need more help than I can give you, dude), and plan to drive the sitter home at the end of the night. Boom.

I bet you’ll even get laid, too. Because nothing is more attractive to a woman than a man who knows what a woman really wants: a break from taking care of her entire world.