Even a dummy can do it 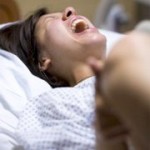 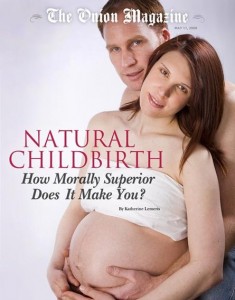 I love The Onion.

“If you can poop, you can give birth.”

As soon as my sister said it, I busted out laughing and couldn’t stop. I almost had to pull over.

I was telling her about our first – and last – childbirth class, which we’d attended the night before. It was Week 1 of a four-week series, and in two and a half hours, we managed to cover very little actual substance.  We did, however, go around the room awkwardly announcing our due date, baby gender, names, favorite part of pregnancy, and one thing we’d have to give up once we became parents that we would miss.

(We were the only couple out of 8 who didn’t know their baby’s gender. I knew this wasn’t a popular choice, but COME ON PEOPLE, a little surprise never killed anyone!  Only two couples shared their baby names [Olivia and Ivana].  All of us liked feeling the baby move the most. And I refused to answer the last question because I thought it was total crap. It pissed off another couple, who expressed their irritation that their child would be thought of as anything other than a complete blessing.)

On a Powerpoint, the instructor reviewed the signs of labor, then took a potty break. Next: relaxation. We laid on plastic mats in the darkness while a silky-voiced woman on a CD walked us through relaxing muscles from our toes to our ears, reminding us repeatedly to “just let go.” The exercise was preceded by a four-minute song that was, by far, the cheesiest excuse for music I’d ever heard. Lyrics included “Welcome to our world, little one, we extend our arms to you.” (*Insert barf here*)

After another potty break, we watched an overproduced video that demonstrated labor positions, major gems including “Sitting” and “Standing” and “Squatting.”  Despite all this guidance, the video closed by saying that when the moment comes, you should find positions that feel comfortable and move around a lot. Gee, what a novel idea!

The next day, I sent an email to the program coordinator, asking (very nicely) if it was possible to get a partial refund for the $60 class, since we wouldn’t be returning for sessions 2 through 4. I explained that we had done a fair amount of reading and research, and the content of the class was not going to cover anything we didn’t know about, plus the pace of the class was “quite slow.”  Impressively, not only did I get an immediate email back offering a full refund, but I also got a call from the director, asking how to make the class better.

I’m a childbirth class dropout – it’s true. But childbirth isn’t like other things you take a class for. If I don’t take a course in Hebrew, I will never converse with a group of orthodox Jews in their native tongue.

Childbirth is different in that whether you take a class or not, you’re still having that damn baby. Being educated about it doesn’t make it happen. It’s coming, and you’re not stopping it.

Let’s remember, ladies, that this isn’t sub-Saharan Africa. The townspeople won’t banish you to a hut on the edge of the village at the first signs of labor, wishing you good luck and taking bets on your making it out alive. This is 2012, when most of us give birth in a hospital, carefully guided through labor and delivery by nurses and doctors with lots of training. Trust me – even if you’re so stupid as to arrive at the hospital believing you’re fixin’ to shoot a baby from your urethra, the doctors and nurses will make sure even you, Complete Idiot Woman, won’t screw it up.

Some argue that taking the class helps you “feel more prepared” for the experience. But what does that really mean? “Preparing yourself” for something you’ve never experienced is basically an attempt to control the situation. Anyone who has given birth would laugh at the concept that you can control the labor and delivery process. We’d all be better off if women about to give birth accepted that they will have no control –during labor, or hell, even after that kid arrives – and any control they think they have is an illusion.

There’s not much more to learn about childbirth aside from what’s covered in Chapter 14 of What to Expect. So we read the book (I actually read several, along with many blogs and websites too), and we’re about as prepared as we feel we need to be. Breathe through the contractions. Relax. Move around a lot.

Don’t worry – I already know that I can do this childbirth thing.  Because I am a really, really good pooper.