“Should you be drinking? Aren’t you trying to get pregnant?” 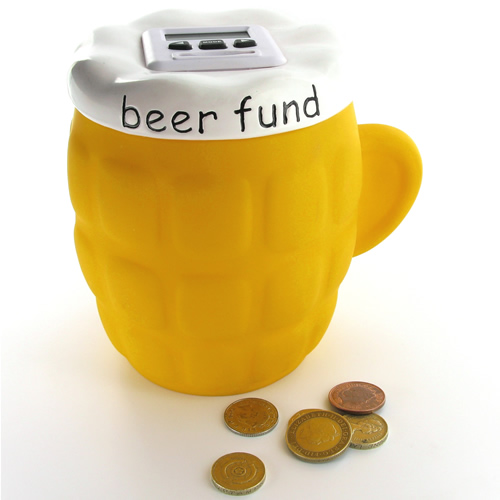 Nobody should come between a woman and her Spotted Cow (for the uninitiated, it’s the world’s best beer from New Glarus Brewery).  Well, if it’s her sixth Spotted Cow, and she’s slurring and falling off her chair, alright — you have my permission to intervene.

But if she’s calmly and reasonably enjoying a cold one, it’s definitely not your business to say anything.  There’s a lot you don’t know.

This is the car seat I rode in when I was a baby. There wasn’t much padding left on the metal overhead bar by the time it was handed down to me, and I turned out just fine, didn’t I? Wait, don’t answer that.

You may not know that her upcoming IVF cycle was just delayed a month because of a nationwide shortage of Leuprolide. That gives her a good 110 days until she has to be on the ovary clock, so by all means, DRINK UP, sugar.

Or maybe her most recent pregnancy test, that very morning, was negative, again, and she’s trying to enjoy a little buzz to drown her sorrows in a very grown-up way.

Whatever her reason, it’s her own damn business.

Even if she IS pregnant, it’s okay to have wine on occasion. I’m not talking Lindsay Lohan’s idea of a “reasonable amount” (which is closer to a box than a glass), but a singular glass of wine is perfectly fine. It’s not the end of the world.

Besides, we are way too flippin’ sensitive about what pregnant women put in their bodies during pregnancy (but that’s a topic I’m saving for another blog).

Until then, I’ll amuse you with a photo of a 1980s car seat. The one my sisters and I rode in (when we weren’t on my mother’s lap [!!!], Britney-style) looked a lot like the one in this photo. Lots of exposed hard plastic and a nice metal restraining bar. Hey, it worked for roller coasters, it’ll work for babies!