Do you want it? Welp, you can’t have it. 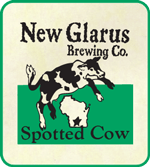 Last week, when we met with the IVF nurse, she told me that I can’t drink after I start my injections. Never mind that I won’t actually be hatching any eggs for three weeks, nor receiving the embryos made from said eggs until 3-5 days later.

I’m not a boozy hound on a normal day, but I like a beer every once in a while. Maybe once a week. I wasn’t really wanting one, right up until they said I couldn’t have one.

Now, I see Spotted Cow in my sleep. Frosty glasses full of amber goodness. Oh, my. If this thing takes, it’s going to be a long year.

Stupid baby.  Already ruining my life.  I dislike him/her and they don’t even exist in XX or XY form yet (*crosses fingers for XX*).

So what’s with all this lecturing of pregnant women? Worst of all, telling pregnant women they shouldn’t get their HAIR COLORED?!?!  Gee thanks, my self esteem is already sky high with this deformed midsection, enlarging my butt, hips, thighs, and boobs (okay the boob part is cool). I definitely will feel better if my roots are so grown-out that I look like a two-tone Camaro.  Fantastic.

I suppose this topic does deserve some attention, considering we still don’t know what causes autism (I read a recent article that said studies are pointing more and more to a genetic cause combined with an environmental trigger).  So I’m more apt to believe it’s caused by plastic phthalates or some of the crazy food we eat — as opposed to blaming it on Loreal Natural Brown.

Women have been kicking out babies for all of eternity, long before we had all these lame restrictions. I’m fairly certain a pregnant woman at some point in the Ice Age ate raw fish, and I bet that cavebaby went on to hunt sabre-toothed tigers right alongside his buddies.

My friend Amanda’s mother smoked weed every day she was pregnant with her. Sure, she’s a little short, but she’s smart, funny, and can even do long division.  So even when we were screwing it up bigtime, we still turned out decent babies.