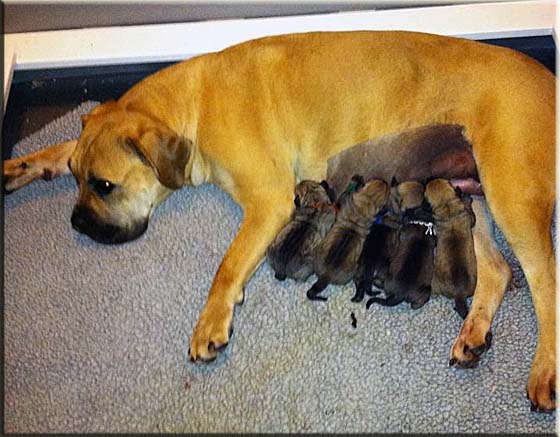 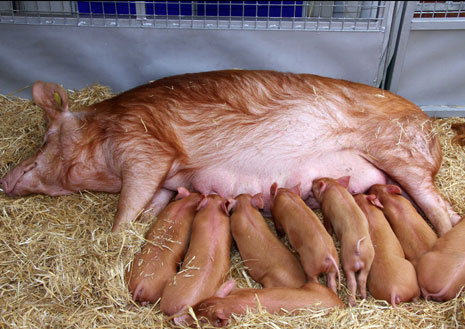 Pigs really put no effort into nursing. The big fat mom just lays there for hours on end, paying zero attention to her little piglets, while they step all over each other and fight for a boob. Classy. And by the way, what the hell is up with this hairy sow? Gross. The ones I’m used to are pink and don’t look like Chewbacca.

Before I gave birth, I had nightmares. They weren’t “typical” for pregnant women – oddly, most of them were centered around breastfeeding. In one, I gave birth and the baby was quickly whisked away. A few minutes later, when I begged to see him, they brought in my baby: a walking, talking toddler. I was heartbroken, but not because he was giant. I was upset because he was already eating solid foods and I couldn’t breastfeed him. I was supposed to feed him – I knew that – and I couldn’t. I felt horrible.

In another dream, I gave birth alone, in a large empty warehouse-type room that was white from floor to ceiling. I held my pink infant in my arms and suddenly panicked – I needed to feed her, and I had no idea how to nurse, and nobody to help me. In that dream, I felt like it should have just come naturally, but it didn’t. I was freaking out.

Surprisingly, that dream was a harbinger of things to come. My daughter latched on the very first night and fed well. We sailed through breastfeeding at the hospital, but I still asked to see the Lactation Consultant, just to get some tips and to ask a few questions.

(Unfortunately, I was denied multiple times. My hospital has a policy where you only get to see the LC in the hospital if you’re having trouble breastfeeding. If you’re doing fine, they direct you to the nurses with your questions. Worse yet, because of an oversight, didn’t even get the LC’s name or phone number when I was discharged. I finally got in touch with her once we were home, and I’ve bugged her on a weekly basis ever since. Because of my experience, I wrote a strongly worded email to the hospital’s department head. In response, they changed their policy so every woman who births at the hospital will be visited by the LC during her stay. Yay! Results! How often does that happen?!)

So I thought we had this breastfeeding thing down when we left the hospital. A few days later, we hit our first speedbump. Trust me, when you’re sitting on your couch at 4am without a shirt on, a screaming and squirming baby on your lap, her mouth gaping and little arms flailing as she tries to find the nipple, your breasts dripping milk all over her face and clothes…all you want to do is join her in crying. You feel like a failure, a sham of a mother, and completely inadequate.

From this, I’ve learned that breastfeeding is often far from the idyllic scene you imagine before you give birth. It’s not like a litter of puppies or piglets, where mama flops on her side while her babies get their fill. She might as well nap, for all the work she has to put into it. Humans are a different story.

Breastfeeding is hard, and you feel helpless and incompetent at times. Its effect on your life can make you resent your baby (just a little bit). And though it seems counterintuitive, it’s also one of the best things about having a baby.

I should note that how I feel about nursing/breastfeeding is unique to me, and not all women will feel the same way. But I’m guessing that most moms who breastfeed will be able to relate with at least some of the feelings I had.

#1: Breastfeeding is hard and you feel helpless and incompetent at times.

Why so hard? Well, every boob is different and so is every baby. I have an impatient little Peanut (which is proof that they put the right embryo in; I’m notorious for lack of patience), and when the milk doesn’t come fast enough, she goes on a nursing strike. At the same time, my boobs like to release milk like fire hoses. Baby starts sucking, and a few seconds later, I feel a pins and needles sensation as the ducts release their liquid gold. A few moments after that my baby’s gulping down huge mouthfuls of milk, and this pisses her off (and makes her horribly gassy later on). She lets go of the nipple and milk sprays all over her, my lap, and usually the coffee table (no kidding – I’m like Old Faithful, for real). It’s called “forceful let down” and it’s not uncommon, but it is a pain in the ass.

I let the milk spray into a burp cloth for a few seconds, until it calms, then I try to put Peanut back on. Sometimes she’s so mad she won’t latch, and shakes her head from side to side, mouth open wide but not closing down when she catches the nipple. This makes her even more mad and she screams and cries like I’m starving her to death. When this happens, I have to either make a bottle to finish her meal or try the other side. That’s not a great idea, because she’ll just get another giant dose of milk a la fire hose, get pissed, and stop nursing. She’ll never get to the good stuff: the higher-fat content hind milk which comes later in a feeding. So she’ll finish up with the bottle, and I’ll pump off a few ounces and bottle it up for later.

But all of this is largely dependent on Peanut’s mood. If she’s feeling accommodating, she’ll get through the fire hose stage just fine, gulping of course, but she’ll get through it. But then the flow slows down, and she gets mad that it’s not coming fast enough. She bangs her head against my breast, grabs fistfuls of my skin, and screams in frustration. I try to squeeze my breast to encourage the next round of milk to let down, but most of the time when the flow slows, she’s firing up for another tantrum.

These are just two of several issues we had in the first 7 weeks of breastfeeding. I had three clogged ducts (all of which I managed to get rid of, thank goodness; I’m terrified of getting mastitis), a period of time where she refused to latch on the left side, milk oversupply, engorgement, and more. I think I’ve called the hospital’s lactation consultant twice a week since Peanut was born, and we did an in-person visit so I could get some help positioning her for optimal latch.

Now that I’m back to work (starting just a couple days a week, and working my way back to full-time in about 2 months), I’ve been pumping more to build up a stash. It’s difficult to build a supply without stimulating too much milk production. I’ll explain for the rookie readers: milk works on supply and demand. When you take a little out, your breasts make that same amount to replace it. When you completely empty your breasts, you make replacement milk plus a little bit more, because your brain registers an empty breast as “MAKE MORE MILK! BABY IS STARVING!”. So you have to try and withdraw some, and enough to get by when you’re at work, but not too much. It’s a delicate balance, and I for one have trouble finding it.

#2: It can make you resent your baby (just a little bit).

As I sit at my computer, plastic pumping apparatus poking out under my T-shirt, I occasionally feel a little…trapped. No matter what, as long as I am breastfeeding my daughter, I must stop every 3 hours to empty my breasts. I can nurse her (provided she’s in the mood), or I can pump, but either way, it’s got to be done. So while my husband can leave town for days at a time, and completely unplug from parenting, I am tied to my daughter or my breast pump for the next, oh, six months to a year. I’m embarrassed to feel this way, but it does make me just a little resentful sometimes. He can escape parenting when he needs a nice long break, but I can’t. It’s a full-time, 24/7 job for me. Yay for being female. :-/

Don’t get me wrong – I love my daughter immensely and I miss her when I’m away from her. And I know no one’s forcing me to breastfeed, but I fully believe it’s the right thing, and I’m committed to breastfeeding for as long as I can reasonably do it. So I don’t think I’d want to leave town for four days even if I could. I would go crazy with worry and feel like I’m missing a limb. I’m just resentful because I can’t, and my husband can. (And does, because his job requires him to.) I’m jealous of the full nights of sleep he gets on the road. Someday I’ll know what that’s like again… but not anytime soon.

#3: It’s one of the best parts about having a baby.

And now I get to my final point: that breastfeeding is one of the best parts about having an infant. I sound like I’m bipolar, don’t I? Wasn’t I just complaining about having to breastfeed?

Yes, I was. But here’s why I know I won’t give it up unless I have to. My daughter’s reflux was getting bad on Tuesday, so we decided to feed her bottled breastmilk with rice cereal added to combat the spitting up. I went an entire day without nursing her, and by the end of the day, I felt like a junkie in withdrawal. I missed it. I craved that connection with my baby. There’s some cavewoman part of my brain that enjoys providing food for her, to nourish her growing little body. The act of feeding her straight from the source is incredibly intimate, sweet, and wonderful (when it’s going well, of course). Her sweet face, eyes closed, little chin moving up and down rhythmically, her tiny fist resting softly against my chest… it is indescribable. And I know these days will go by way too fast.

So with all the trials and tribulations, the frustration, the occasional feeling of being tied down to a baby and a breastpump… they’re all worth it. Just call me Bessie – you know, a milk cow. 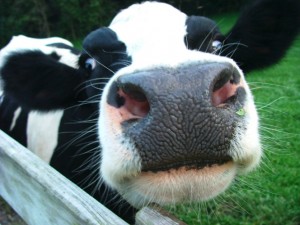