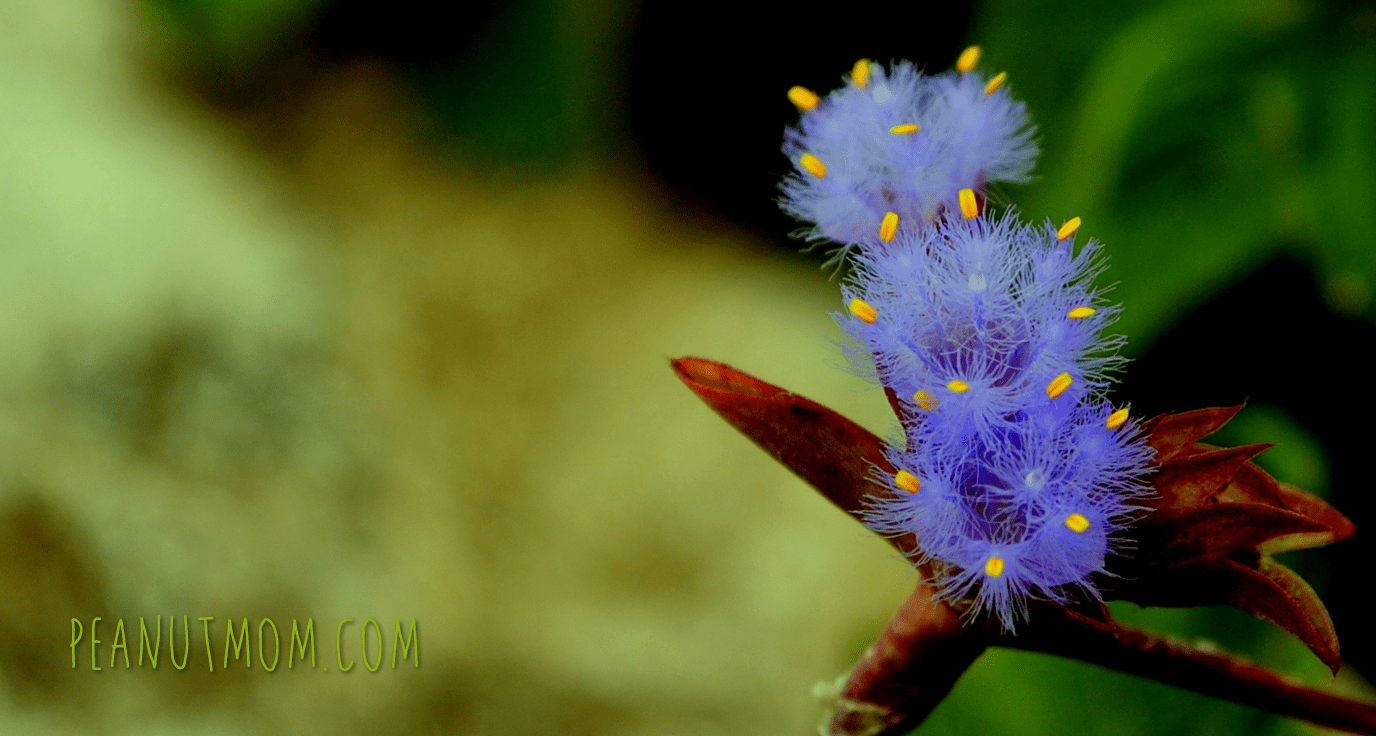 My embryo recipient, L, transferred the second of our three donated embryos in early February. After the heartbreaking ending she experienced after her first embryo transfer last October, she spent some time clearing her head and letting her body reset. After a few months, she was ready to try this rollercoaster again.

Infertiles are a resilient bunch, I tell ya.

While I never experienced a miscarriage, I did experience a failed iVF cycle. They’re very different in that the miscarriage involves a celebration, followed by a massive disappointment. My failed cycle was just a massive disappointment. I remember the weeks that followed: I searched frantically for some distraction, even planned a trip to Ecuador after getting an email from Travelzoo. I needed something to look forward to, which led to me traveling to Central America 10 weeks pregnant (thank god that was long before Zika virus was a thing… whew).

Squeak’s hospital stay happened the week before L and her husband J were scheduled to travel here for transfer #2. She tried to decline our offer of a place to stay, knowing we were just recovering from all the hospital chaos, but I insisted. We had a fun night, staying up late talking, trying not to think of all that was at stake the following day.

There were two embryos remaining in storage. The transfer could go one of three ways, in order from worst outcome to best:

I was optimistic, and gave L a hug as I left for work that morning.

A few hours later, I whooped and did a little dance when a text from L arrived—the first embryo survived thaw. Option #3 from the list above: best case scenario.

Now we waited for the beta—the blood test for pregnancy.

Home Pregnancy Tests After Embryo Transfer: Yes or No?

Flashback to my own iVF cycles, in 2011 and 2013. I had three transfers in total, followed by a beta (a blood test for pregnancy) eight days after each transfer.

I am solidly in the latter camp. To be honest, I never once felt the urge to take a home test.

For my first transfer, I didn’t even know I could. I figured it was too early for it to detect anything. But sometime after my first transfer (which failed), I did learn that HPTs are something many iVF patients do.

For transfer number two, I wanted nothing to do with a HPT. I had a sinking feeling that the results would be negative, and I had no desire to rush to get bad news.

That phone call back in September 2011, where the nurse gave me the news that our fresh cycle had failed—that was the moment I lost my optimism. From that moment on, I expected the worst. The feeling never went away. If a test result is going to devastate me, why would I want to test at home and be devastated three days early? No thank you. I’ll wait and save my disappointment for the real deal.

Speaking of the “real deal,” that’s the third reason I never did an at-home test. They’re unreliable, and therefore, they only give half the story.

If your embryo is taking its time implanting—my Peanut, if you remember, was crazy low; just 13 at our first beta—your HPT might detect nothing. Many HPTs have a threshold of 25 or higher. If I I had taken a HPT, I’d have been incredibly disappointed, only to learn at my beta that I actually did have a positive result. It would’ve set my head spinning and caused a lot of worry for nothing.

The opposite can also happen. You could get a big positive on a HPT, but a beta result that’s very low. That could indicate dropping HCG levels (i.e., miscarriage), or it could simply indicate that your embryo is taking longer to implant. You won’t actually know until your second beta, two worry-filled days later.

If you’d avoided a HPT and waited for the beta results, a low result would still cause you to worry. But more than likely, you’d try to remain calm and wait for the second beta before you got really freaked out.

There are 36,000 google results for “negative HPT, positive beta ivf.” These are women frantically posting on message boards, looking for hope.

The response to one poster: Those stupid hpt’s only leave you full of more questions & doubt, regardless of whether it’s positive or not!! I’ve seen both false negatives AND false positives!! You won’t have any question when you have your beta!!

Exclamation-point-drowning aside, she’s right, in my view. I also saw several people refer to HPTs as “evil.” I’m in full agreement. They tell you nothing and only cause more stress.

Put down the home pregnancy test. There is a such thing as “too much information.”

I was lucky to go through my first and second iVF cycles with very little information. I knew that a 13 beta wasn’t good, thanks to Betabase, but I had no idea how bad 13 was until much later. My ignorance helped me stay blissfully unaware until we saw Peanut’s heartbeat on ultrasound.

The HPT Rears its Ugly Head

Poor L is under so much pressure. They’ve poured tons of money into this embryo adoption, and have been waiting for a baby for 4 years and then some. She couldn’t wait. Plus, with her first pregnancy, the HPT gave a solid positive, which was backed up by the beta a few days later. She had no reason to believe a HPT could be a bad thing.

She tested a few days before her beta using an early response test. It was positive, and she shared the good news with me. Additional HPTs each day leading up to the beta were also positive. Yay!

The day before L’s beta, we took guesses at what we thought it would be. I chose 367, which is what Squeak’s first beta was.

The beta came back low. Not as low as Peanut, but very, very close.

The upside is that we already know my embryos have a tendency to do this; to implant late and therefore give a crap first beta. The first beta itself doesn’t matter as much as the second one; did the number double over 2 to 3 days to signal a strengthening pregnancy?

As we waited for the second beta, we hoped beyond hope for good news. It’s that awful balance between being realistic and prepared for bad news, but also being positive and encouraging.

It’s funny. It wasn’t my cycle or transfer. I only met L and J a little over a year ago. But my heart was—and is—totally invested in their outcome. I want this to work, so much. A failed cycle after a miscarriage just isn’t fair. They’ve been through enough.

But the universe didn’t listen to my, or anyone’s, pleas.

The second beta showed dropping HCG levels. Technically, it’s called a chemical pregnancy, but that isn’t really fair. It’s a miscarriage, albeit an early one. The embryo was implanted, and then it wasn’t. No reason, and no way to find out why.

L&J have one embryo remaining from the three we gave them, plus six more from their second donor. They decided to take some time, at the urging of her doctor, to address a uterine fibroid that could be causing issues, though there’s no way to know if it caused the second miscarriage. It had grown significantly in the past few months. The surgery and recovery from the fibroid removal means the next transfer won’t happen until at least late summer, perhaps later.

In the interim, L will get to enjoy a well-deserved infertility vacation, where she can pour herself into everything she enjoys: crafting, gardening, even some vacationing. I hope she can let herself enjoy it. We had a forced infertility vacation just before our first iVF cycle; it was summer, and a great exercise in patience. I won’t say it was the best thing ever, but I did have a lot of fun that summer. A forced break meant I was forced to focus on other things, and that was a good thing.

As far as me, and how I’m feeling about all this? My emotions are pretty stable right now. I am glad there’s a timetable for the next transfer. Being in limbo about timing would be difficult, but I know they have a plan that hinges on the outcome of her surgery. I know L is as anxious as I am to know how this story ends.

I’m just trying to be compassionate toward L, to remember how it feels to be in the throes of the waiting game, one where you have zero control over the timetable and the wait feels interminable. It’s not fun.

We plan to get together over the summer, and I can’t wait. Lucky for me, L and I have more in common than just embryos. She’s my friend, and I’m looking forward to the visit. I just wish I could do something more than just be a friend. I wish I could make this work, dammit.

So far, the universe isn’t listening to me. I’m one of many people hoping that the universe figures it out soon, and gives these folks the happy ending they so deserve.