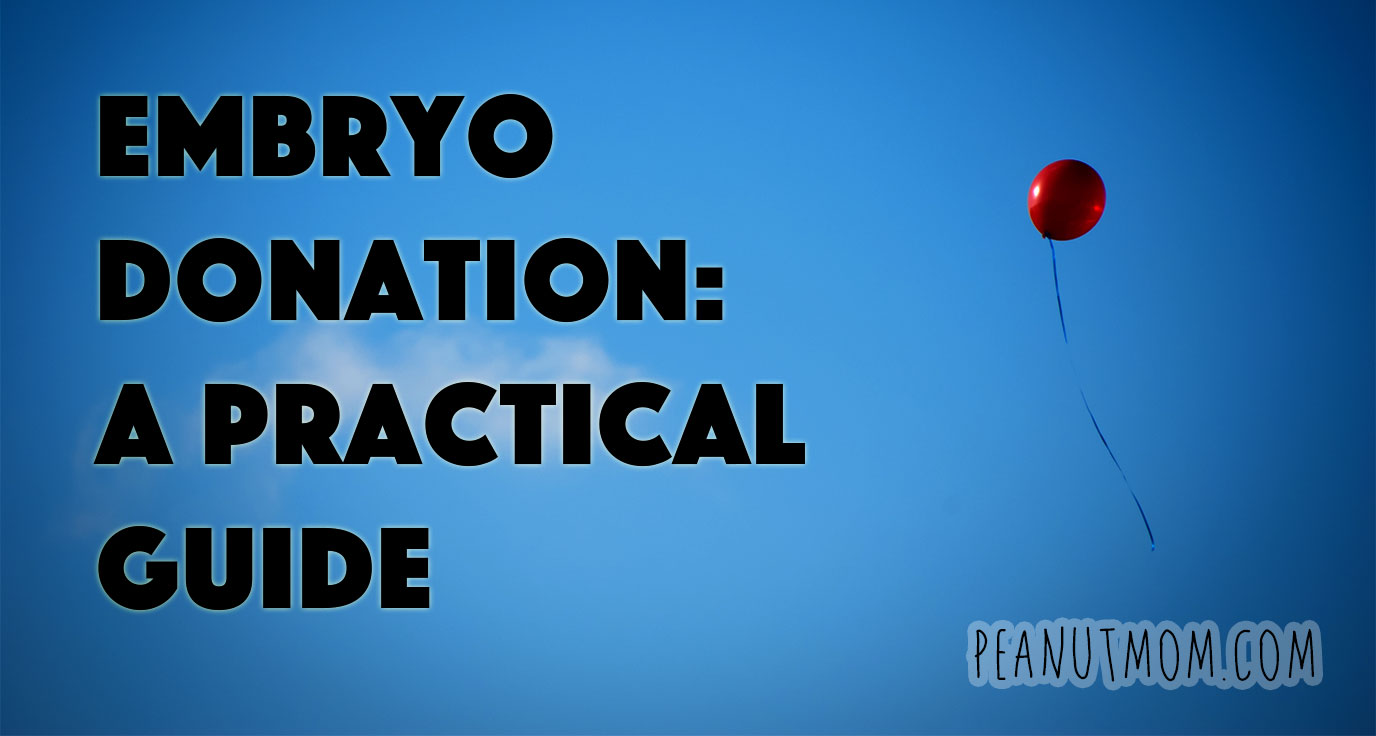 This is the second chapter of my Embryo Donation Guide. Read an introduction and get a table of contents, with links, on the Embryo Donation: A Practical Guide page.

We’d made the decision to donate our embryos. Yay! Cue the celebratory music!

What a relief, right?

Whoa, Nelly. The next big decision loomed: would we choose who received our embryos, or did we want to donate anonymously? Could we handle donating them to our iVF clinic and allowing them to choose a deserving couple without our involvement? Did we want to know about any babies that resulted, or would it be too upsetting? Is ignorance bliss in this case?

It boils down to one question: “How much do I really want to know?”

Ambiguity can be a bad thing…or a good thing

For me, anonymous donation had a big upside: it was wham-bam-thank-you-ma’am. Once you choose anonymous, the hard decisions are finished. There’s no drawn-out donation process. You’re not sifting through profiles of couples in need, which can induce a ton of stress and guilt. Plus, you can live blissfully unaware of how any surviving embryos-turned-children are being raised.

It also had a major downside: lack of information.

At my clinic, you do not find out if a pregnancy resulted from your embryos, and you do not learn if a live birth resulted from them, either. Number, genders, names, locations—all remain a mystery. I’d be allowed to put a geographic limitation on the donation (for example, no adoptive families within 150 miles), but that’s it. We couldn’t exclude Duck Dynasty fans or Donald Trump voters.

I am a big—perhaps even hugely ginormous—fan of information. Not knowing something drives me crazy, so it’s a good thing I am alive in the Era of Google.

If we donated anonymously, I could easily imagine accosting a mother in the grocery store whose child looked just like Peanut or Squeak. I’d be the crazy lady lurking in the produce aisle, trying to strike up an awkward conversation with a stranger: “Excuse me, I’m sorry if this is weird, but did you by chance adopt this child as an embryo?”

I would see our embryos everywhere I went, always wondering, and never getting the answer.

I do not handle ambiguity well. I know this about myself.

In addition, my husband was acutely aware of the miniscule—yet still totally real—possibility that our children could meet and hook up with their full genetic sibling. These “statistically impossible” situations are in the news constantly: siblings, with no knowledge of each other, just happen to get jobs at the same Lenscrafters; twins separated in infancy reunite after a food fight at summer camp (wait, that’s The Parent Trap… never mind).

It’s entirely possible that Peanut or Squeak could lock eyes across a crowded bar with someone they’re instinctively drawn to, only to find out after the deed is done that they’ve just shagged their sister or brother. *shudder*

Is it likely? No. Do we want to take our chances on the Alabama Lottery (i.e., “Am I related to this person I’m about to sleep with?”). No thank you.

Nathan and I are just one couple who made a choice based on what’s important to us, and what we can handle.

Many iVF parents cannot fathom doing a known or open donation. For them, ignorance isn’t bliss, it’s relief. Knowing the details of their genetic child’s life—a life in which they would take a back seat—would destroy them emotionally.

Jill N., the donor mom I mentioned in an earlier chapter, plans to donate anonymously. I asked her about her choice to remain anonymous, and the idea of “ignorance is bliss.”

“I agree ignorance is bliss, however I know for the rest of my life I will look at playgrounds and crowds wondering if it worked, if they are out there and what became of them. I often go through the imaginary scenario in my head of the late night call from my genetic son or daughter. So in a way I envy you for knowing. I wish I was strong enough to be able to participate in the donation and their life. I think no matter if you donate anonymously or you are in an open donation process it hurts.”

Anonymous donors love their embryos just as much, if not more, than donors who pursue a known donation. Be careful that you don’t mistake an anonymously donated embryo for an unloved or unwanted embryo. Their gift, like any embryo donation, is most likely done out of love. In Jill’s case, and probably many more, so much love that they cannot bear the strife of being involved in the child’s life.

Once you know, you can’t un-know

Known donation has its own pros and cons.

Donating to a known couple is like a live adoption in that you, the donor, choose exactly who receives your embryos. You also determine any stipulations that go along with the exchange. You could choose someone you already know, or work through an embryo adoption/donation matchmaking service.
The upside: You will know exactly where your embryos go. This means you can select a couple you’re comfortable with. You have all the information you desire about both the recipients and any children born from your embryos.

You can stipulate exactly how much or how little information you want, how often, and for how long. You will know how many babies result from the embryos, where they live, their names, and what they look like if you’re so inclined. There will be no shortage of information here.

The downside: You will know exactly where your embryos go. That means you’ll find out about (and be burdened with) anything bad that happens. Divorce, death, drive-the-car-into-the-lake-with-kids-inside, etc. The worst stuff, though unlikely, will come to light.

Depending on your level of contact, you may learn things about how the recipients choose to parent their children, and may not like their choices. You could potentially find yourself regretting your selection based on information you learn years down the road.

You’ll know how your embryos “turn out” if they become adults, provided you live that long. Lawyer, doctor, felon, wife beater… you’ll have access to all of this information. It may not be sunshine and puppy dogs, or the outcomes could be wonderful. Either way, you’ll know.

Somewhere between anonymous and known

At my clinic, donors would know nothing about the recipients, but recipients would learn a decent amount of information about their donor: racial/ethnic background, genetic history, height, weight, eye color, and hair color, as well as number of living children.

There are probably donation/adoption programs out there that allow donors to select recipients without revealing the donor’s own identity. Some donors choose this route when they donate; they might select the adoptive parents themselves, but expressly write into their contract that they want zero contact until the child is 18. There are many different ways you can slice and dice it.

But you first need to decide what that slice-’n-dice will look like. Once you’ve landed on your ideal plan, you can move forward.

As you can see, downsides abound for both. Choosing a route among these options was tricky.

Based on my own decision criteria, the choice became clear pretty quickly. As soon as I learned that I would never know if my embryos became babies, I threw the anonymous option out the window. We also wanted a big role in choosing the recipient family, and wanted information about how any resulting children were doing over the years. Known donation it would be.

With that decision out of the way, a doozy was up next: to whom would we donate? And how were we going to find them?!

Read on for Chapter Three—Finding Recipients.

Check out my blog entries written as we went through the process, including: