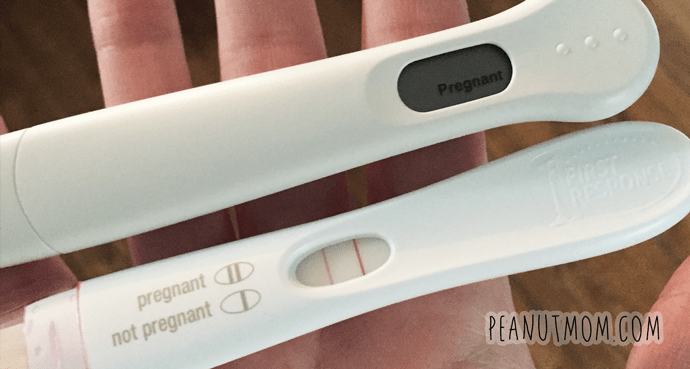 It’s official: my embryo recipient is pregnant with my genetic child.

From the beginning of this process, I’ve been waiting to feel the strife that other donors describe. The debilitating sadness, crying fits, and grief. Up to now, I’ve experienced nothing remotely close.

Then, three days ago,I learned that my recipient had a positive pregnancy test–her first positive test in four years. It was an at-home test, but the next day, a blood test (called a ‘beta’) confirmed what we already knew: L was definitely pregnant.

Processing this news was the hardest part yet of donating, and took me by surprise. I was happy for L — so so happy. But at the same time, a strange feeling settled over me. A little gray cloud, one I couldn’t exactly define. I was sad… but why? Was I grieving? Jealous? Worried? Scared?

I couldn’t put my finger on the feeling. Just a dull, nagging sadness, following me through my day.

Ten days earlier, I was over the moon when we learned that the very first embryo survived the thaw and was transferred (that means there are still two more in storage for more attempts). I told everyone who would listen; I was so proud of my little embryos.

But the news of L’s pregnancy was different. I didn’t feel like sharing the news with many friends. I texted a couple girlfriends, who reminded me that I was giving L&J an amazing gift. A woman in my Facebook embryo donor group nailed it: “We want so much to help others and to give our embryos a chance at life, so there is the happiness and joy in that, yet at the same time we need to mourn our loss. It is okay to have all the thoughts and emotions. We’re doing something that 95% of people with leftover embryos can’t bring themselves to do,” she said.

It made me feel much better. A reminder why I started this.

My recipient, L, is sensitive to what I am experiencing; in the chaos of her big news, she takes the time to ask me how I am feeling. She encourages me to talk to her about the weird feelings, which is helpful.

I often feel like nobody can really understand what this feels like, with the exception of the women in my Facebook embryo donors group, but they’re not exactly available for a chat. None of them send me random texts asking how I’m doing (which L does, bless her heart).

The emotions that come along with donating an embryo are brand-new territory. There’s no self-help book for “What to Expect When You Learn that Someone Else is Pregnant With Your Genetic Child”. (And my therapist is on maternity leave until January; worst timing ever.)

It’s been three days since I first learned the news. Each day is a little easier. I still don’t know the source of the Nagging Sadness, but happily, it’s dissipating every day.

In its place is excitement for L, and empathy for the newfound emotional minefield she’s traversing. After four years of failed procedures and bad news, she’s finally gotten good news. Naturally, she’s terrified it will all come undone. Pregnancy after infertility is an exercise in sheer terror.

Fear of a negative beta is replaced by fear that the second beta won’t double like it should. That fear is replaced by fear that there will be no heartbeat on ultrasound in 2 weeks when they see Baby for the first time. Fear of miscarriage. Major health problems. Premature birth. Every time you reach a milestone, you wish you could relax and enjoy it. But it’s hard to let go of the fear long enough to celebrate. I had the same experience.

Last night, while wrestling with Peanut and Squeak, I looked down at my beautiful babies and an awful thought popped into my head: L is pregnant with another little Peanut or a Squeak. One JUST LIKE MINE. I’ll admit it: I freaked out a little.

But then my friend logic returned to me. If I had a third child, it wouldn’t be an exact copy of Peanut or Squeak. That child would be its own person, different from its siblings. The baby currently growing in L’s belly is its own person, too. Thinking of it as Peanut 2.0 or Squeak 2.0 is emotional torture, not to mention completely inaccurate.

So what should you expect when someone else is pregnant with your genetic child? I can tell you this: there is no set emotional sequence we’ll all go through. Donating is an emotional journey, and every woman will experience it differently. Don’t expect ease; expect some crap moments. But ultimately, remember why you did it in the first place: because right now, in Minnesota, a tiny little human is growing inside L.

I did that. And it feels wonderful.

← Previous Post: I Want My Husband to be a Single Parent (for about 40 hours) Next Post: Getting lost in your significant other →