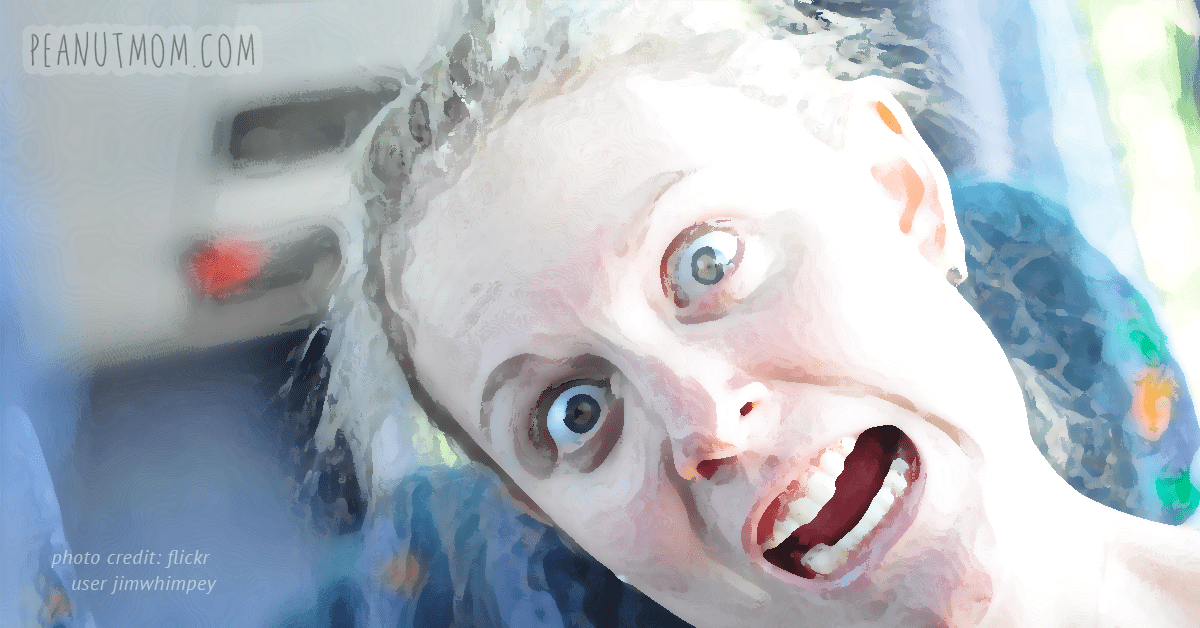 It was supposed to be a happy Facebook newsfeed story.

“Couple surprises friends with twins’ gender reveal,” the headline said. You could clearly see a woman, very pregnant, holding three balloons. Two blue, one pink. So obviously it wasn’t twins, it was triplets.

I glanced at the story, then made the grave mistake of looking at the comments. 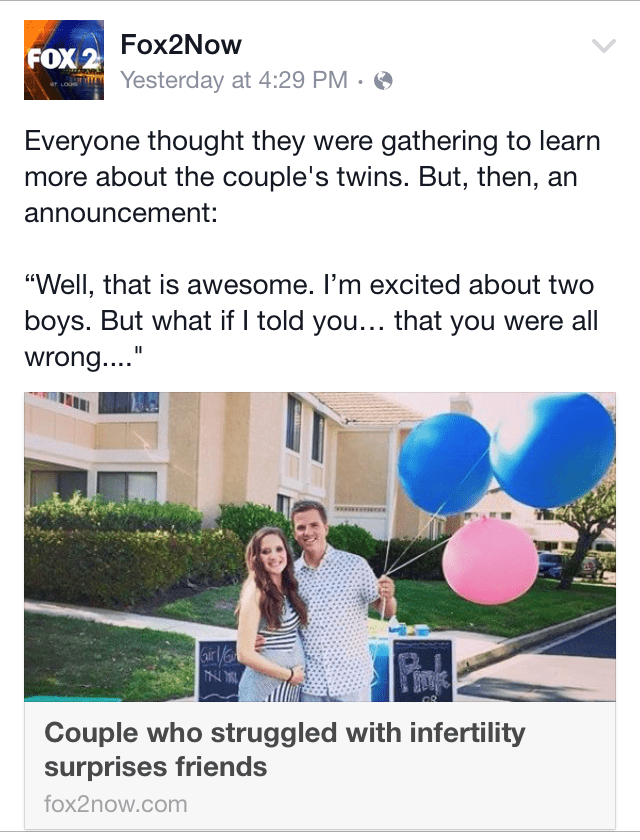 I’ve been seeing anti-IVF sentiment a lot lately, coming from nutjobs obsessed with the slim chance that a viable embryo could be discarded as part of the process. In their [crazy] eyes, it’s equivalent to an abortion. (How could you?! Murderer!)

While it is nearly impossible to educate a fanatic, I will do my best, because they need to understand that while discarding embryos is a common part of iVF, they’re almost always non-viable embryos. Clumps of cells, invisible to the naked eye, that haven’t survived the thawing process. They’ve stopped developing and will never result in a pregnancy.

Discarding of a viable embryo during iVF is extremely rare. There are only a couple of circumstances where discarding a viable embryo would even be possible, and almost none where you’d be forced to discard a viable embryo. But for all the crazies who just don’t get it, here’s the rundown.

1. So many fertilized that you can’t possibly use them all.

This happens a lot. It happened to us — that’s why we are donating our embryos. Sadly, some people with extra embryos just can’t handle the idea of embryo donation. I wish they would just talk to the mother of child who resulted from an adopted embryo; it would open their eyes to the amazing gift they could give someone.

Individuals unwilling to donate are likely to discard their embryos, purely because they would rather discard them than donate — lesser of two evils, in their mind. But nobody ever discards during the process of trying to get pregnant. The fate of leftover embryos is decided years later — but hopefully as embryo donation becomes more well-known, it will happen less and less.

2. You thaw more than you intend to transfer.

If you have embryos on ice, you need to thaw them before they can be transferred. Depending on when they were frozen, they might be able to go in immediately after they’re warmed up or they might need to culture in the lab 3 to 5 days. Just a few years ago, too many thawed and viable embryos was a conundrum, but cryopreservation has gotten really, really good. You can refreeze embryos that were thawed at pronuclear or cleavage (early stages). And while the jury is still out on the effectiveness of these embryos, they can and do result in pregnancies. There’s just less research on them. In fact, one of my embryos is a refreeze, so we will find out how it does when my recipient transfers it.

Good iVF labs thaw responsibly, so that any waste is minimal (one embryo in most cases). Sometimes, even if you’re conservative, your embryos beat the odds and you’ve got one more than planned. That’s why people end up transferring two, or more. My blog about the dangerous increase of iVF twins made it clear that everyone and their friggin’ brother is transferring two embryos. Trust me, nobody who’s willing to go through the difficulty of iVF would be flippant about discarding a viable embryo.

3. A viable embryo tests positive for a fatal genetic disorder.

The key here is fatal. That might mean that the child wouldn’t survive the pregnancy, or wouldn’t survive more than a few days past its birth. Sometimes the genetic abnormality causes miscarriage. In vitro fertilization with pre-implantation genetic diagnosis (iVF-PGD) lets you focus on embryos that do not carry the mutated genes. It might also mean selecting a specific gender, if the disorder is passed only to male or female offspring.

Calm down. We’re not talking designer babies here. Couples aren’t selecting embryos based on eye color and hip-to-waist ratio. They’re selecting embryos that will survive pregnancy and not suffer from debilitating, awful diseases that will cut their lives short. Like Tay-Sachs. Cystic fibrosis. Huntington’s. Creutzfeldt-Jakob. This gnarly brain disease. And hundreds more.

And don’t give me that line of shit about genetic disease being “nature’s way of thinning the gene pool.” If nature could be trusted with that job, people like that idiot Jennifer Petry Coulter (the Facebook commenter seen above) wouldn’t exist. Besides, these couples doing iVF-PGD can procreate on their own. But they love their future children so much that they don’t want to give them life and a death sentence simultaneously. We all want to give our children long, happy, healthy lives. This is just another way of ensuring they have the best chance at it.

Can you prevent the discarding of viable embryos one hundred percent of the time? No, not completely. But discarding an embryo isn’t the same thing as an abortion. That’s a pregnancy in progress that’s being electively terminated. “Abortion stops a beating heart” is the fanatics’ rallying cry, and I can tell you with certainty that no embryo has a beating heart.

If you were to do nothing with that little embryo in a petri dish, it wouldn’t survive outside the womb.

I spoke with an expert on embryology, who told me that he knows of no laboratories that have successfully cultured an embryo beyond 7 days and had it result in a pregnancy or live birth. Neural tube development begins at 14 days, which is the max that you can culture an embryo for research purposes. He knows of zero labs that have reached 14 days of embryo culture.

Let me be clear: no embryo has survived in a laboratory beyond 14 days.

Equating iVF and abortion is like saying that Britney Spears and Christina Aguilera are equally talented just because they both started out on the Mickey Mouse Club, or that Rush and Nickelback are the same because they’re both from Canada.

Part of me hopes that the crazies who post obscene things like “And how many embryos are they killing?” are actually just trolls. I’d almost prefer to live on a planet where someone’s idea of fun is getting people like me all worked up.

But my fear is that they actually believe their rhetoric, and they believe they are righteous in their ignorance. And that scares me, because God help the future if people with more opinions than education become the majority on this planet.