“Why are you so bitchy?” 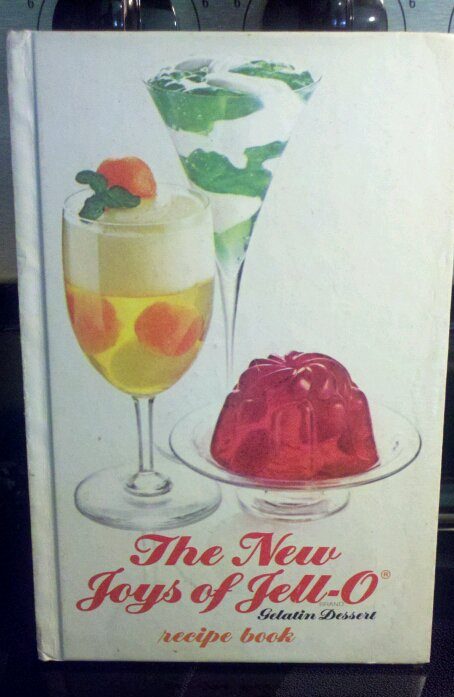 Actual Jell-O cookbook, circa 1973. My mother kept this for the last 40-some years because she thought it might have some “good” recipes in it. *sigh*

Last week, I got the bad news that the latest attempt (which involved a cocktail of pills, injections, and a not-pleasant trip to the doc for an insemination) had failed. I held it together for about two minutes, trying to be Tough Girl, and then I started to cry and couldn’t stop for about two hours.

By the next day, I felt like my head was on straight, and I had my wits about me mentally.  But two days after “the news,” I helped my mother move into her new house. Here’s what I learned, which I will put into handy equation form for you.

I was argumentative and on the verge of tears almost the entire day. After a lengthy debate over placement of a china cabinet (yeah, I know) I up and walked out the front door and took a half-hour walk to calm down.

In hindsight, I wish someone (including me) would have realized this wasn’t about china cabinets or country farmhouse decorating (though someone should definitely have a discussion about it).  What would have been helpful? Something like this:

“You don’t seem like yourself. I know you’ve had a hard week. Why don’t you take a break or a nap? Or better yet, Dairy Queen probably has a surplus of Double Fudge Cookie Dough Blizzards, why don’t you go look into that?”

Alas, life rarely gives you exactly what you need. But if you have a particularly bitchy and teary-eyed girl who recently got some bad news, cut her some slack. Give her a nice long break from the stress. And for pete’s sake, buy her an ice cream cone.