“Omg, did you see my ultrasound pictures?!” 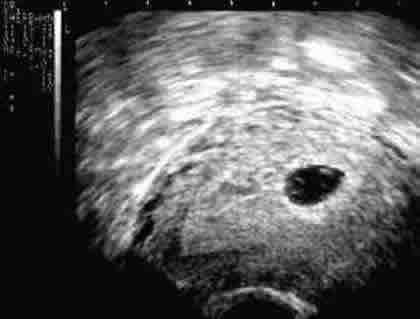 Of all the things NOT to say to a woman who’s trying to get pregnant, this is a total no-brainer. Yet it happens allllllll the time. 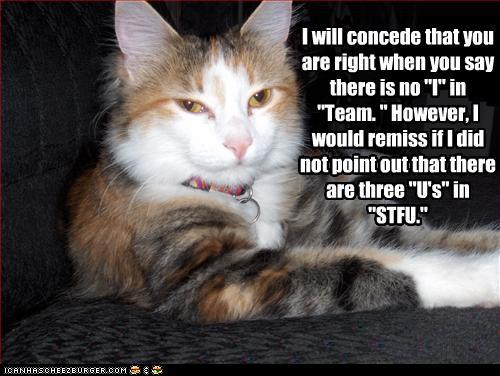 LOL Cats almost always say it better than I ever could.

I understand why you, Pregnant Girl, feel the need to share. You’re absolutely overjoyed that you’re preggers, and you absolutely MUST tell anything with a pulse. This unfortunately includes the poor barren girl sitting next to you in the status meeting — the last person in the world who wants to hear about it.

As her coworker, you probably know she’s been trying, and if there’s no announcement, you can assume she’s not pregnant now. Which makes you incredibly insensitive, especially if you tell her your “big news” at the start of a meeting, forcing her to either stare at the ceiling like a zombie while trying not to cry, or worse, running from the conference room sobbing.

When it comes to sharing your “I’m knocked up” joy, understand that this will not be easy news for her to hear, particularly if you weren’t even trying to create a little booger.

She’s sad. She’s jealous. She’s angry. And she’s really, really pissed that you waved it in her face.

She’ll need some time alone. A good boss (like mine) will let her close her office door for the afternoon while she gets it out of her system (thanks, boss lady!).

So we’ve covered the WRONG way. What’s the right way to tell your infertile coworker that you’re expecting?

If you don’t like her, wave those ultrasound pictures until you’re one giant papercut — I really don’t care (and neither do you, incidentally)!  But if you do care about her, either in the name of workplace harmony or genuinely as a friend, you’ll need a different tack.

Here’s a tactic I would appreciate: being told first (or at least before everyone else). Talk to me alone, in a place where it’s okay if I cry like John Boehner. Sit me down and explain that you have some news, and while you’re happy and want to share it, you also realize how this might be difficult for me to hear, and you are aware of what I’m going through and don’t want to make it any harder than it is.

Something like that will do just fine. You showed that you recognize the impact your news will have on me, and because you’re my friend, you sat me down and told me first and in a place where I could lose it if I needed to. That was easy, wasn’t it? You just scored some major, major brownie points.

And trust that eventually, I will ask to see your ultrasound pictures.