I’m done having kids… or am I? 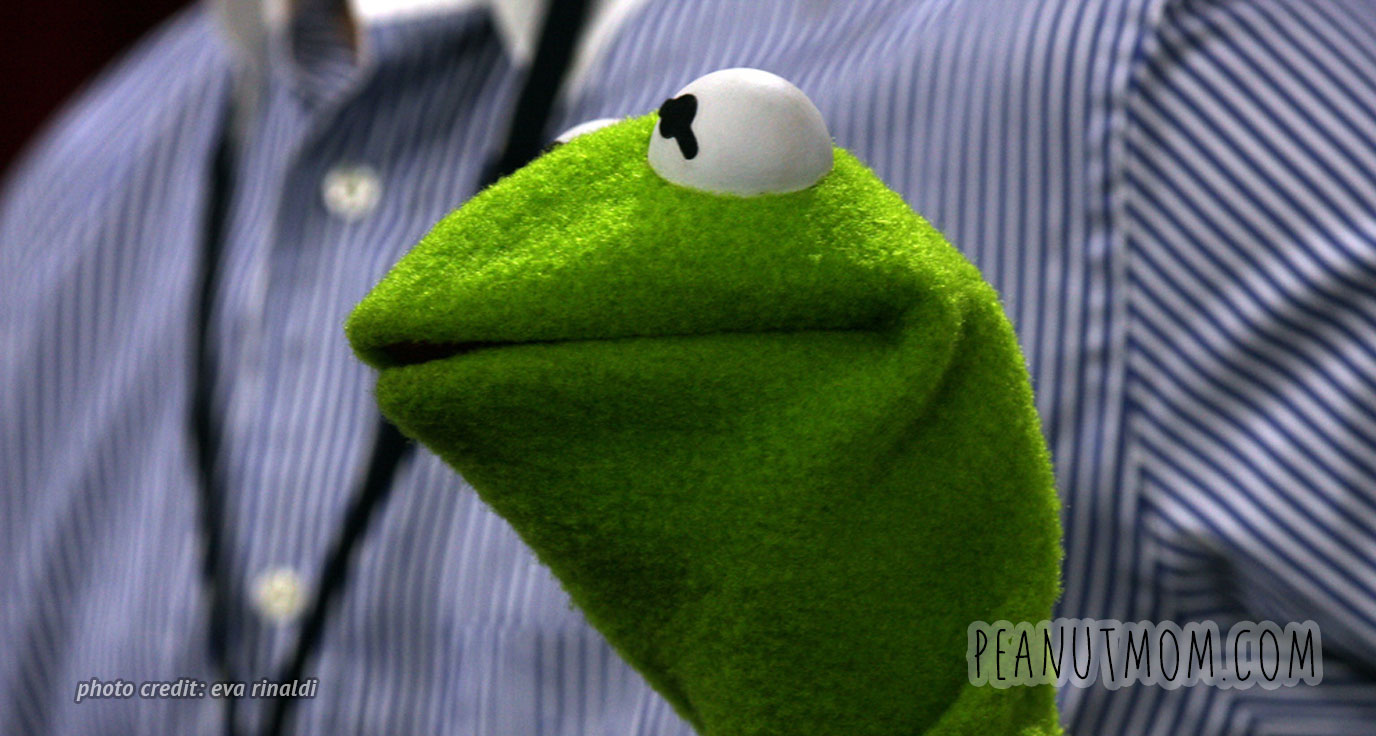 At a girls’ dinner recently, conversation turned to the topic of being done having kids. One friend shared, “I’ve always heard that if you can measure your ‘done-ness’ by your reaction to a friend’s pregnancy announcement. If you don’t feel anything, that’s a pretty good indicator that you’re okay with being done.”

Two moms at the table who were done having kids both nodded in agreement.

I should have been nodding, too. But I couldn’t.

I am done having kids. But I still feel envy and nostalgia when I hear about a friend who’s pregnant—particularly if that friend is having her third child. Not just a twinge of those emotions; a big ol’ punch to the gut.

It makes no sense. How can I possibly feel that I’m definitively done having kids, but at the same time, be jealous of my pregnant friends?

I can only conclude that my brain is battling it out with my heart (and my hormones). I already know who will win—my brain. Despite that, my heart is hanging on, taking swings long past when she should’ve been knocked out. So far, it’s one hell of a fight.

My brain is certain: two is enough. Inside my head is a very logical voice, who weighs things like time, money, my sanity, and the staying power of my marriage.

I don’t have the laissez faire, go-with-the-flow temperament required for a quiver full of kids. I’m uptight, nervous, anxious, over-planny, and all of the things you shouldn’t be if you are going to have a ton of kids.

My husband travels for his job, so I find myself doing the solo parent gig pretty often. I don’t mind it, but I don’t loooooove it, either. I realize it will get easier as they get older, but I can’t imagine solo wrangling two small humans and an infant. It was hard enough with ONE toddler and an infant. I really cannot fathom doing it again.

Daycare costs more than college tuition in Iowa, and even after they start school, you’ve still got before-and-after-school care to pay for. I don’t think saddling ourselves with $800/month in daycare is financially wise.

Yes, I’m just thirty-six, and people have kids past 35 all the time. (Janet Jackson is 50 and pregnant…  just irresponsible if you ask me.) My body did okay with my second pregnancy, but afterward, shit went haywire. I’m still dealing with the digestive issues that started when I gave birth to Squeak, and my reproductive system is rebelling too. I can only guess what would go wrong if I put my body through another pregnancy, this time three years older.

Even if I could get over numbers 1 through 4—which I can’t—I’d still have my husband to contend with, who was happy with zero kids, and then with just one, and now with just two. It would be really dickish and disloyal of me to upset his applecart. (He will claim I’ve already done it, twice. Even more reason not to try and change his mind.)

I could probably scrounge up a couple more little ones, like the fact that I sold all my baby gear and baby clothes, so it would be hella expensive to secure those items again. But these are the weighty ones.

They’re pretty damn solid, too, and I would expect them to be winning by a mile at this point. But they’re not. Every time a friend announces their pregnancy, I sneer and pout a little. I’m a little angry, a little envious. But why?

The illogical, irrational, hormone- and evolution-driven case that my heart is trying to make isn’t a very strong one. But here are its talking points:

(*ducks*—because someone is virtually throwing a shoe at me. Sorry, but I did.) I loved how people I didn’t even know smiled at me, and cars always stopped when I was waiting to cross the street. Strangers held doors, smiled at me in the grocery check-out, and struck up conversations in the oddest places.

I loved alllllll of it. I had never felt more beautiful and special. I loved the baby kicks, the growing belly, not being able to see my feet. I loved the excitement and anticipation in the weeks leading up to delivery (more so because I didn’t know gender either time).

Yes, I complained in third tri when I wasn’t sleeping for shit and was burping and farting all day. Flatulence aside, it was an amazing experience, one I was lucky to have twice. I just kinda wish I could do it again, minus the infant to care for at the end.

(*ducks again* Sorry—keepin’ it real, my friends.) I had two very rapid deliveries. Peanut’s was pain-free up to 8cm, for pete’s sake. Squeak’s was freaky fast, and involved about 90 minutes of painful contractions and voilà: baby. Both provided the biggest rush of euphoria when they came out. That feeling must rank up there with heroin (though I’ve no basis for comparison).

I had never felt anything like it before, and probably never will again. Who wouldn’t want that amazing feeling again?

I would give anything to do it a third time… except I would like there to be no baby to raise at the end. (Sidebar: the logical side of my brain warns me that I’m not likely to be so lucky with delivery #3. That’d be just my luck.)

My baby-making years began in December 2011, when I got pregnant with Peanut, and ended in July 2014 with Squeak’s birth. Not even three years, and it was over. It went way too fast. I had this idea that my baby-making years would go on for a long time. The better part of a decade, or at least five years. But that’s not how it worked out.

I wish I could have spread it all out more. Those 31 months flew by, and I feel like I didn’t get a chance to slow down and enjoy it. Part of wanting to have another baby is grieving the end of a stage of my life, one I wasn’t really ready to part with.

Sorry, but I gotta be real. I miss my pregnancy and nursing boobs. They were lovely. Now that we’re done nursing, they haven’t returned to their pre-baby glory (if you can call that pathetic showing “glory” at all). They’re depressing.

Every time I look down at my chest and cry a little, the illogical voice in my head reminds me: “If you got pregnant again, those boobs would be back for almost three more years!” It’s just delaying the inevitable, I know. So… does anybody have $8k for a boob job? 🙂

The perfect solution… or not.

So it turns out there’s a way to be pregnant and give birth without having to raise a baby when it’s said and done.

I’ve actually looked into the details. Isn’t that weird?

It pays very well—like put-your-kid-through-college well—but I’m not sure I could gestate a baby without becoming attached to it, even if it wasn’t genetically mine. After all, I donated my embryos with full belief that one does not need to be genetically related to the baby in your belly in order to bond with it, so it feels hypocritical.

Second, the specificity in the surrogacy contracts freaked me out. You get a big chunk of money every month after a heartbeat is confirmed, totaling over $35,000 in most cases. But there are also dollar amounts tied to every possible outcome. C-section? Here’s $2,500 extra. Emergency hysterectomy after delivery? Here’s another $5k. Willing to pump breastmilk? Here’s $250 a week! There’s even a dollar amount paid to your family if you die as a result of pregnancy/childbirth complications (which has actually happened… yikes).

I would be fine with the $750 maternity clothing allowance, and the $400 housecleaning allowance in your third trimester. But I couldn’t put a price tag on my uterus, or my ovaries, or my breastmilk. No dice.

Keep on keepin’ on

Even after laying out the case, it’s clear who will win this battle: my head. I’m done having kids. I know that. But I need some more time to come to terms with it.

Eventually, the logical/brain argument will emerge victorious, silencing the loser (right? someone please tell me this is the case).

Until then, I’ll keep on hearing “I’m pregnant!” and smiling through gritted teeth, hoping my face doesn’t betray how I’m feeling: a lot like Kermit the Frog.

It ain’t easy being green. 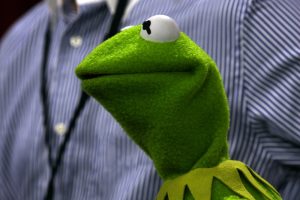